India’s total active caseload of COVID-19 dipped to 37,04,099 on Wednesday and now comprises 15.87 per cent of the country’s total positive cases, said the Union Health Ministry on Wednesday. 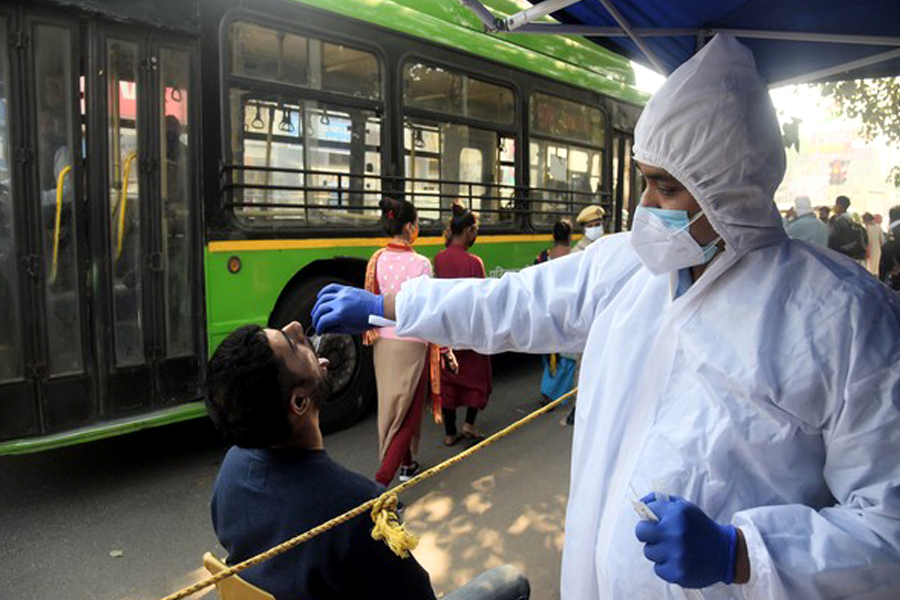 India’s total active caseload of COVID-19 dipped to 37,04,099 on Wednesday and now comprises 15.87 per cent of the country’s total positive cases, said the Union Health Ministry on Wednesday.

As per the ministry, new recoveries outshine new daily COVID-19 cases for the second consecutive day.

The ministry said that the Union Government is expeditiously delivering global aid to States/UTs under the “Whole of Government” approach, to augment their efforts in COVID management.

It further informed that 9,200 oxygen concentrators, 5,243 oxygen cylinders, 19 oxygen generation plants, 5,913 ventilators/Bi PAP and 3.44 lakh Remdesivir vials received as part of global aid to India have been delivered/ dispatched to States and UTs to strengthen and supplement their COVID response, so far.

The Union Government is ensuring a streamlined and fast delivery of the global aid to States and UTs through faster custom clearances, and use of air and road, said the ministry.

It further mentioned that the cumulative number of COVID-19 vaccine doses administered in the country has exceeded 17.52 Crore today as the Phase-3 of the nationwide vaccination drive expands further.

The ministry stated that a total of 17,52,35,991 vaccine doses have been administered through 25,47,534 sessions, as per the provisional report till 7 am today.

Ten states including Andhra Pradesh, Kerala, Bihar, Madhya Pradesh, Karnataka, West Bengal, Uttar Pradesh, Gujarat, Rajasthan and Maharashtra account for 66.67 per cent of the cumulative doses given so far in the country, it said.

As per the ministry, 4,79,282 beneficiaries of the age group 18-44 years received their first dose of COVID vaccine in the last 24 hours and cumulatively 30,44,463 across 30 States/UTs since the start of phase-3 of vaccination drive.

More than 24.4 lakh vaccination doses were administered in the last 24 hours, it said.

The Ministry informed that 3,48,421 new cases were registered in the last 24 hours. Ten states including Maharashtra, Karnataka, Kerala, Tamil Nadu, Uttar Pradesh, Andhra Pradesh, West Bengal, Rajasthan, Delhi and Haryana reported 71.22 per cent of the new cases in the country in the last 24 hours. Maharashtra has reported the highest daily new cases at 40,956 followed by Karnataka with 39,510 and Kerala with 37,290 new cases.

It further informed that the National Mortality Rate currently stands at 1.09 per cent. 4,205 deaths were reported in the last 24 hours.

According to the ministry, ten states including Maharashtra, Karnataka, Delhi, Uttar Pradesh, Tamil Nadu, Punjab, Chhattisgarh, Rajasthan, Haryana and West Bengal account for 73.17 per cent of the new deaths in the country.

Maharashtra saw the maximum casualties at 793 followed by Karnataka at 480 daily deaths, it added. (ANI)