Kiren Rijiju, the Union Minister for Youth Affairs and Sports, on Tuesday asked the Indian athletes to never break COVID-19 protocols of other countries. Rijiju’s remarks came as the Indian 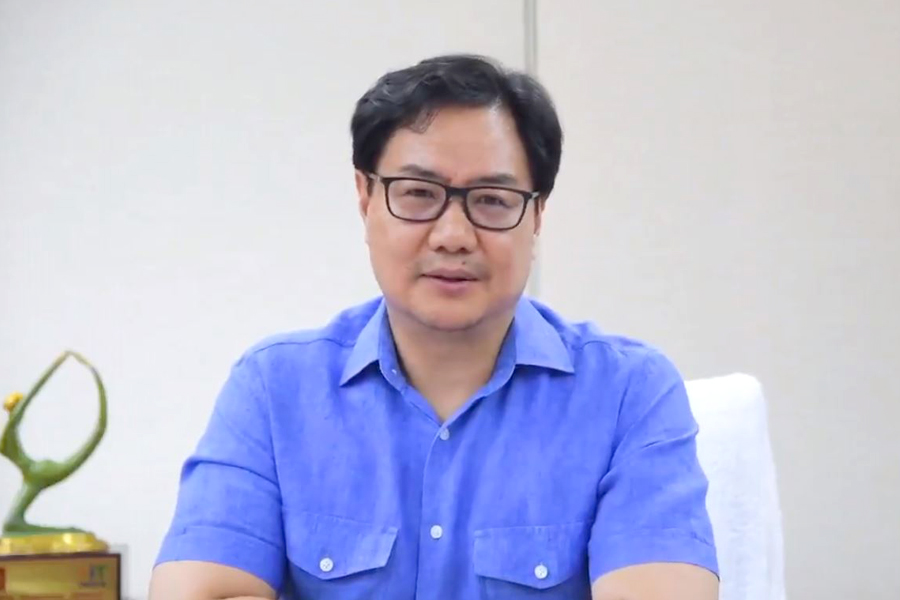 Kiren Rijiju, the Union Minister for Youth Affairs and Sports, on Tuesday asked the Indian athletes to never break COVID-19 protocols of other countries. Rijiju’s remarks came as the Indian shooting contingent departed for Croatia on Tuesday.

“Safe journey! Never break the COVID-19 protocols of other countries. Focus on training, take care and stay safe. Will provide all necessary support to our athletes and the coaches. All the best,” tweeted Rijiju.

The Indian Olympic Shooting squad has left for Zagreb, Croatia, in order to participate in the European Championship. The competition is scheduled to be held between May 20 and June 6 and the squad will be staying back in Zagreb for training, before directly moving on to participate in the Tokyo 2020 Olympics, scheduled in July.

The comment from Rijiju comes days after Indian Super League (ISL) club Bengaluru FC owner Parth Jindal had to apologise to the AFC after three of the Blues’ members allegedly “breached” the COVID-19 protocols in the Maldives.

Bengaluru FC had arrived in the Maldives on Friday ahead of their 2021 AFC Cup playoff clash. Maldives’ Sports Minister Ahmed Mahloof asked Bengaluru FC to leave the country following the “unacceptable behaviour” after reports emerged that three players from the Sunil Chhetri-led club flouted COVID-19 norms.

“Unacceptable behavior from @bengalurufc breaching the strict guidelines from HPA & @theafcdotcom. The club should leave the Maldives immediately as we can’t entertain this act. We honoured the commitment we gave a few months back even with the surge in cases & pressure from the public,” Mahloof tweeted.

After the incident, Jindal said the franchise will take “strictest action” against the players or staff who breached the protocols.

“On behalf of @bengalurufc, I am extremely sorry for the inexcusable behaviour of three of our foreign players/staff while in Male – the strictest action will be taken against these players/staff. We have let @AFCCup down and can only say that this will never happen again,” Jindal tweeted.

Bengaluru’s FC playoff stage match has already been postponed and AFC has also called off the Group D matches of the AFC Cup which were slated to be played in the Maldives. (ANI)