Following the death, the doctor performed a postmortem on the pachyderm, where the sword that was driven completely into the body was recovered from just near its kidneys 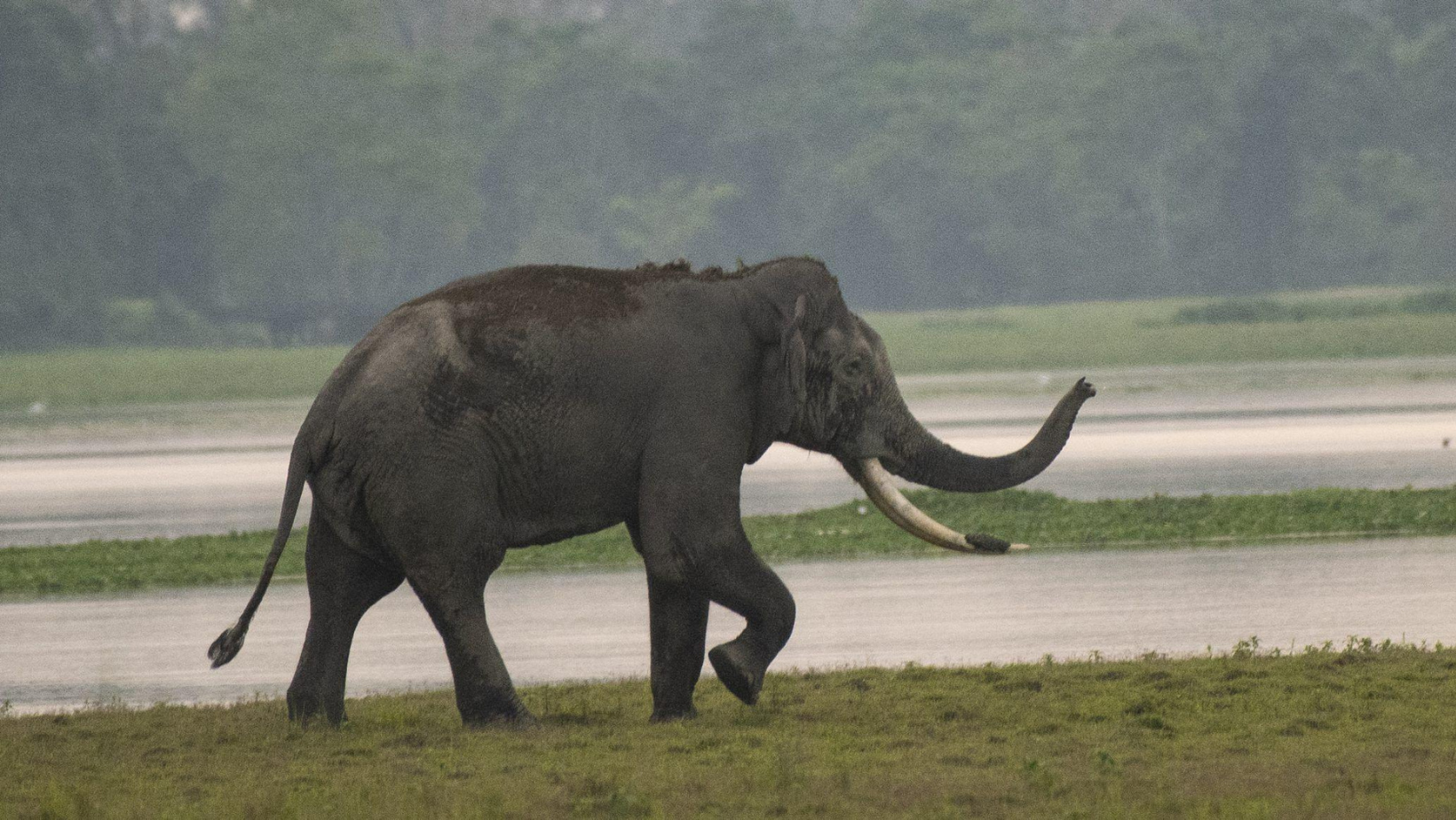 In a horrific incident that took place on Monday, a young elephant lost its life after a sword was inserted into its body by suspected miscreants from across the border in Bangladesh. The body of the pachyderm, however, was found inside the India border near Kalaichar in the South West Garo Hills (SWGH), where it allegedly lost its life despite efforts by the Wildlife Department.

The incident apparently took place during the night before when the elephant, which was with its herd, was allegedly chased by villagers from across the border. One of them apparently inserted the sword while the pachyderms were being chased. As if the insertion of the sword was not enough, it was suspected to have been poisoned.

As per reports, on January 16, BSF inspector Douminwan, Off Coy Commander, BOP Balughat, and 28 BN BSF informed the Range Officer that they had observed one wounded elephant moving around the area that had crossed over from Bangladesh to Indian territory. They asked for immediate assistance to save the elephant. However, by the time the team reached the spot at around 12:15 PM, the elephant had already passed away.

“We received information of an elephant being in extreme pain near Balughat – Kaliachar border. Immediately a team from the Wildlife department, along with a doctor (vet) rushed to the spot to help save the victim but by the time we reached, the elephant was already dead and the herd had disappeared,” said DFO of Wildlife, West, South and South West Garo Hills, Rupankar Marak.

Following the death, the doctor performed a postmortem on the pachyderm, where the sword that was driven completely into the body was recovered from just near its kidneys.

“We suspect the sword was poisoned, and the pachyderm died an agonising death not only from the sword wound but also from the poison. We will be able to provide more details following a toxicology report. This is inhumane to say the least,” informed the DFO.

Following the postmortem, the wildlife department filed an FIR at the Puralhasia Police Station for action against the culprits.

Upon hearing of the incident, a resident from Tura, Maxbirth Momin, expressed disgust with the extremeness with which the elephant was killed.

“We have to understand that they (elephants) are not at fault, as they too share our space. Whether done by someone from India or from neighbouring Bangladesh, whoever has done this deserves to really think about the ethics that he/she follows. This is plain murder and needs to be treated as such. I just pray that such people understand the gravity of what they have done,” said Maxbirth.

Also Read: Meghalaya: Elephant rescued from No Man’s Zone in the India-Bangladesh border