Home  ⁄  topnews   ⁄   Eid-ul-Fitr celebrated with fervour across nation; people come out in large numbers to celebrate the auspicious occasion

Eid-ul-Fitr celebrated with fervour across nation; people come out in large numbers to celebrate the auspicious occasion

Nation celebrates the much awaited festival of the season today. Eid-ul-Fitr, which marks the culmination of the fasting month of Ramzan, is celebrated today across the nation with much fervor. 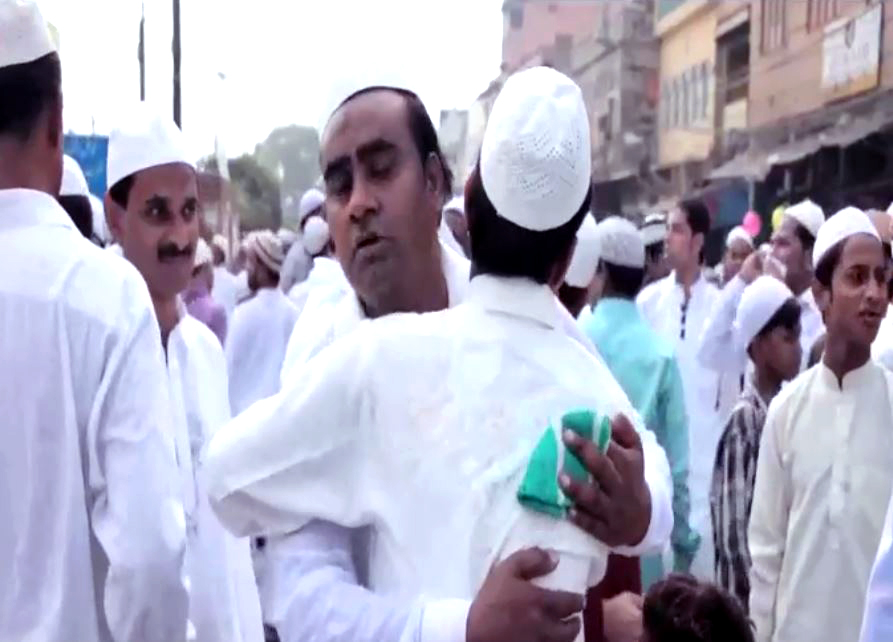 Nation celebrates the much awaited festival of the season today. Eid-ul-Fitr, which marks the culmination of the fasting month of Ramzan, is celebrated today across the nation with much fervor.

Friends and families on this occasion exchange gifts, with children being rewarded in cash by what is known traditionally as ‘Eidi.’ People invite friends and guests and relatives to grand feasts which comprise of savory cuisines on this auspicious occasion. Festive revelers dress in traditional fineries. People gather at various Idgahs and mosques across the nation to offer their prayers on this auspicious occasion.

Large gathering of devouts were also seen in various parts of Guwahati. People were seen gathering for morning prayers in different parts of the city. People gathered for prayers in large numbers at the Machkhowa Idgah field this morning. People were seen hugging each other and exchanging pleasantries as they prepared for the festivities ahead.

People were seen gathering in large numbers for their morning prayers on the auspicious occasion. Eid festivities were also seen in Shillong as people gathered at the landmark Medina Mosque to offer morning prayers. Eid-ul-Fitr celebrations were also seen by the Muslim community of Kohima. Prayers on the occasion of Eid-ul-Fitr were also offered at the Jama Masjid mosque of Arunachal Pradesh’s capital Itanagar.