Amid the reports of shortage of Bharat Biotech’s COVID-19 vaccine, the Centre on Wednesday said it will double the current production capacity of COVAXIN by May-June and then increase it 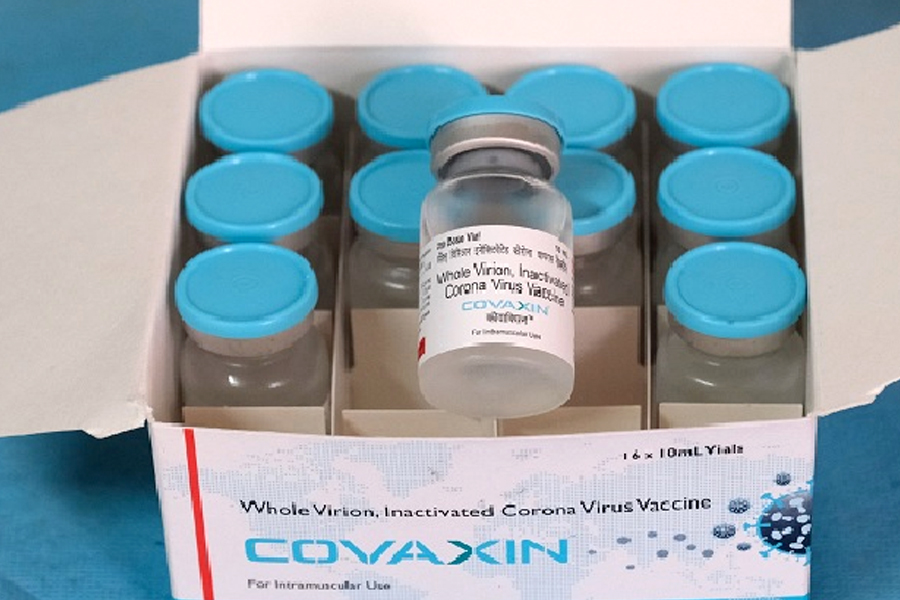 Amid the reports of shortage of Bharat Biotech’s COVID-19 vaccine, the Centre on Wednesday said it will double the current production capacity of COVAXIN by May-June and then increase it to nearly six to seven folds by July-August.

The government of India said the COVAXIN production is expected to reach nearly 10 crore doses per month by September.

“The current production capacity of indigenously developed Covaxin vaccine will be doubled by May-June 2021 and then increased nearly 6-7 fold by July – August 2021 i.e increasing the production from 1 crore vaccine doses in April 2021 to 6-7 crore vaccine dose per month in July – August. It is expected to reach nearly 10 crore doses per month by September 2021,” the Ministry of Science and Technology said in a release.

Under Atmanirbhar Bharat 3.0, mission COVID Suraksha was announced by the Government of India, to accelerate the development and production of indigenous COVID vaccines. Under the mission, the Department of Biotechnology, Government of India, is providing financial support as a grant to vaccine manufacturing facilities for enhanced production capacities.

The release said a few weeks back, inter-ministerial teams had visited the sites of two main vaccine manufacturers in India to get their inputs on how production can be ramped up.

“In this period, there have been extensive reviews and feasibility studies on the plans being discussed with vaccine manufacturers. As a part of this augmentation plan, the capacities of Bharat Biotech Limited, Hyderabad as well as other public sector manufacturers are being upgraded with the required infrastructure and technology. Financial support is being provided as a grant from GoI to the tune of appx Rs 65 Cr to Bharat Biotech’s new Bangalore facility which is being repurposed to increase the capacity of vaccine production,” the release said.

“Haffkine Biopharmaceutical Corporation Ltd, Mumbai -a State PSE under State Govt of Maharashtra. Financial support as a grant from GoI to the tune of appx Rs 65 Cr will be provided for this facility to be made ready for manufacturing. The Haffkine Biopharmaceuticals Ltd had asked for around 12 months to complete this task. However, the Central government has asked them to expedite and complete the task urgently within six months. The facility will have a capacity of 20 million doses per month, once functional,” the Ministry said.

Earlier today, the Delhi government said it was forced to shut down 100 vaccination sites over 17 schools that administered Bharat Biotech’s COVAXIN vaccine due to a dearth of supply from the manufacturer. On May 7, the Maharashtra government also said they are receiving no supply of COVAXIN from the manufactures. (ANI)