Union Ministry of Waterways has announced Rs 1,016 cr for development of inland waterways projects in Assam 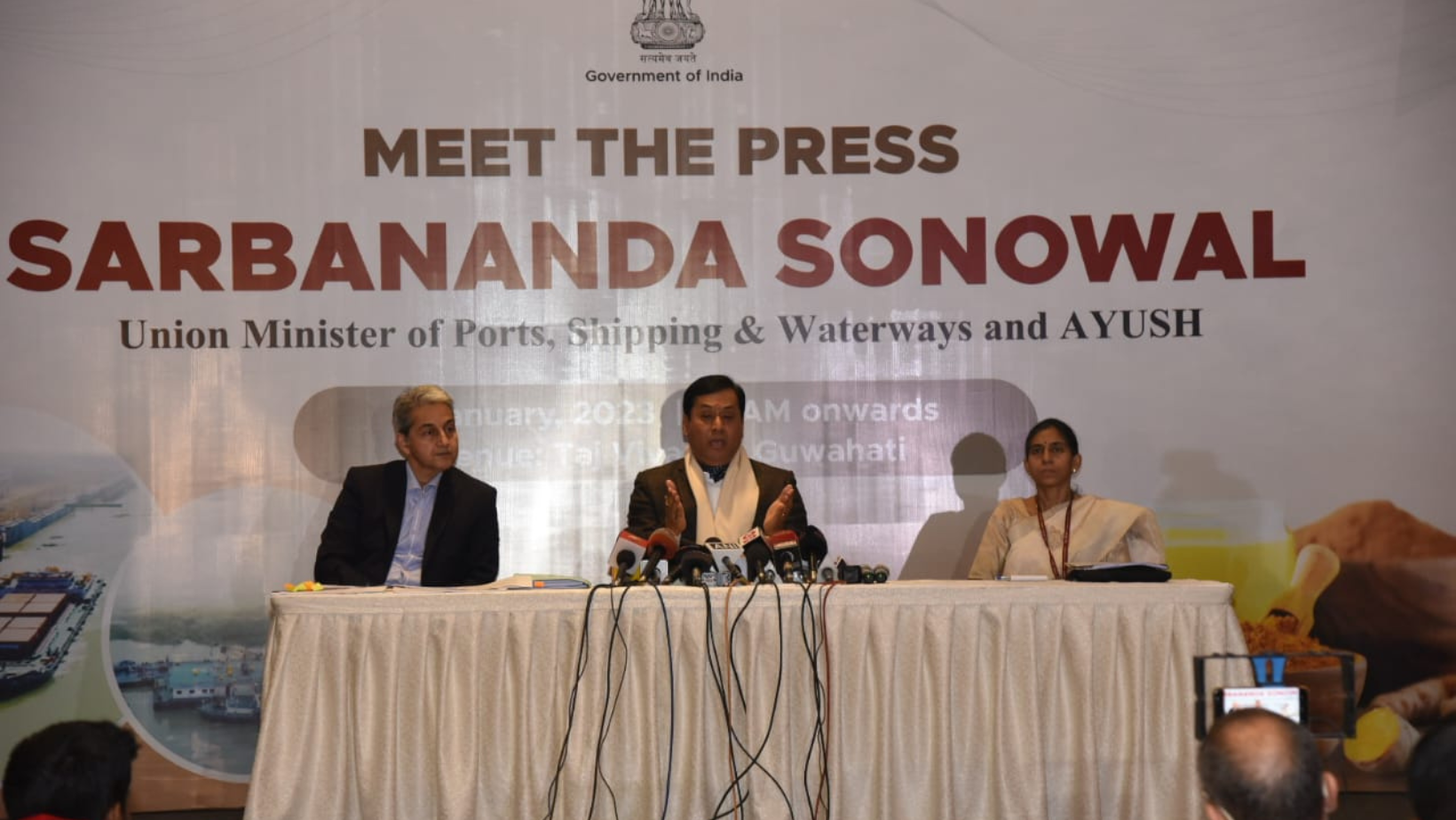 Aimed at giving a big boost to Inland Waterways in Assam, Prime Minister Narendra Modi would unveil the foundation stones for two major initiatives. The PM will also inaugurate the Maritime Skill Centre for Northeast to ramp up capacity in Pandu port in Guwahati on January 13, 2023.

The other initiatives are the Ship Repair Facility at Pandu Multi Modal terminal and an elevated road connecting with the Multi Modal Terminal at Pandu with National Highway 27 in Guwahati. The facilities are part of major initiatives planned by the Ministry of Ports, Shipping & Waterways for revamping inland waterways in Assam & the Northeast, Union Minister of Ports, Shipping & Waterways and Ayush, Sarbananda Sonowal said on January 9.

The facility will cater the repair of vessels of IWT, Govt. of Assam, IWAI, Indian Army, and other private operators plying in NW-2 and 16. The dedicated road connecting the Pandu Terminal with the NH27 will enable 24-hour smooth & swift connectivity making a sound business proposition for cargo operators. The Maritime Skill Centre for Northeast will be instrumental in honing our rich talent pool and acquire much valued skill sets by the candidates for better employment opportunity in the bourgeoning logistics industry.

The Union Minister also announced an investment of Rs 1,016 crores for the development of inland waterways in Assam for the forthcoming years.

A comprehensive package to develop Brahmaputra (NW2) has now been enhanced to Rs 474 crores as well as an enhanced package of Rs 148 crores has been earmarked for the development of Barak river (NW 16) recently.

The ministry has also approved development of Dhansiri river (NW 31) and Kopili river (NW 57). Highlighting the success of the rejuvenated waterways as an alternative conduit of logistics under the Modi government, the cargo movement in Indo Bangladesh Protocol Route (IBPR) has increased from 2.00 MT in 2014-15 to 5.43 MT in 2021-22, remarked the Union Minister Sarbananda Sonowal.
“Our Ministry has taken up major initiatives to power the waterways of the region in order to convert them as the avenues of economic progress, development & growth of the region. Be it the cargo or passenger movement via waterways, we are planning and executing policies to build capacity in the region. In this regard, the PM Modi ji will virtually unveil the foundations stones for major capacity building at Pandu port in Guwahati. We believe that this will serve as a major shot-in-the-arm for the development of the region. We believe that our commitment to harness the magnificent prowess of country’s rich river system will unpack immense opportunity. We believe that the innate beauty of waterways as a sustainable, economic & swift mode of transport will make us future ready & act as the driving engine of growth of new India, Union Minister Sonowal said.”

Sharing his views on the scheduled launch of Ganga Vilas world’s largest river cruise from Varanasi to Dibrugarh by PM Modi on January 13, the Union Minister added, “Ganga Vilas will open up a new vista for the tourism in the country. As the cruise will spend more than ten days in Assam, the foreign tourists will be able to explore and experience a new horizon of socio-cultural hue along the river coast. From Dhubri to Dibrugarh and from Mayong to Majuli, this cruise has curated an interesting journey where the natural beauty of Assam will be relished. It’s success has also opened a new avenue of investment in river cruise tourism in Assam. We hope that it’s multiplier impact on the economy of the state will be manifold.”
The Ganga Vilas will stop at Dhubri, Goalpara (Jogighopa), Guwahati (Pandu), Pobitora, Tezpur, Silghat, Nemati Ghat before anchoring at Dibrugarh (Bogibeel) in the state. The Ship Repair facility at the Pandu Terminal will save time and money.