The British Academy has revealed the results of the first round of voting across all 24 categories for the 2023 BAFTA Film Awards, and this initial longlist included SS Rajamouli’s 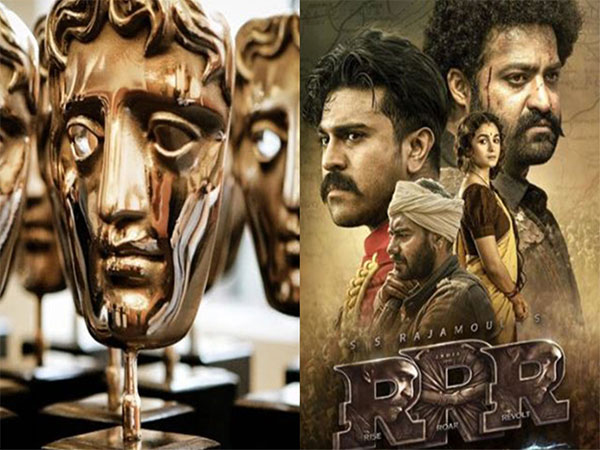 The British Academy has revealed the results of the first round of voting across all 24 categories for the 2023 BAFTA Film Awards, and this initial longlist included SS Rajamouli’s 2022 blockbuster ‘RRR’.
The period action movie featuring Ram Charan and Jr NTR scored one nod for Film Not in the English Language category.

Following the longlist’s announcement, the movie’s official Twitter handle expressed gratitude by tweeting, “Very happy to share that RRR is in the LONGLIST of #BAFTA FILM AWARDS. Thank you everyone. #RRRMovie @BAFTA.”

According to The Hollywood Reporter, an American entertainment news outlet, other films in the same category included ‘All Quiet on the Western Front’, ‘Argentina, 1985’, ‘Bardo, False Chronicle of a Handful of Truths’, ‘Close’, ‘Corsage’, ‘Decision To Leave’, ‘EO’, ‘Holy Spider’, and ‘The Quiet Girl’.
Out of the lot, Netflix’s anti-war epic ‘All Quiet on the Western Front’ emerged as an early frontrunner because along with Film Not in the English Language category it was also named in 15 categories, including best film and director.

Shaunak Sen’s celebrated documentary ‘All That Breathes’ was also nominated.

This announcement, the result of the first round of voting which closed on December 30, is only the third time BAFTA has published nominations longlists, a decision it made in 2020 as part of a major overhaul of its voting procedures aimed at addressing the lack of diversity at its film awards, reported The Hollywood Reporter.

The additional longlisting round — bringing the total rounds of voting to three — was brought in among some 120 wide-ranging changes.

As per The Hollywood Reporter, the final list of nominations will be announced on January 19, 2023, with the ceremony due to take place on February 19, 2023. (ANI)