Assam Chief Minister Himanta Biswa Sarma on Thursday handed over a cheque of Rs 1 crore to Olympics boxing bronze medallist Lovlina Borgohain and offered her the post of Deputy SP in the state police at a felicitation programme held in Srimanta Sankaradeva Kalakshetra on Thursday.

Lovlina, who is the first person to bring an Olympic medal to the state, received a rousing reception upon her arrival to the state. Chief Minister Himanta Biswa Sarma along with a host of dignitaries received the boxer at the Lokapriya Gopinath Bordoloi International Airport today. 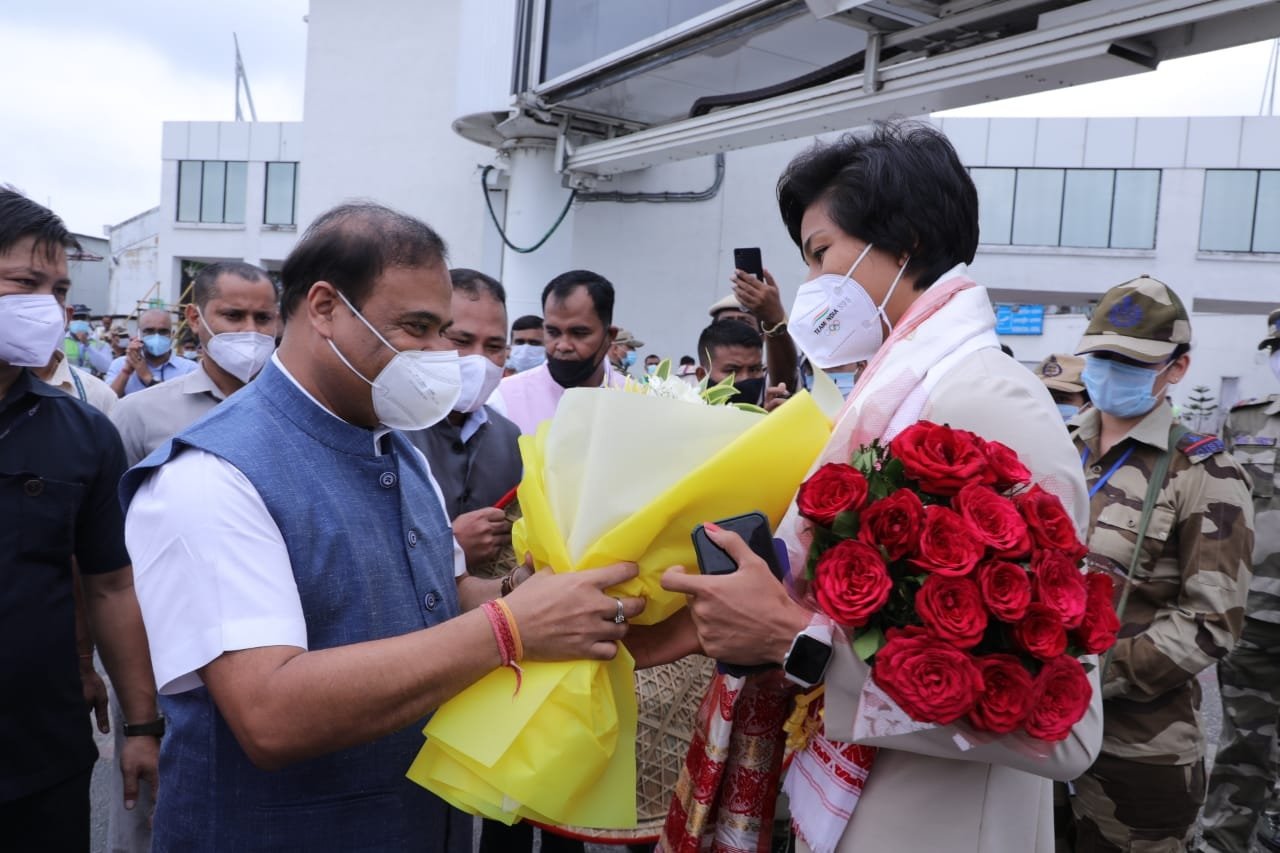 The state government has further decided to give Borgohain, Rs 1 lakh monthly as a scholarship till the Paris Olympic in 2024.

Four coaches – Prashanta Das, Padum Barua, Sandhya Gurung and Rafael Gamavaska – who were a part of Lovlina’s boxing journey will be honoured with Rs 10 lakh each as a token of gratitude from the people of Assam, the chief minister said.

CM Sarma also announced that a sports complex with a boxing academy will be set up in the Sarupathar constituency under which her village Baro Mukhiya falls in Golaghat district to groom many more rural talents.

A boxing academy would also be set up at her native Sarupathar for Rs 25 crore and a road in Guwahati would be named after her.

Meanwhile, a road in Guwahati will also be named after the star pugilist.

Speaking on the occasion, Lovlina said that though she brought a medal for the country and did not return empty-handed, she felt sad for not winning gold. The boxer promised that she will bring gold from the Paris Olympics.

Lovlina lost her semi-final against Turkey’s Busenaz Surmeneli in welterweight women’s boxing at the Tokyo Olympics and settled for a bronze medal.

Prime Minister Narendra Modi today hailed Assam’s efforts in translating the oldest Assamese dictionary ‘Hemkosh’ into Braille for the differently-abled. Addressing the nation during the 93rd edition of his monthly radio programme Mann Ki Baat, PM Modi appreciated the Chairman of ‘Sadin-Pratidin’ group of publications, Jayanta Baruah, and his team for their concerted efforts leading […]