The 4th Battalion ITBP force led by Officer Commanding, Deputy Commandant Ashish Sharma was accorded a warm reception upon their arrival in Dirang. 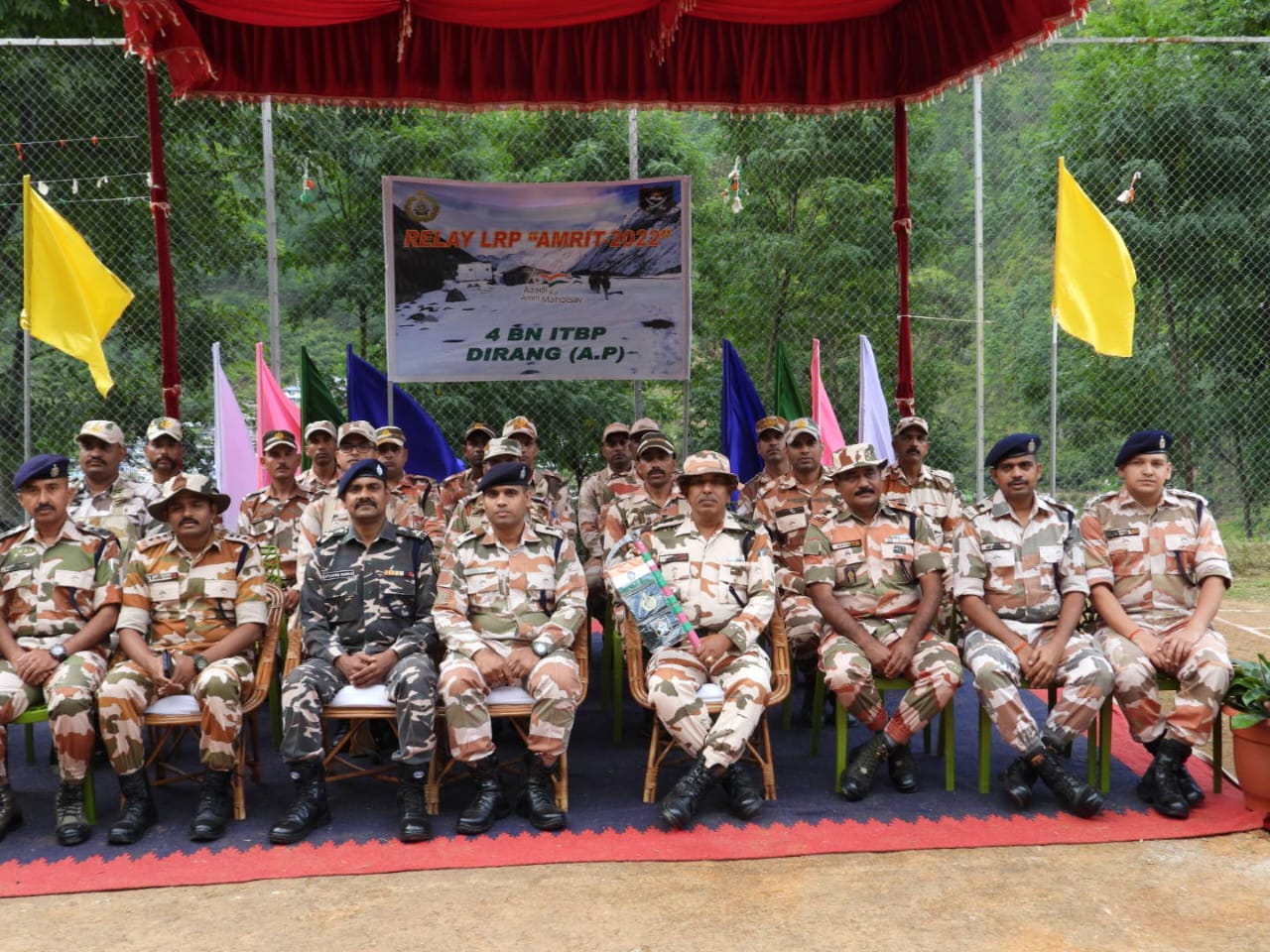 The 4th Battalion ITBP force led by Officer Commanding, Deputy Commandant Ashish Sharma was accorded a warm reception upon their arrival in Dirang.

The commanding officer informed that the Relay LRP will proceed to Tawang from Battalion Headquarters at Dirang today. On the way, career counseling for children will be organized at Higher Secondary School, Rama Camp.

He further stated that the main objective of the Relay LRP is to visit the Indo-China border areas and get acquainted with the geographical conditions and make the local public aware of the duties of the Indo-Tibetan Border Police Force, career counseling of children, activities of the force and imparting military skills to the local public.

On the occasion, a cultural program was organized by the children of Kendriya Vidyalaya, Dirang, much to the delight of the ITBP personnel. Meanwhile, an exhibition of weapons, mountaineering equipment, and a plantation drive will be organized at Nyukmadung in West Kameng district and Jang in Tawang district by the ITBP.

It may be mentioned here, celebrating Azadi ka Amrit Mahotsav, the Indo-Tibetan Border Police covering West to east High altitude borders has organized the Relay Long Range Patrol which was started on August 1, at Karakoram Pass, in Leh, Ladakh, and will culminate on October 14 at Jalep Law along the Indo-China border in Arunachal Pradesh covering total a distance of 7,575 kilometers in 75 days.