A total of 63 turtles belonging to five species, including the endangered Spotted Pond Turtle and Crowned River Turtle, have been translocated from Pune to the Assam State Zoo where 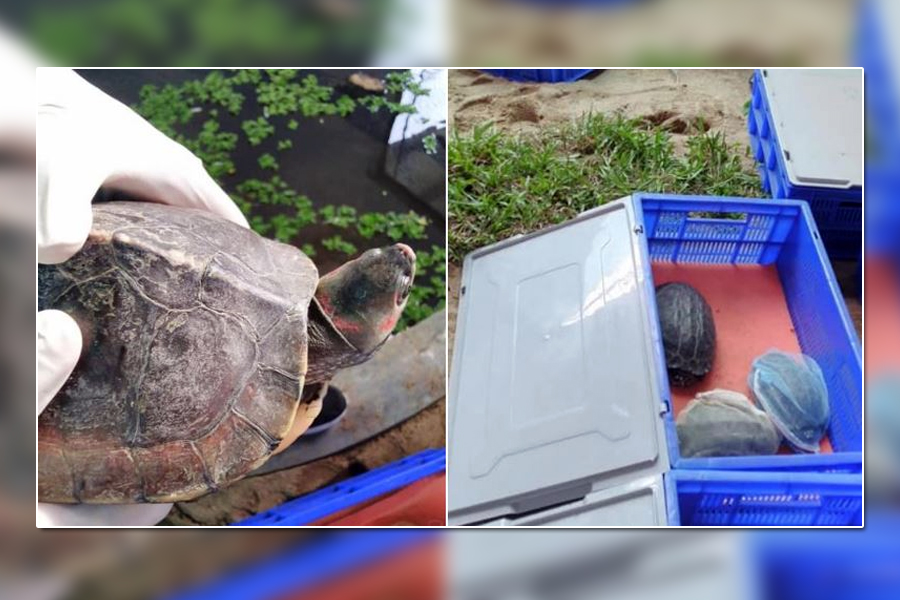 A total of 63 turtles belonging to five species, including the endangered Spotted Pond Turtle and Crowned River Turtle, have been translocated from Pune to the Assam State Zoo where the animals are under observation and standard quarantine for eventual rehabilitation into the wild, an official said on Saturday.

Following months of meticulous planning and onerous administrative clearances, the turtles confiscated by the Pune Forest division during 2019-2020 were flown back to their native habitat in the north-eastern India from Pune in Maharashtra on Friday with the help of Turtle Survival Alliance (TSA) India, Maharashtra and Uttar Pradesh State Forest Departments and Air India, Director Assam State Zoo Aswini Kumar said.

After the seizure, these turtles were housed in the interim facilities of Indian Herpetological Society and Resq Charitable Trust at Pune but climate fluctuations and unsuitable weather conditions still loomed as constant threats to the survival of these species.

Subsequently, flying the turtles back to their native river systems in Assam remained the only viable option but the COVID-19 restrictions for almost two years and unavailability of any direct connections between Pune and Guwahati, along with other complications of turtle translocation had to be accounted for before the transfer, he said.

Each turtle was inspected thoroughly before packing in padded plastic cartons for their 18-hour journey, via Delhi.

During the inspection, Pareek ensured that the turtles were healthy, not stressed by transit, and most importantly, maintained the hydration level, TSA Director India Programme Shailendra Singh said.

After their reception in Guwahati by a joint team of Assam State Zoo and TSA, the turtles are housed at the Assam State Zoo under observation and standard quarantine for an eventual rehabilitation into the wild.

This is the third time the turtles have had the opportunity to fly back to their homes, through generous cooperation between state forest departments, conservation organisations and individuals, Singh added. PTI