A teacher at Richneck Elementary School in Newport News has “life-threatening injuries” after being shot by one of her students, the authorities said. 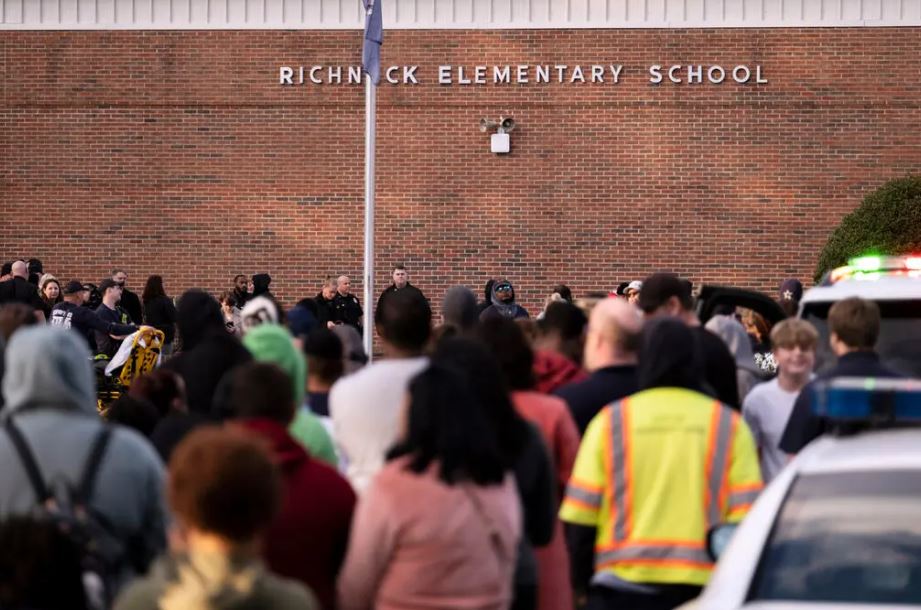 A 6-year-old first-grader at an elementary school in Newport News, Va., shot a teacher on Friday afternoon during an altercation in a classroom, the authorities said, leaving her with “life-threatening” injuries and renewing calls for greater gun restrictions.

The boy, who shot the teacher once with a handgun at about 2 p.m., was in police custody on Friday evening, Steve Drew, the chief of the Newport News Police Department, said at a news conference.

He added that the teacher, a woman in her 30s, was taken to a local hospital and that her condition had slightly improved by late Friday afternoon. It was not immediately clear how the first-grader got the gun.

The superintendent of Newport News Public Schools, Dr. George Parker, said at the news conference that “we need to keep guns out of the hands of our young people.”

Photos and video taken immediately after the shooting at Richneck Elementary School in Newport News on Friday showed the chaos that had ensued as officers swarmed the school’s brick building: children appeared afraid and confused, parents stood beside crime scene tape and dozens of officers patrolled the area.

Trannisha Brown, whose 11-year-old son, Carter Jackson, is a fifth-grader at Richneck, said in an interview that shortly after the shooting, she received a frightening call from her son.

Carter, she said, sheltered on the floor of his classroom with his friends after they heard gunfire.

“It shook me up hearing those kids crying and going frantic,” said Ms. Brown, 32. “All they knew was that there was a shooter in the school and they didn’t know where the shooter was.”

She stayed on the phone with Carter, trying to comfort him. “You are going to be all right,” she recalled telling him.

At the news conference, Chief Drew said that school officials had worked quickly to bring all of the students and teachers to the school’s gymnasium, and that the authorities had been in touch with lawyers to determine how to best proceed.

Dr. Parker said school would be closed on Monday “as we work on the mental health of our staff and our students.”

The shooting in Newport News, a city of more than 180,000 people, about 70 miles southeast of Richmond. Va., stunned officials as they began to investigate what had gone wrong inside the school.

The mayor of Newport News, Phillip Jones, said at a news conference that while the shooting was “still raw” the city was taking steps to ensure that something similar did not happen again.

Curtis Bethany, a councilman for the city, said Newport News was dealing with “unchartered” territory. “I’ve never heard of a 6-year-old going to school with a loaded gun.”

Incidents at schools involving a shooter so young are exceptionally rare.

David Riedman, who founded the K-12 School Shooting Database after the mass shooting at a high school in Parkland, Fla., in 2018, has compiled data on every school shooting — anytime a firearm has been discharged on school property — dating back to 1970. He found 16 cases involving shooters under the age of 10.