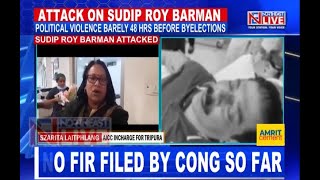 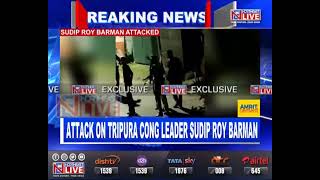 Former Tripura Minister and Congress leader Sudip Roy Barman has been attacked by unknown miscreants late last night. The incident took place at Abhoynagar constituency from where Sudip Roy Barman is contesting the by-elections to be held on June 23. Reportedly, Roy Barman was attacked when he had gone to his constituency along with two […]

Several trains were set ablaze in Bihar, Uttar Pradesh and, Telangana. The stir has also spread to Madhya Pradesh, Haryana, and Delhi.

Another alleged miscreant, identified as Jehirul Islam, landed in the police dragnet on Wednesday night.

When the protesters refused orders, the police opened blank shots at the irate mob who retaliated with stone-pelting. 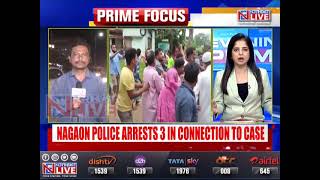 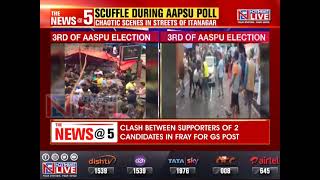 Itanagar streets turn into a warzone by AAPSU election clash 

#Violence during AAPSU Elections | Scuffle broke out in #Itanagar as the All Arunachal Pradesh Students’ Union (AAPSU) supporters clashed among themselves during the elections of the student’s body. Although it is yet to be ascertained as to what led to the violence on the 3rd day of the AAPSU election, inputs suggest that clashes […] 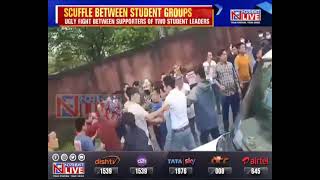 AAPSU Polls: Scuffle breaks out during filing of nomination 

#ArunachalPradesh | An ugly fight broke out between supporters of two student leaders in Arunachal Pradesh, during the nomination filing for the All Arunachal Pradesh student union election. As per reports, Rajesh Apang, a candidate running for the post of Chief Editor was attacked by another candidate Gora Paku and his supporters.

The PM has sent his letter of resignation to his younger brother, President Gotabaya Rajapaksa, clearing the way for a "new unity government".

Jodhpur violence: Curfew extended till May 6

The police also said that 140 persons had been arrested over the violence that had taken place between two communities over the hoisting of a religious flag in the city.