Security Breach At PM’s Karnataka Roadshow, Teen Runs To Him With Garland

The security officials accompanying him got hold of the garland and handed it over to the Prime Minister who put it inside the car. 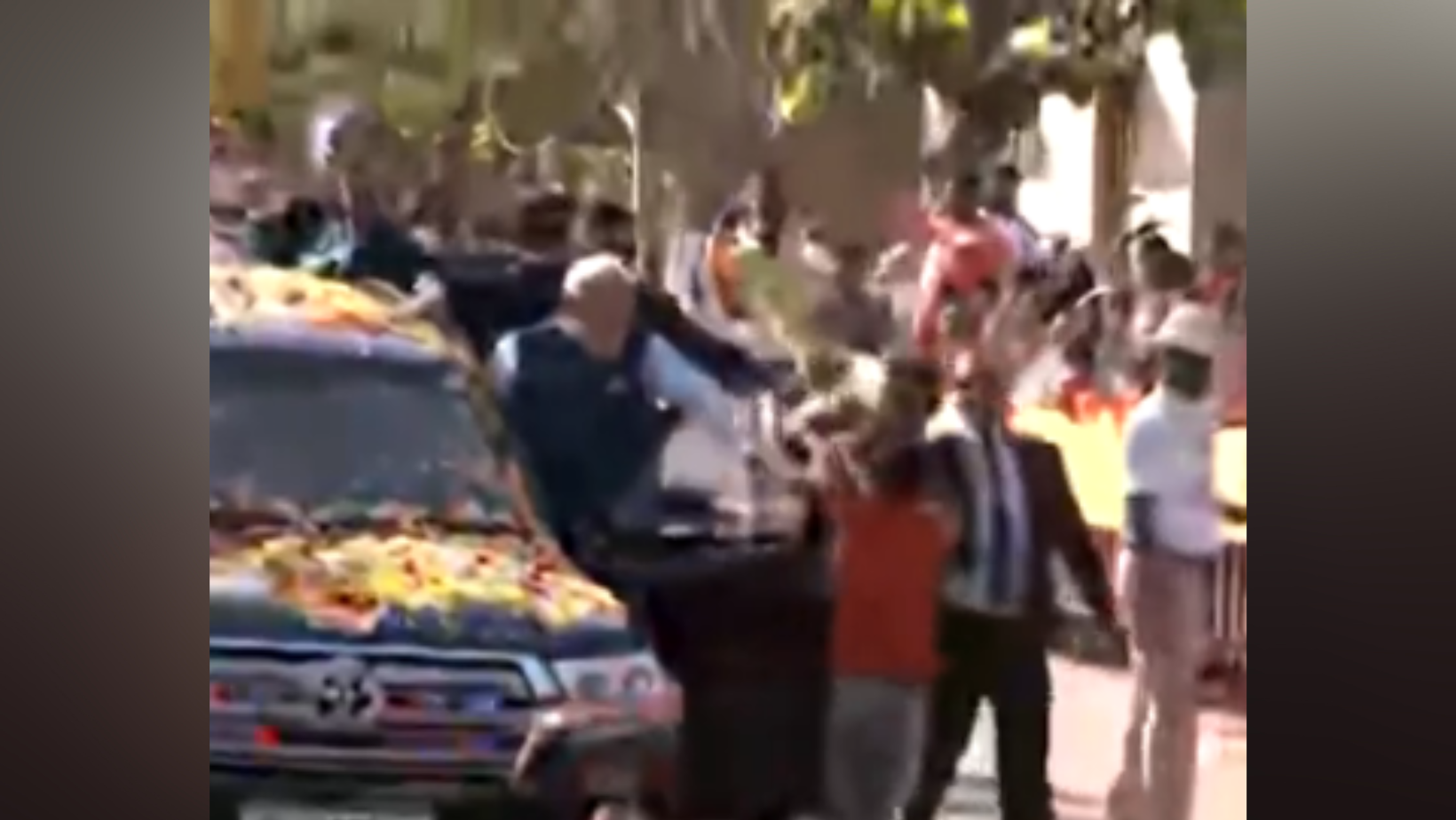 Prime Minister Narendra Modi‘s security — the highest in the country — was breached today during his roadshow in Karnataka’s Hubbali by a teen who jumped onto the road suddenly and managed to go within an arm’s length of him. He was intercepted at the last minute and whisked away by the Special Protection Group or SPG of the Prime Minister, an NDTV report said.

The boy was carrying a garland and apparently trying to felicitate the Prime Minister, who was riding on the running board of an SUV and waving to cheering crowds. While the SPG men immediately blocked him, the Prime Minister was seen extending his hand to accept the garland.

The security officials accompanying him got hold of the garland and handed it over to the Prime Minister who put it inside the car.

It is not yet known how the boy, who seemed to be around 15 years old, managed to get so close to the Prime Minister in an area that is expected to be thoroughly sanitized. While hundreds of slogan-shouting supporters lined the road from the airport, they were well behind the barricades.

The Prime Minister, who is expected to open the 29th National Youth Festival this evening, was holding a roadshow from the airport to the Railway Sports Ground, where the ceremony will be held.

The Prime Minister has a five-layer security, of which the outermost layer is the responsibility of the state police.

PM Modi’s security was breached last year during his visit to Punjab. While on his way to Ferozepur for an election rally on January 5, the Prime Minister’s cavalcade was stopped for 20 minutes on a flyover in full view of television cameras due to a blockade by protesting farmers.

The top court, which had formed the committee to determine if there was any criminal conspiracy in the security breach, had said the report would be sent to the Centre “so that necessary steps can be taken”.