Heeraben Modi, who turned 99 in June this year, has been admitted to a hospital in Ahmedabad. 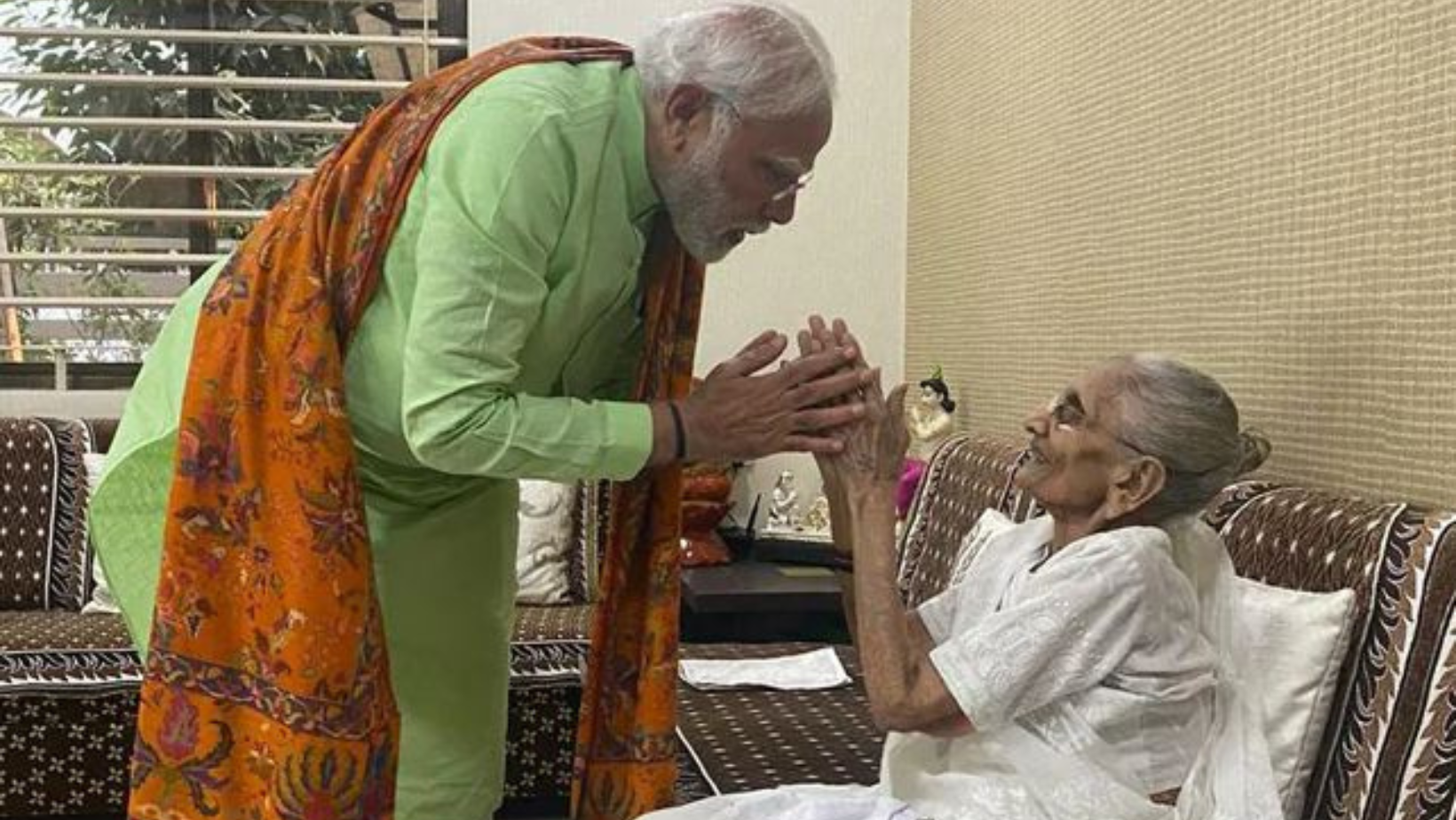 Heeraben Modi, who turned 99 in June this year, has been admitted to a hospital in Ahmedabad. A statement from UN Mehta Institute of Cardiology and Research Centre has said that her condition is stable. The hospital has not shared any other piece of information.

The BJP’s Gujarat MLAs Darshanaben Vaghela and Kaushik Jain have reached the hospital.

The Prime Minister, who has often spoken of his bond with his mother, visited her recently when he was in Gujarat to campaign for the recently held Assembly polls. Visuals of the Prime Minister chatting and having tea with Heeraben Modi had then emerged on social media.

The news of Heeraben Modi’s hospitalisation comes shortly after the Prime Minister’s brother Prahlad Modi and other family members were injured in a car accident at Mysuru in Karnataka.