The German pope emeritus, whose birth name was Joseph Ratzinger, had been living a quiet life in a former convent inside the Vatican grounds. 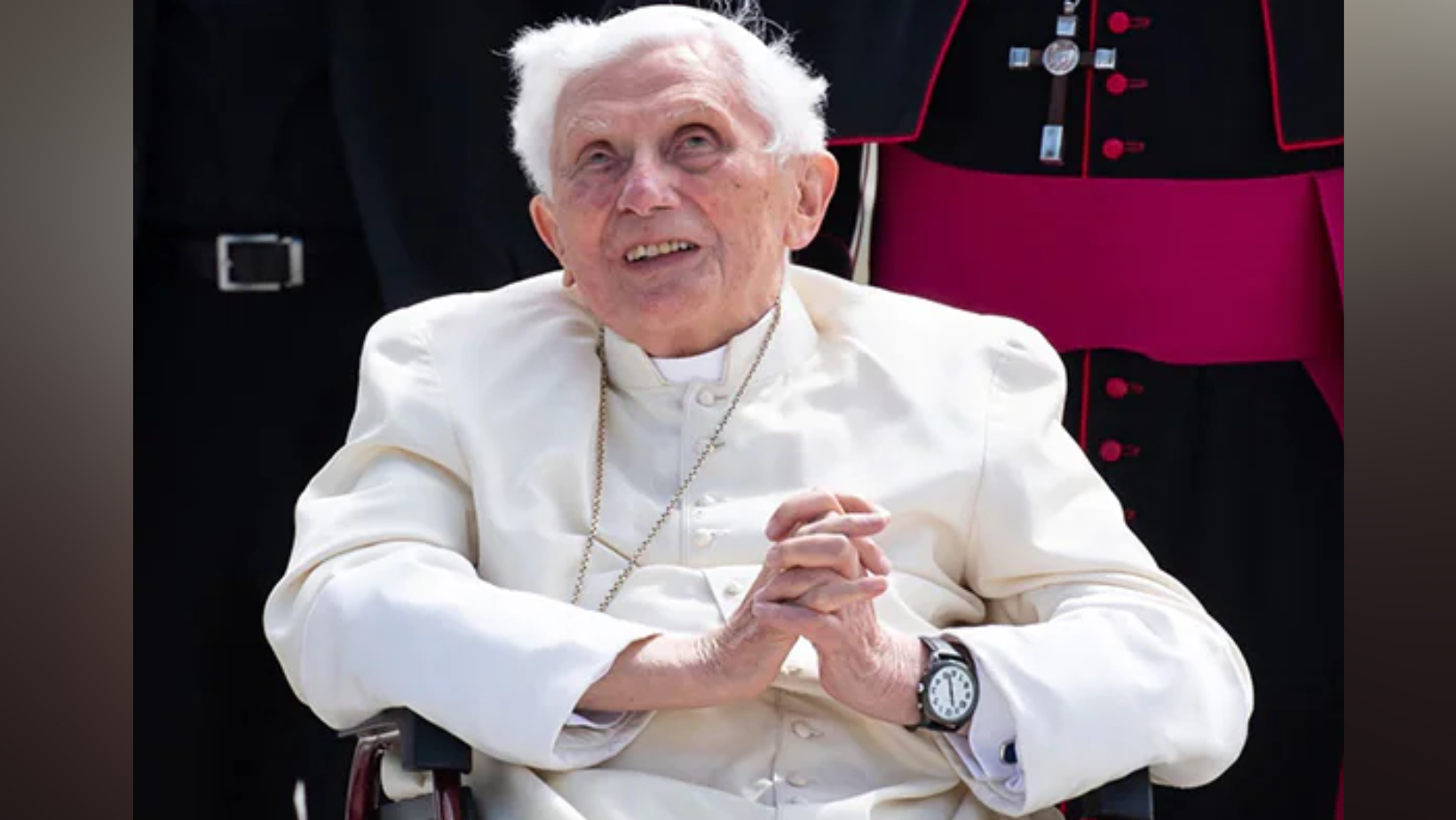 Former pope Benedict XVI died at 95, the Vatican announced Saturday, almost a decade after he became the first pontiff to resign in six centuries. According to his bedside nurse, the pope’s last words were recorded, an NDTV report said.

Archbishop Georg Ganswein, Benedict’s personal secretary, told Vatican News, “With just a whisper of a voice, but in a clearly distinguishable manner, [Benedict] said in Italian, ‘Lord, I love you!’ I was not there, but the nurse told me about it shortly afterwards.”

Mr Ganswein added, “These were his last comprehensible words because afterwards, he was no longer able to express himself.”

The German pope emeritus, whose birth name was Joseph Ratzinger, had been living a quiet life in a former convent inside the Vatican grounds since his shocked decision to step down in February 2013, reported AFP.

According to Vatican News, his health had been declining for a long time and on Wednesday his situation worsened, while his successor Pope Francis called for Catholics worldwide to pray for him.

Tens of thousands of people paid their respects on Monday to former pope Benedict XVI at the Vatican, starting three days of lying-in-state in St Peter’s Basilica before his funeral.

They began queueing before dawn to view the German theologian’s body, which was transferred early in the morning from the monastery on the Vatican grounds where he died on Saturday aged 95.

“I arrived at 6:00 am, it seemed normal to come and pay homage to him after all he did for the church,” said an Italian nun, sister Anna-Maria, near the front of the line that snaked around the vast St Peter’s Square.

Benedict led the Catholic Church for eight years to 2013 before becoming the first pope in six centuries to step down, citing declining health.

His successor Pope Francis will lead the funeral on Thursday in St Peter’s Square before Benedict’s remains are placed in the tombs beneath the basilica.

He will be buried in the tomb which held pope John Paul II’s remains until 2011, Vatican spokesman Matteo Bruni said Monday.

Benedict’s body, dressed in red papal mourning robes and a gold-edged mitre, was laid out on a catafalque draped in gold fabric in front of the altar of St Peter’s, flanked by two Swiss Guards.

Many of that filing past took pictures on their smartphones, while some prayed or made the sign of the cross.