Bollywood’s ‘first female superstar’ Sridevi passes away at 54; funeral to be done today in Mumbai

The country is mourning Bollywood icon Sridevi, who died on Saturday evening in Dubai following a cardiac arrest. The 54-year-old, who had dominated the silver screen in the 80s, had

The country is mourning Bollywood icon Sridevi, who died on Saturday evening in Dubai following a cardiac arrest. The 54-year-old, who had dominated the silver screen in the 80s, had gone to Dubai to attend a family wedding.

According to reports, veteran actor’s mortal will be released by today evening as Dubai police is still awaiting the final forensic report on the death. After receiving the report and issuing the death certificate, the body is likely to embalmed and then flown to Mumbai on a chartered plane. Fans in Kanpur light candles to pay tribute to the veteran actor.

Sridevi had fainted in the bathroom of the Jumeirah Emirates Towers, where she was staying with her family. A medical team had failed to revive her and she was declared dead at a hospital. The routine forensic procedures are over and as soon as the report is released, her body will be flown back to India on a private jet, reports said.

In a statement last evening, the family said the actor’s body will arrive in Mumbai today. The family has said Sridevi did not have any history of heart ailments. The actor’s sudden death has hit the nation hard. Videos of Sridevi at the wedding of nephew Mohit Marwah, which she had gone to attend, are being widely shared on social media. The gorgeous visuals underscore why many are having difficulty reconciling her sudden death.

Sridevi was loved by millions for her roles in iconic movies like “Sadma”, “Lamhe” “Mr India”, “Chandni” and “Himmatwala”. A versatile actor, she had ruled not only in Bollywood, but also the Tamil, Telugu and Kannada film industry. 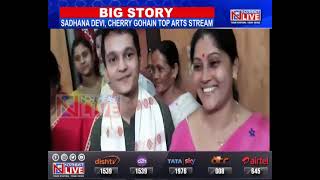 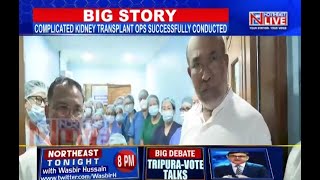 Legendary singer KK no more, his last rites to be performed in Kolkata

The Indian Music Industry witnessed one of its biggest loss after singer Krishnakumar Kunnath, popularly known as KK, passed away at the age of 53 in Kolkata yesterday. The playback singer collapsed after a concert and was rushed to a private hospital in the city where he was declared ‘brought dead.’ The singer had even […]

Kartik Aaryan and Kiara Advani starrer horror-comedy film Bhool Bhulaiyaa 2 directed by Anees Bazmee has been a current favourite among moviegoers. The audience has reacted well to the picture, which has been reflected in strong box office results. The movie which was released in theatres on May 20 grossed Rs 32 crore on its […]

"Local Utpaat" is currently in its second week in most theatres. The film has a whopping 97 percent public rating on bookmyshow.com. 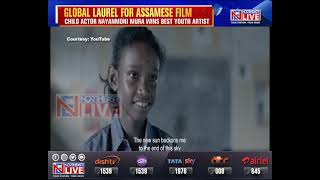