‘Kraken’, The New Covid Variant And Why It’s Causing Concern

The "Kraken" Covid variant has surged through US and has now been identified in at least 28 other countries, according to the WHO. 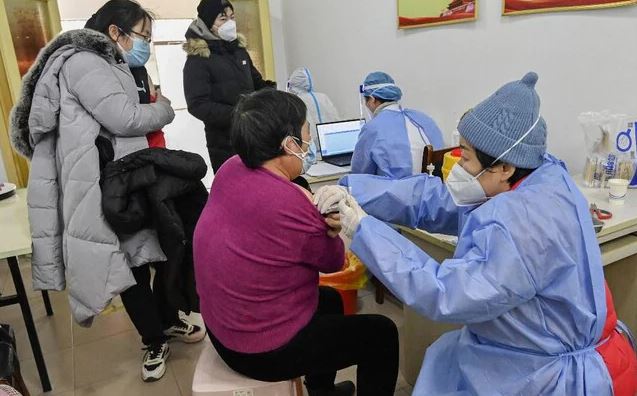 A new Covid variant that was first detected last year has quickly become the dominant strain in the US – and picked up a creepy moniker along the way. Nicknamed the “kraken variant” by some, it surged through the nation and has now been identified in at least 28 other countries, according to the World Health Organization. Is it more dangerous? Does it spread more easily? And how will it affect China’s Covid outbreak?

Here are all your questions, answered:

What is the new variant?

XBB.1.5 is a descendant of the omicron XBB subvariant – which is itself a cross between two earlier strains: BA.2.75 and BA.2.10.1. The original XBB variant has already caused waves of infection in countries including Singapore and India since the WHO first raised concern about it last October.

How fast is XBB.1.5 spreading?

While accounting for just 1% of all Covid cases at the start of December, estimates from the US Centers for Disease Control and Prevention show that it surged to become the dominant strain by the end of the month, responsible for about 41% of all infections. In northeastern states, that figure has jumped above 70%.

XBB.1.5 is “the most transmissible sub-variant which has been detected yet,” said WHO’s Covid-19 technical lead, Maria Van Kerkhove, during a press conference on Jan 4. While only 29 countries have reported cases caused by it, health authorities are warning it could be much more widespread and silently proliferating thanks to a drop-off in testing, a bloomberg report said.

In other countries, the proportion of infections caused by XBB.1.5 has remained lower, although the picture may rapidly change. Estimates from the Wellcome Sanger Institute found that the variant made up around 4% of Covid infections in England as of mid-December, while Canada has found a handful of such cases.

Scientists pointed out that the sub-variant has a much stronger affinity to ACE2, a key receptor for the virus, which allows it to bind more easily and boosts its transmissibility.

Is it more dangerous than previous variants?

There haven’t been significant differences in severity reported between cases caused by XBB.1.5 and previous variants. Like other strains that concerned scientists, however, XBB.1.5 is attracting attention because it is exhibiting signs of immunity escape. That means it has an ability to evade natural immunity or previous protection provided by vaccines, and re-infect people who have recovered from an earlier bout of Covid.

Data remains limited on XBB.1.5’s severity and its propensity to cause severe disease or death. Previous therapies to tackle Covid – like monoclonal antibody treatments – were rendered ineffective by previous strains. That trend is set to continue with the new variant. Scientists in a recent peer-reviewed article published in the journal Cell warned that subvariants like XBB pose “serious threats” to current Covid vaccines. Higher transmissibility also means more people are likely to get infected, and thereby suffer severe outcomes.

It’s unclear if the US experience with XBB.1.5 will extend to other countries. America, unlike many other developed nations, suffers from low vaccination rates. Only 15% of the population aged five and above has received an updated bivalent booster dose. The rate is slightly better among the vulnerable elderly population, including those aged 65 and above, with fewer than four in 10 receiving the shot. Hospitalization rates for Covid are already rising, amid a surge in other winter-season infections like influenza.

The WHO plans to release an updated assessment on the variant’s risks in the coming days.

Has it reached China yet and what will be its impact?

China, which is going through a major wave of infections after dismantling its stringent Covid Zero policy in recent weeks, has yet to report any domestic cases of XBB.1.5. Shanghai has detected three infections caused by the variant and said all were imported cases. But health agencies across the world, including the WHO, have raised concerns that China isn’t providing enough genomic sequencing information to come to any definitive conclusions.

In the meantime, the country’s Covid wave is being driven by two other omicron strains: BA.5.2 and BF.7. Together they account for 97.5% of all local infections, according to genomic sequencing data from the Chinese Center for Disease Control and Prevention.

While authorities have tried to allay fears that the XBB variants will drive new waves of infection, the public – already spooked by the strained healthcare system and limited availability of treatments – isn’t convinced. A widely circulated viral post claiming the XBB variant may lead to vomiting and diarrhea led to an anti-diarrheal medication selling out across China as panicked buyers snapped it up.

Where did the ‘Kraken’ name come from?

Covid variants are currently named by an expert group convened by the WHO. It identifies so-called variants of concern that have potential global public health significance, such as reducing the effectiveness of current pandemic measures, using the Greek alphabet. Previous strains like alpha, beta and delta fell under the convention.

But the last Greek-named variant, omicron, emerged more than a year ago and left no room for the emergence of other, significantly different strains. Omicron has spawned multiple lineages, including XBB 1.5, and their names stem from a mix of alphabets and numbers known as “Pango.”

That has led to the rise in popularity of informal online nicknames, including “Kraken.” The moniker for XBB.1.5 was proposed by an evolutionary professor on Twitter to match the strength of the new strain with the mythological sea monster. 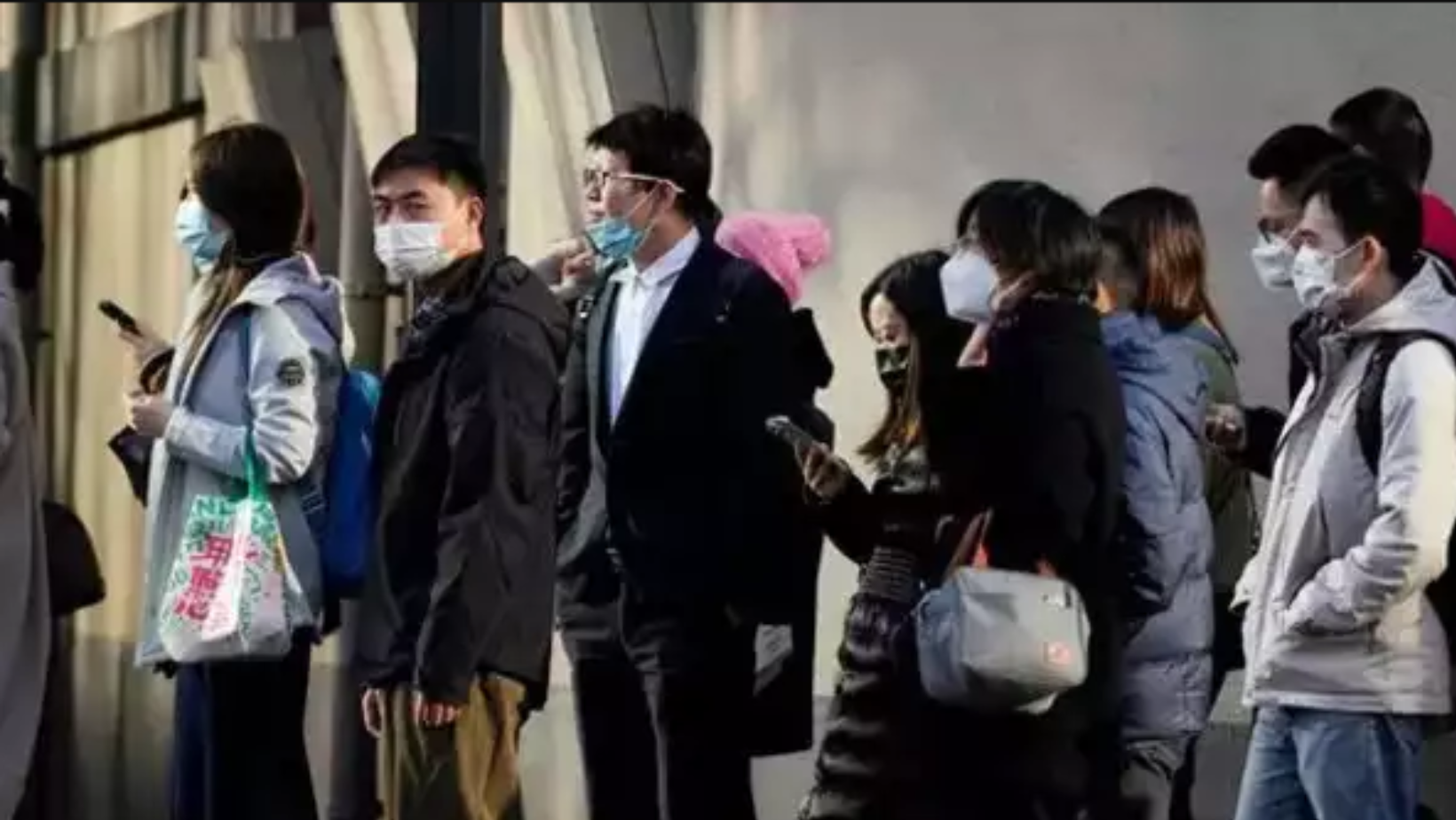 As many as 248 million people, or nearly 18% of the population, likely contracted the virus in the first 20 days of December, according to minutes from an internal meeting of China's National Health Commission held on Wednesday, confirmed with people involved in the discussions. 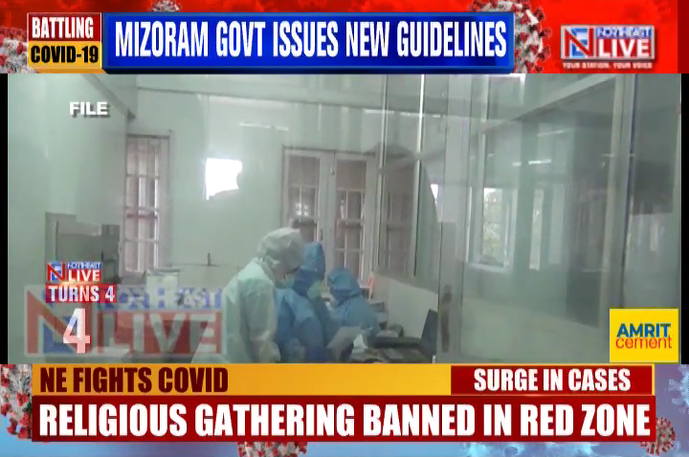 Mizoram shuts down places of worship to check Covid spread

In the wake of the steep surge in Covid -19 cases, the Mizoram government on Saturday issued new guidelines, which will be in force until further order. According to the new guidelines, places of worship or religious places will remain closed. Besides, no religious gathering will be allowed in areas declared as the red zone. […] 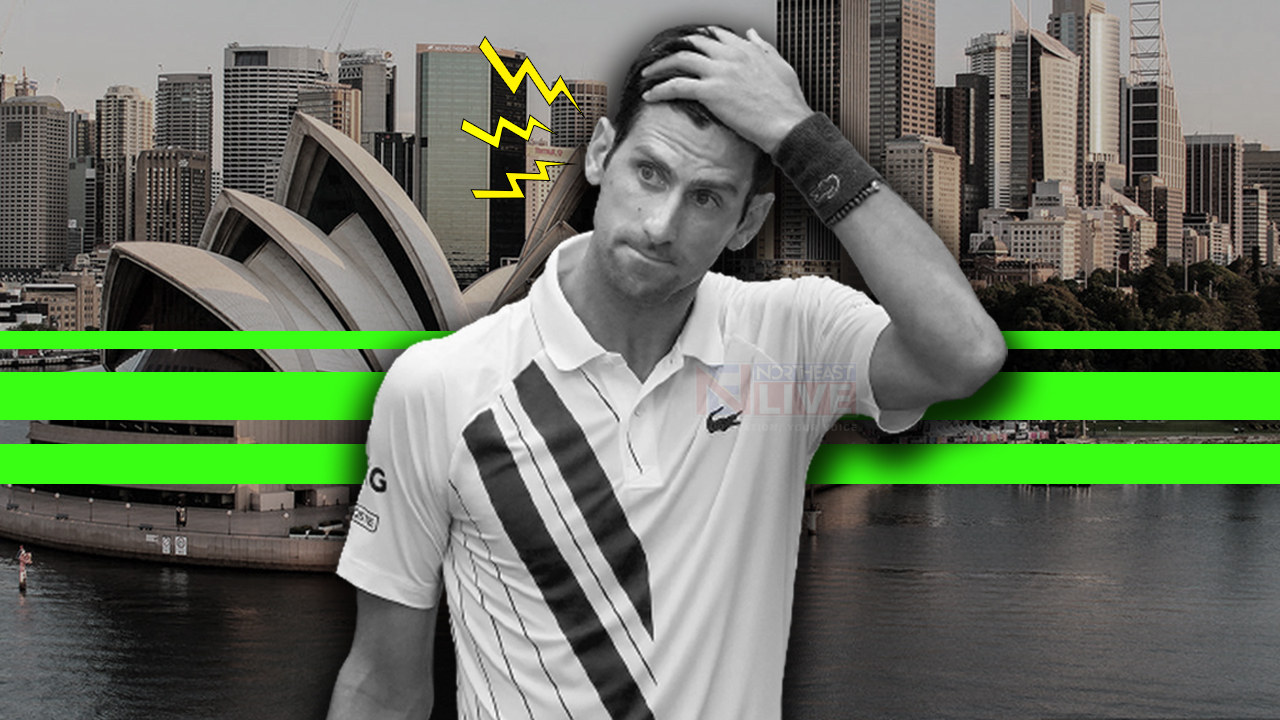 Tennis World Number One and 20-time Grand Slam champion Novak Djokovic announced on Thursday, January 6th that he would be participating in the upcoming Australian Open after receiving a ‘medical exemption’ to enter Australia, for not revealing his vaccination status.  Granted with this medical exemption to play in the tournament, Djokovic has enraged many Australians […]