In a sensational incident from Tripura’s Dhalai district, a youth has been allegedly physically assaulted by his employer and co-worker when he went to collect his pending salary. The video 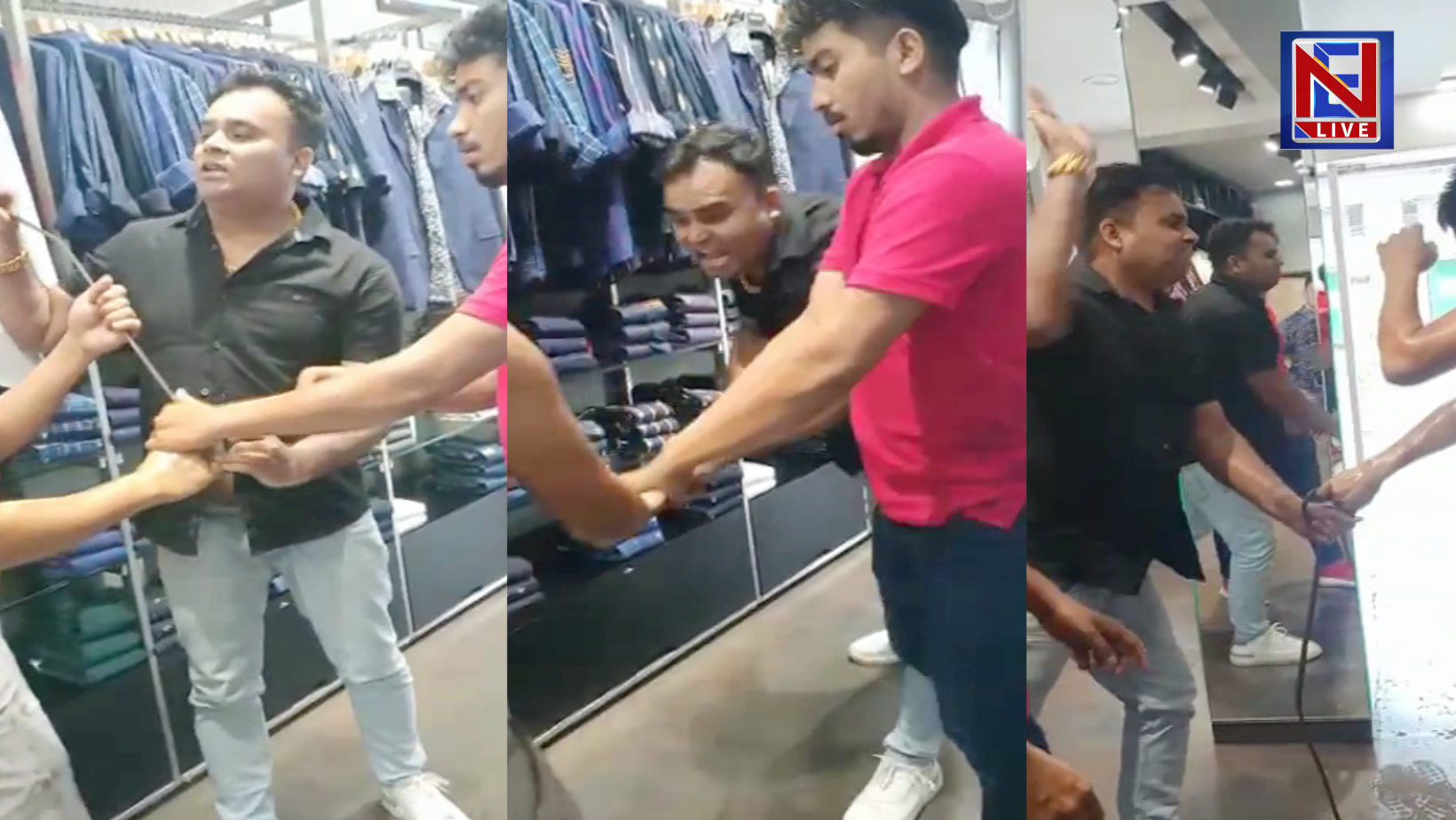 In a sensational incident from Tripura’s Dhalai district, a youth has been allegedly physically assaulted by his employer and co-worker when he went to collect his pending salary.

The video of the assault has since gone viral on the internet and the victim is seeking justice for the wrongs done to him.

The victim identified as Surajit Tripura lodged a police complaint at the West Agartala Police Station regarding the matter.

Surajit works in a clothing store in Agartala.

The incident took place at Bidurkarta Chowmuhani’s Mufti Showroom, where Surajit has been working for past the few months.

He was assaulted by the store owner Apu Saha and another store worker Sagar Deb when he asked Saha for his pending salary for the month of October.

On Monday when he came to collect his pending salary as promised by the owner.

He was instead reportedly beaten up with a rod and indiscriminately slapped in the face by Apu Saha and Sagar Deb.

Meanwhile, Tripura BJP Janajati Morcha has strongly condemned the incident and demanded a thorough police investigation into the case.

The Morcha has also demanded that the accused persons should be immediately booked under the appropriate law.

Pradyot Maniky took to Twitter and wrote, “Attention @Tripura_Police ! @YTFTIPRA have already taken up this matter with you ! We demand justice ! It breaks my heart to see treatment like this given to anyone ! Kindly Take action or I will personally come down to your station with my YTF warriors !”