Hundreds of tribal youths from various schools, colleges, and social organisations dressed up in their indigenous attire and jewellery participated in the procession 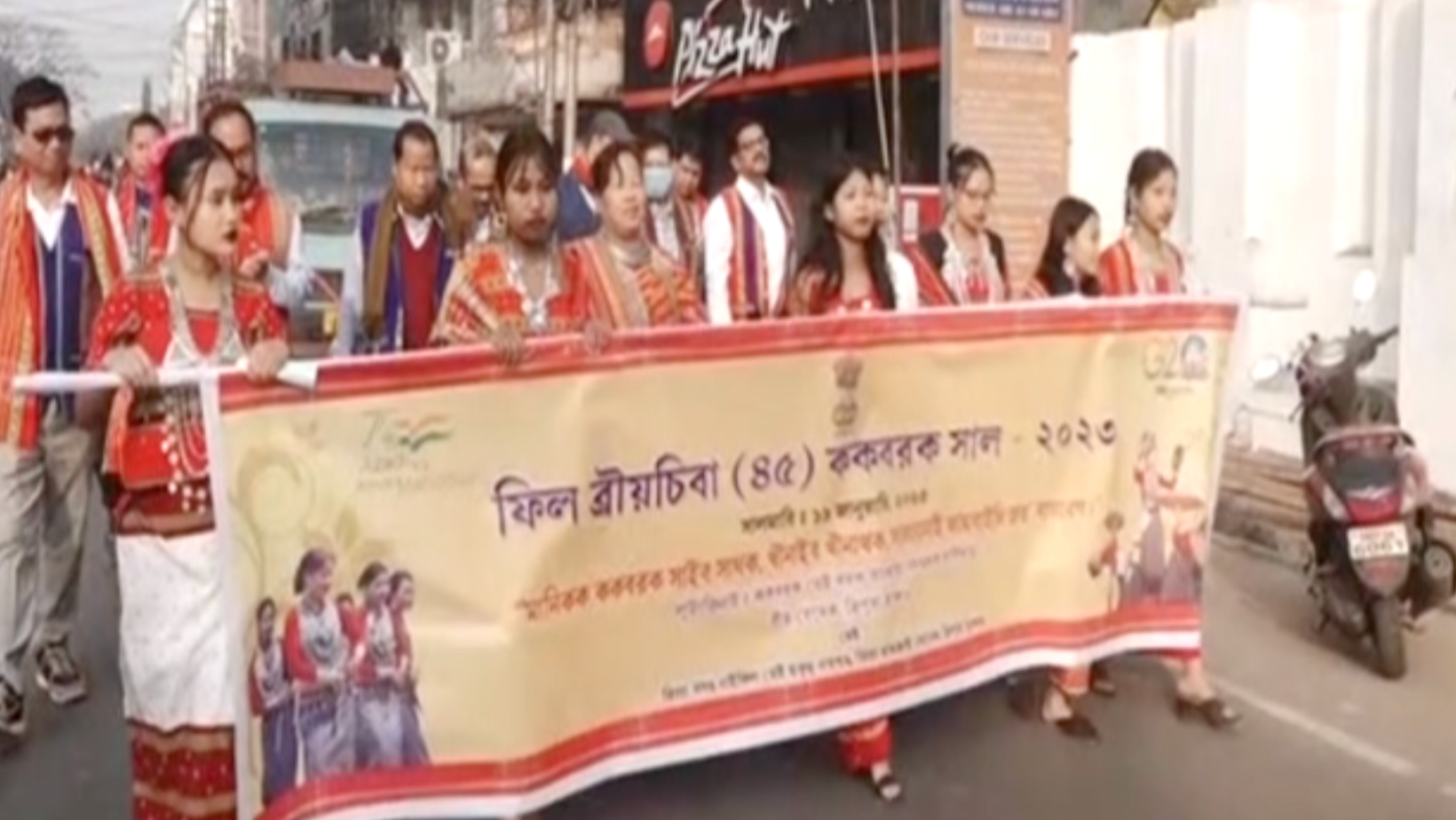 As part of the celebrations, the state government’s Kokborok and Minority Languages department organised a vibrant procession in Agartala for recognising the tribal language besides promoting and preserve it.

The procession that started from Rabindra Satabarshiki Bhavan traversed through the streets of Agartala.

Speaking to Northeast Live, Dasarat Debbarma, Director, Kokborak and Minority Languages department urged the people of the indigenous Kokborak tribe and other tribes in the state to be more dedicated so that people can easily learn to write, read, and speak the language.

In some state-run schools, the Kokborak language has already been introduced by the Minority Languages department of Tripura. Students in classes 1-4 are now required to take a subject on the Kokborak language. In addition, Assistant Professors have also been hired to teach the language, he added.

The 44th Kokborok Day celebration was marked by the renaming of Gandacherra in Dhalai district as ‘Ganda Tuisa’ and the Atharamura Hill range located in Gomati, Khowai and West Tripura district as ‘Hachuk Beram’ in the indigenous language. Both the words have been derived from Kokborok language.

Although Kokborak was recognised as an official language in 1979, its script is yet to be developed.

The government is of the view that while some of the indigenous tribes living in Tripura speak Kokborok, some choose Bengali and others want the Roman script. Two committees were set up earlier, under the Left Front regime, to find a solution to the Kokborok script issue. However, the government did not make it public nor did it accept the suggestions.