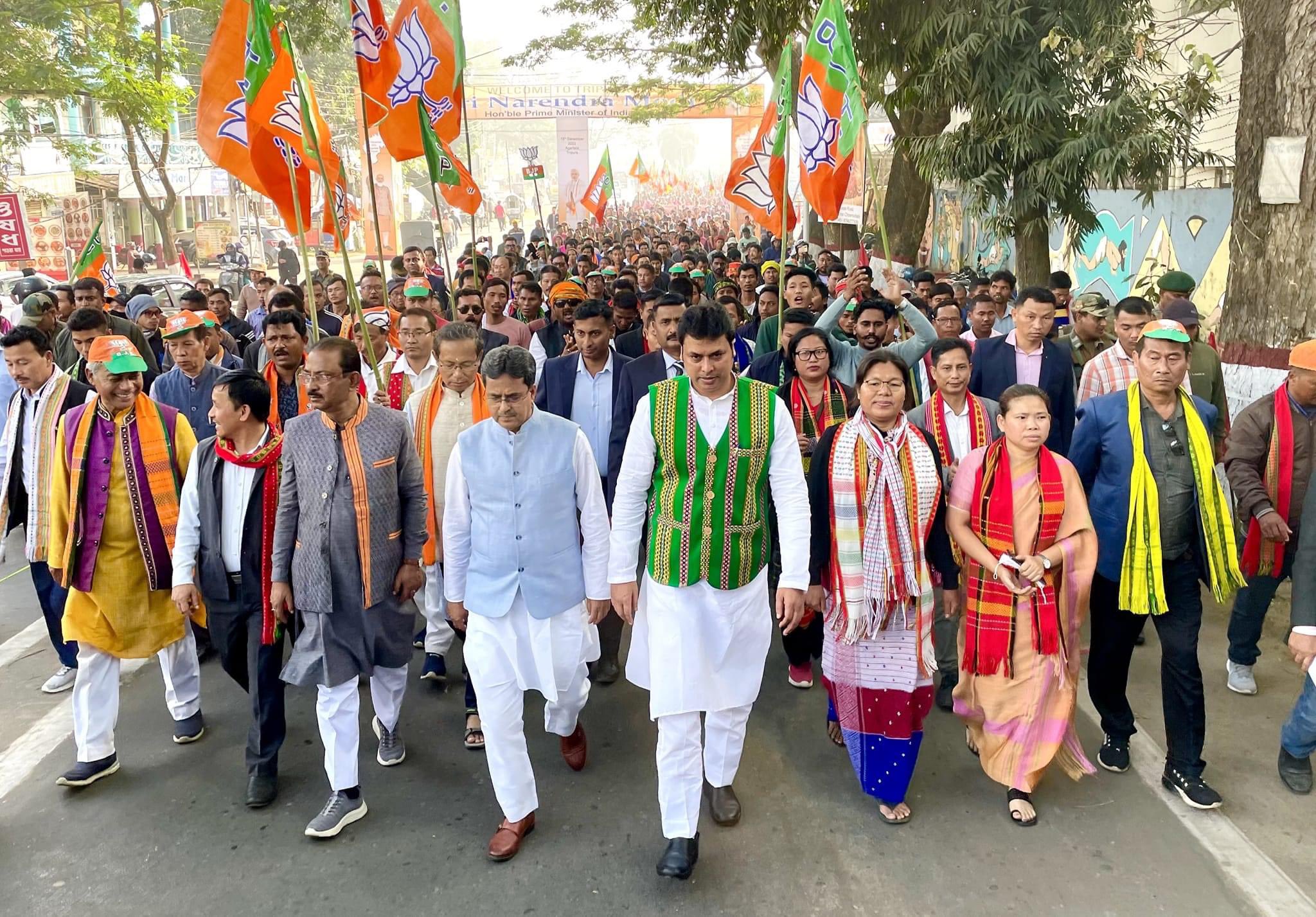 It was a massive show of strength by the BJP in Agartala as a sea of supporters led by Chief Minister Manik Saha and ex-Chief Minister Biplab Kumar Deb marched towards the Raj Bhawan today. The rally was taken out against alleged irregularities in areas under the Tripura Tribal Areas Autonomous District Council (TTAADC) ruled by opposition TIPRA Motha. The BJP also demanded the removal of the incumbent Council.

Later, addressing a massive gathering, Chief Minister Manik Saha sounded the poll bugle and exuded confidence that his party will retain power. Citing the enormous turnout in the rally, Chief Minister Saha said, “The way tribal brothers and sisters have turned up for the rally, has made it a success, I thank them. People’s support today clearly indicates that BJP will once again form the government with a thumping victory. There is no need to worry.”

Harping on BJP’s agenda of welfare of all, Chief Minister referred to the fact that his government has recommended the Centre to increase the number of seats in TTAADC from 28 to 50. According to CM Saha, this will certainly go a long way in giving representation to the 19 tribes and sub-tribes in Tripura.
Chief Minister Saha added that people of the state is with the BJP, since they are well aware of Prime Minister Narendra Modi’s welfare push for the betterment of the tribal society across the nation.

Chief Minister Manik Saha was also seen boosting the morale of the BJP workers as he stated that everyone from the top leadership to the grassroot level of the party, must swing into action from January 1, on an election mode until the results are declared.

In October, the BJP had accused TIPRA Motha of being involved in corruption related to public funds and said Motha was running the administration in the TTAADC since 2021 but failed to deliver promised development to the people.

The BJP also said that ample funds were provided to the tribal council for development but the ADC administration failed to provide development with these funds.