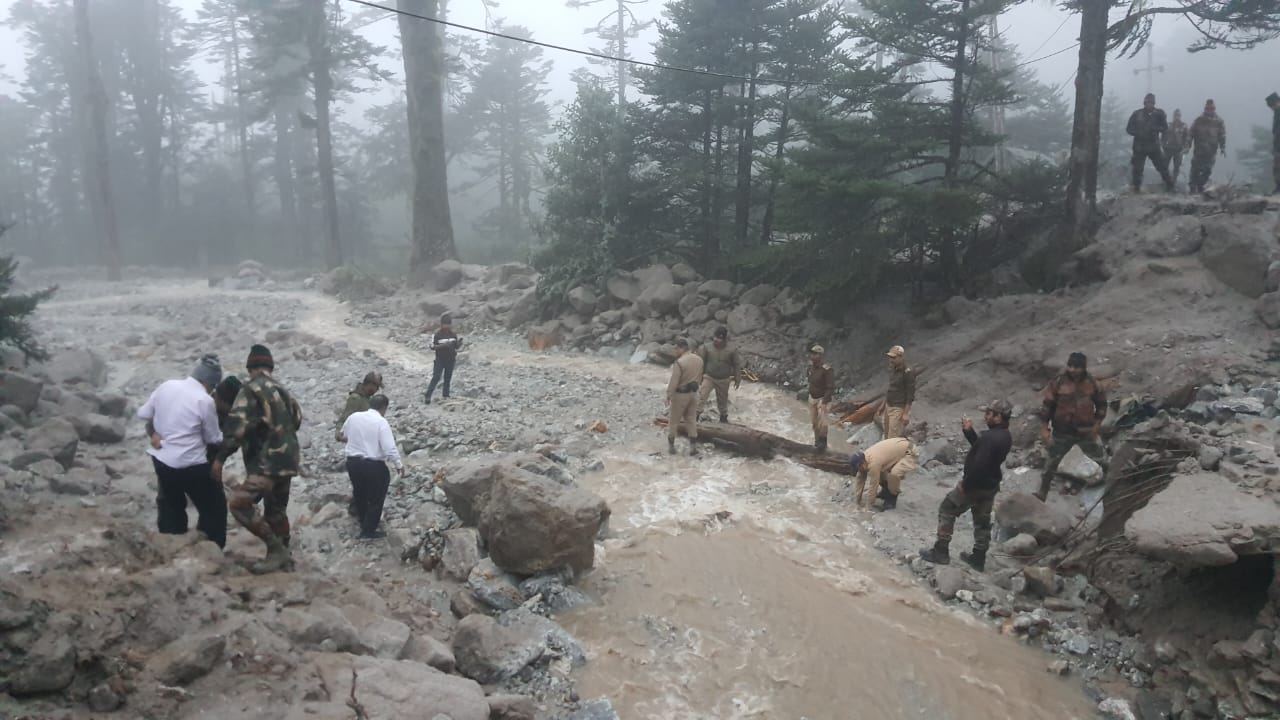 A massive landslide hit Yumthang valley on August 31 at around 4 pm in the evening. Information was received that 8 tourist vehicles were stranded due to the complete closure of roads.

Following the information of distress, the soldiers of Trishakti Corps went for a rescue operation and rescued 8 ladies, 2 Infants, and 68 others from the crippling Landslide.

A Walkable footpath was created with stones, wood planks, and ropes. A human chain was also formed for the stranded tourists to safely crossover.

Medical aids were provided at the army camp to the tourist. No casualty was reported from the incident.

Meanwhile, torrential rains are triggering landslides across Sikkim. The National Highway at 20th Mile was also blocked last night due to the massive landslide. A private vehicle was submerged under the debris.

As per the authorities, the road will take some time to restore. The authorities also advised people to avoid unnecessary traveling.

Meanwhile, a landslide was also reported from Namchi in South Sikkim, where three buildings collapsed.