The complete pandemonium broke out on the spot with stones being pelted and supporters of the Tibetan Special Army assaulting IRBN jawans. 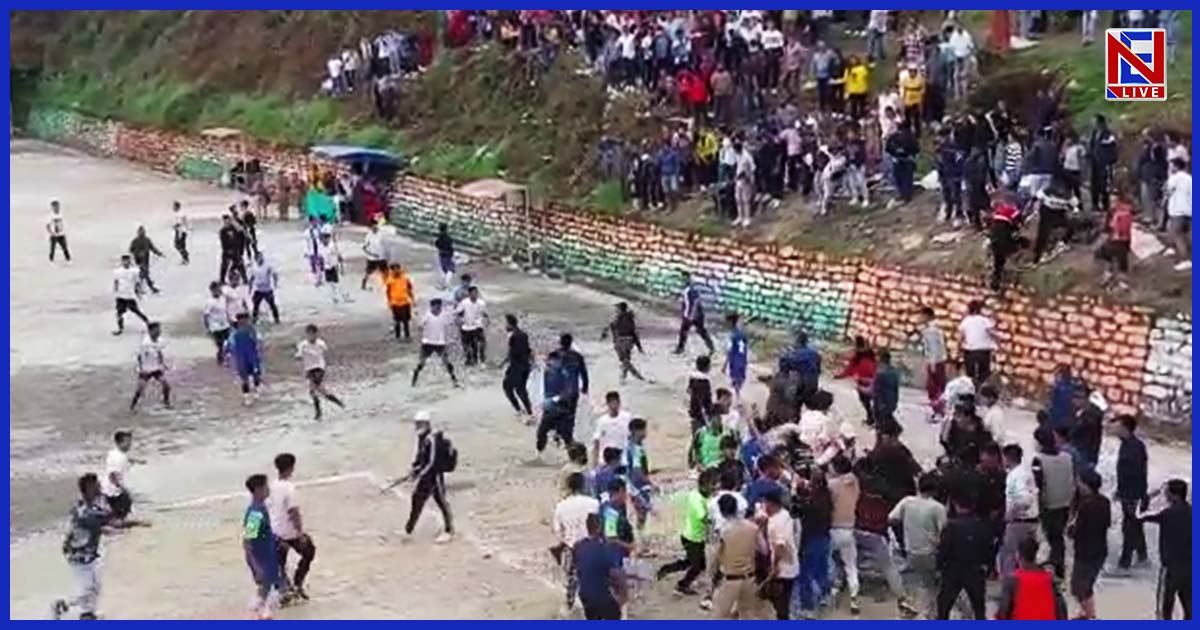 Chaos prevailed during an Independence Day special football match in Sikkim after a brawl broke out between the Tibetan Army Para Special Forces and the IRBN jawans.

The incident took place in Rabongla yesterday with the brawl reportedly breaking out over differences during the football match. C

The complete pandemonium broke out on the spot with stones being pelted and supporters of the Tibetan Special Army assaulting IRBN jawans.

A large chunk of the crowd consisted of residents of Namchi’s Rabong Tibetan settlement areas. Police personnel and IRBN jawans tried to pacify the crowd, however, the irate mob turned on them instead and began to assault them.

As per witnesses, Tibetan Army supporters manhandled on-duty IRBN jawans with most of the personnel appearing helpless in front of the huge crowd.

Meanwhile, the police are conducting an inquiry into the matter. This was confirmed to Northeast Live by Ravangla SDPO Bikash Tiwari. It is not yet sure if any arrest has been made so far.

Meanwhile, the ongoing 76th Independence Day Celebration Cup reached the semi-final on Saturday with the first match played between Aakraman FC and Gerogian FC, and the second match was played between Maneybhanjyang FC and Mixed-Up boys at Soreng Senior Secondary School playground.

Besides the cultural and sporting extravaganza, a host of other events were also part of the celebration that including the launching of the Soreng district website and booklet guidelines for Adoption of School and Har Ghar Tiranga Music video of Manoj Rai, by the Chief Minister.

The finale of the 76th Independence Day Celebration Cup organized by the Singling Sporting Club in coordination with IDCC, Soreng will be held on August 15, 2022, and will be played between Mixed-Up boys and Georgian FC.