The boundary committee constituted by the Mizoram government has opted for negotiations with Assam to find an amicable and lasting solution to the vexed Assam-Mizoram border imbroglio. This was informed 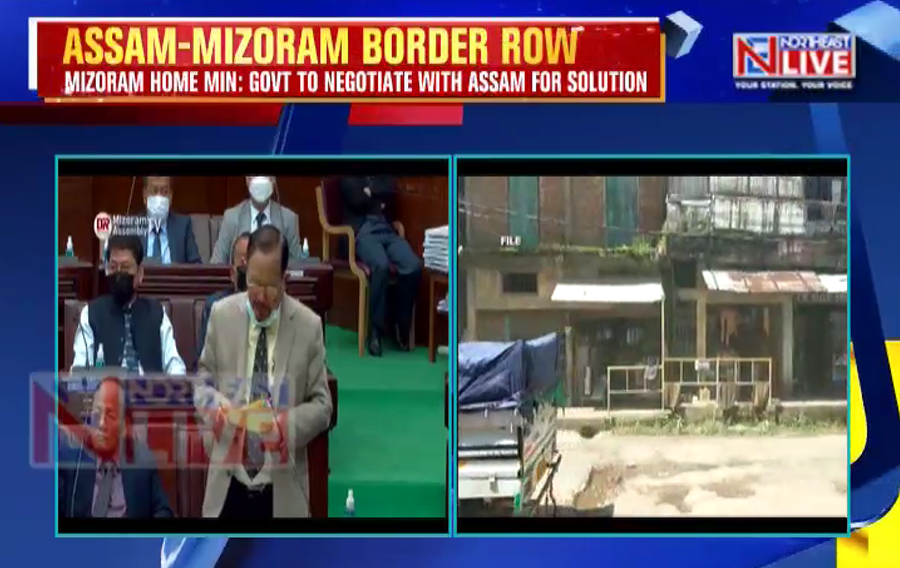 The boundary committee constituted by the Mizoram government has opted for negotiations with Assam to find an amicable and lasting solution to the vexed Assam-Mizoram border imbroglio. This was informed by Mizoram home minister Lalchamliana at the assembly yesterday.

Replying to a question from Lalrindika Ralte of the opposition Congress, Lalchamliana said that the amount of land reportedly forcibly occupied by the Assam police along the border areas of Kolasib in Mizoram and Cachar in Assam could not be ascertained as the interstate boundary dispute was not solved.

He said that the boundary committee chaired by Deputy Chief Minister Tawnluia and represented by all the political parties and major civil societies agreed to solve the Mizoram-Assam border dispute through talks.

Lalchamliana said that the committee was of the opinion that Boundary Commissions earlier formed to solve border disputes between Assam and other neighbouring states could not find lasting and amicable solutions as the states could not accept the recommendations of such commissions.

The Mizoram Home Minister also said that the boundary committee also had prepared a draft to be submitted to the Manohar Parrikar Institute for Defence Studies and Analysis once the team comes to Mizoram.

He said that several rounds of talks have been held between the two neighbouring states – at deputy commissioner level and chief secretary-level – after which Chief Ministers of the two states also have met and deliberated on the issue, but no solution so far.

Lalchamliana also said that Mizoram’s stance on the border with Assam has been the notification issued by the Governor-in-Council in 1875 under the Bengal Eastern Frontier Regulations, 1873.

He also said adding that negotiations should always be on a ‘give and take’ basis to find agreed solutions.