Sangma met the families of the victims and condoled the deaths. He also met the injured in hospital 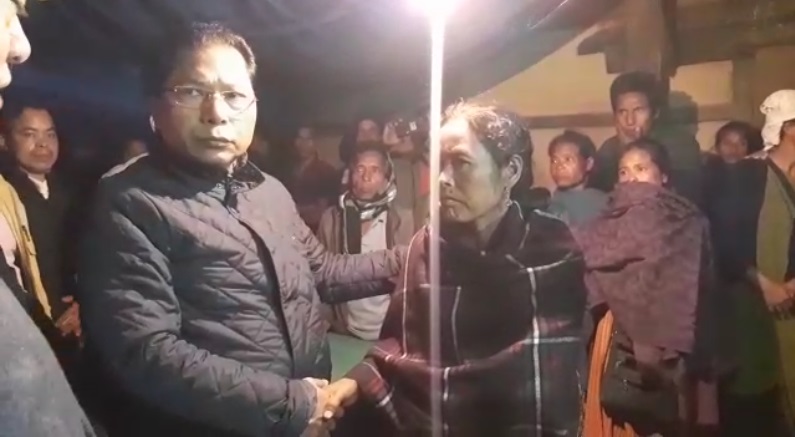 “Criminal proceedings have to be initiated immediately because this area is not a part and parcel of the areas of difference. This is well within Meghalaya. Who does not know the constitutional provisions to be followed when dealing with such situations?,” Sangma said last night after meeting the families of the victims and those injured admitted in hospital.

Sangma had rushed to Mukroh in West Jaintia Hills along Assam-Meghalaya border last night to meet the families of the victims and condoled the deaths. He also met the injured undergoing treatment in hospital.

The Meghalaya TMC leader lamented Assam authorities “perceived feeling that they can do anything and get away”.

Sangma recounted several similar instances from the past including the shooting incident in the month of September last year. Sangma further alleged that Assam had encroached upon Meghalaya land which is totally against the law.

The former Meghalaya CM said,”having seen the incident which has taken place resulting in this loss of lives, they have definitely encroached upon our villages, which is completely unconstitutional, illegal. Its a criminal act, therefore the authorities concerned must ensure that we do not allow them to get away.”

Mukul Sangma demanded action that would help instill confidence among the people of the state and it should be such that people do not lose trust on the administration and the justice system.

Besides, Sangma also sought for criminal proceedings against the Assam authorities and said,”Criminal proceedings has to be initiated immediately because this area is not a part and parcel of the areas of difference. This is well within Meghalaya.”