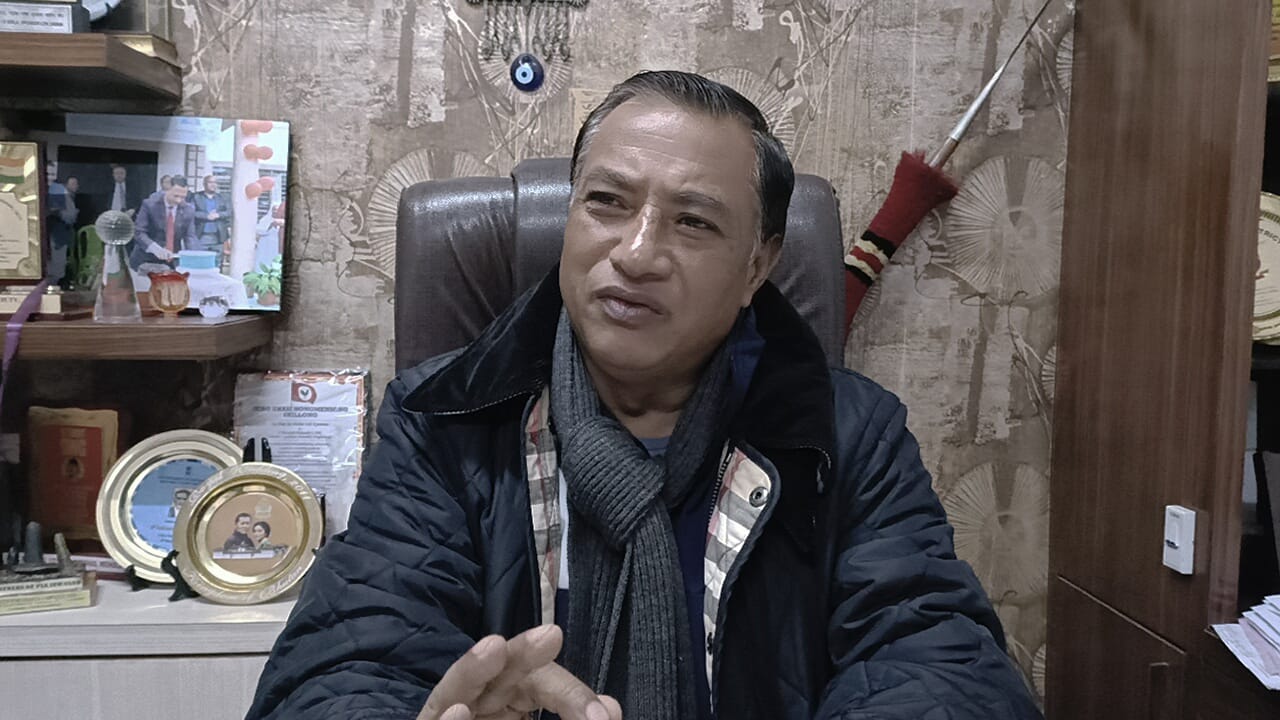 The BJP in Meghalaya has attacked it’s Big Brother in the MDA coalition-NPP, as the war of words is escalating in the run-up to the 2023 elections. What is significant is the fact that the BJP has levelled a serious allegation against the NPP-resorting to’Money Politics.’

AL Hek made the allegation when newspersons sought his response about allegations of the NPP trying to bring PDF MLA and Sports Minister Banteidor Lyngdoh on board the NPP at a cost of Rs 5 crore.

Top Meghalaya BJP leader AL Hek took potshots at the NPP and said that the party is clearly playing politics by using the influence of money power. “Now I am telling you. NPP is very clearly playing the money power politics. It is all money for the candidates of NPP.” Backing his statement Hek said this was the situation, when the state is allegedly facing multiple issues in terms of revenue generation, income, lacking in budget to pay the teachers as well as other government workers.

Hek said, “Even today we are facing lot of difficulties to pay the salary of our own government workers, we dont have the budget to pay our teachers. There are so many contractors, they are crying because they are not getting bills. Now they have crores and crores of money for the elections?”

According to the BJP leader, it takes not less than Rs 100 crore (did not specify if partywise/individually) to contest the elections in Meghalaya. In fact AL Hek also remarked that the amount exceeds upto a thousand crore for contesting elections in states like Arunachal Pradesh and Nagaland.

AL Hek further in this context pointed out that the state is already burdened by loans amounting upto billions and billions taken from the World Bank as well as the Asian Development Bank.

The BJP leader drew analogy with the economic crisis leading to political turmoil in Sri Lanka and said that nobody wants such a situation to arise in Meghalaya.