Today is Mahashivaratri and people in Assam were seen thronging Shiva temples on the occasion. Large crowd of devotees could be seen from morning outside temples across the state. Devotees 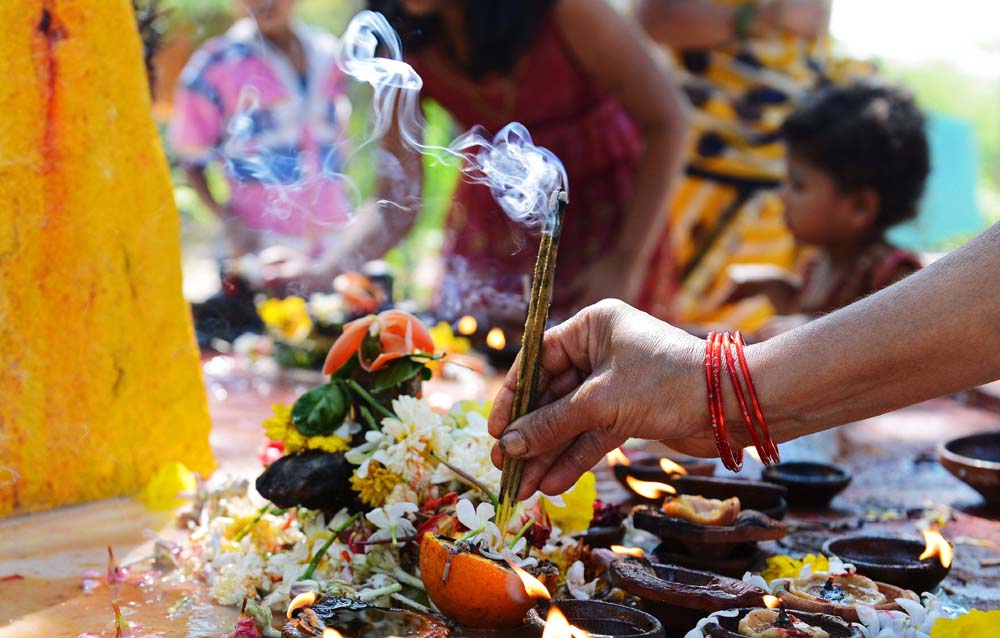 Indian Hindu devotees offer prayers to a Shiva Lingam, a stone sculpture representing the phallus of Hindu god Lord Shiva, to mark the Maha Shivaratri festival at the Shiva Mandir in Hyderabad on February 17, 2015. The festival of Maha Shivaratri is marked by Hindus by fasting and offering prayers in a night-long vigil. AFP PHOTO / Noah SEELAM

Today is Mahashivaratri and people in Assam were seen thronging Shiva temples on the occasion. Large crowd of devotees could be seen from morning outside temples across the state. Devotees could be seen carrying containers of water or milk as they stood in line outside the temples to take part in the worship of Lord Shiva.

Assam’s Sivasagar district, where the famous temple of Shiva Dol exists, was in fact, beautifully decorated on the occasion.

Scores of devotees gathered up to observe the occasion as authorities took special care of the security to avoid any sort of mishap.

Shivaratri festivities could also be seen in other towns of the state like Jorhat and Tezpur where devotees came out in large numbers to mark the occasion.

Apart, from the state, the rest of India is also celebrating the festival with great fervor. The festival is celebrated with much aplomb by the devotees of Lord Shiva who are fasting today to mark their devotion for their beloved deity.

Just like Junagarh in Gujarat where a yearly Maha shivratri mela is being accorded a Mini Kumbh Mela status this year, in Bengaluru too, thousands of devotees gathered together with spiritual leader Sri Sri Ravishanker to offer prayers.

In Varanasi, several temples are going to organize a wedding baraat where a lot of people will play the role of different Gods and Goddesses.

The city which is also the spiritual capital of india has one of the most important Shiva temples in the country and hence like every year, one can expect more than a million Hindus going there to perform rituals.