During 2022, the dynamic Assam Chief Minister led from the front and was on ground zero to assess the state of affairs by visiting 35 districts 230 times last year, 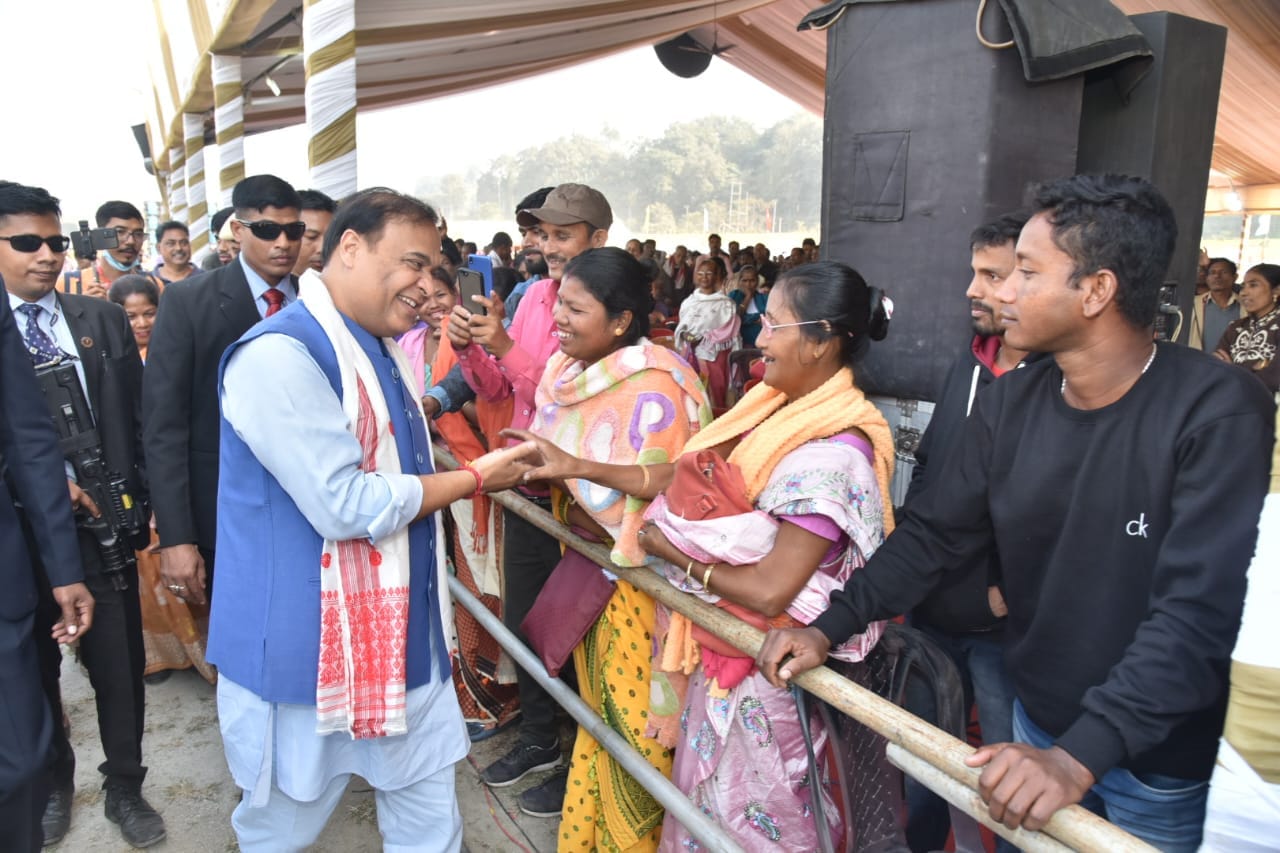 Assam has scaled new heights in 2022 in different parameters,be it health, education, infrastructure, ending insurgency, crime and many other developmental parameters, Chief Minister Himanta Biswa Sarma said interacting with journalists on the first day of the New Year.

It is indeed a success story of the Himanta Biswa Sarma government which has focused only on the inclusive development agenda for the state and its people.

CM Sarma highlighted the massive push for all round development. that his government has given throughout his second year in office. It is a history of sorts, as the Himanta Biswa Sarma cabinet met 72 times officially and took 966 decisions. What is more significant is that, 86.6% of the decisions taken in the cabinet meetings have been implemented, said Chief Minister Sarma. The cabinet meetings held in different districts of the state, with the last one being held in the national capital.

Besides, 189 departmental meetings at the Chief Minister level were held in 2022 for reviewing progress and implementation of welfare schemes.

During 2022, the dynamic Assam Chief Minister led from the front and was on ground zero to assess the state of affairs by visiting 35 districts 230 times last year, which also included 46 overnight stays.
The Assam Chief Minister also revealed the mantra behind the growth in state’s economy. Himanta Biswa Sarma said, “the state’s economy is growing stronger and stronger. Chief Minister Sarma attributed this to the total decline in protests and agitation particulary. He informed that the state has received and additional Oil Royalty of Rs 1500 crore owing to this prevailing situation.

Chief Minister Himanta Biswa Sarma said in 2021-2022 the Oil Royalty was Rs 2538 cr, but this year it has already shot up to Rs 3178 crore with 3-months still pending for the total count.

“We did not analyse as to how fringe protests had harmed the economic development. Because of the end in protests and agitation, Assam is becoming a state with huge potential,” said Sarma.

Not only this, Chief Minister Himanta Biswa Sarma also highlighted “the dream of recruiting 1 lakh youths in government jobs will soon be a reality since protests and agitations have ended.”

The growth rate of the state has been pegged at 26%, Chief Minister Sarma informed. He is further hopeful that the growth rate will climb to nearly 30% by the end of March.

Chief Minister Sarma said that Assam is on the growth trajectory as he took exception of the fact that his government intends to take the GDP of the state to 13 % as compared to the 12.66% in the last fiscal.
Speaking on the law and order front, Chief Minister Himanta Biswa Sarma said that the Assam Police was quite active in the last year. He said that the government will fill up the 3000 vacancies for which notifications will be out soon, making it the only police force in the country with no vacancies.

It is indeed a year of success for the Himanta Biswa Sarma government in it’s War on Drugs. The Assam Chief Minister said the police was able to recover drugs worth whopping Rs 781 crore last year as compared to Rs 400 crore in 2020.

“It is nothing like that so much drugs is consumed in Assam, but the state is being used as corridor. By seizing the drugs in Assam, we are discharging a national obligation. Assam Police is contributing towards the nation,” Chief Minister Sarma added. Besides, he added that under the guidance of Union Home Minister Amit Shah, the Assam Police is working in close tandum with central agencies. “We have created a grid between the central agencies and the Assam Police.”

Sarma also lauded the role of the security agencies in the crackdown against radical terror groups, particularly the Ansarul Bangla Team (ABT) which is an affiliate of the Al Qaeda (Indian Sub-continent). He said that 9 modules of both the groups have been busted with a number of 51 arrests made in this connection.

Meanwhile, Assam Chief Minister Himanta Biswa Sarma also spoke on the Centre and his government’s Push for Peace, especially the ULFA-I issue. Sarma said that the channel of communication with ULFA-I Commander-in-Chief Paresh Baruah is not an issue.

While touching upon various other issues, the Assam Chief Minister also exchanged his views with the senior journalists on the delimitation issue.

Chief Minister Sarma pointed out,”Desired results could not be achieved in terms of the Assam Accord, NRC. But delimitation can be one exercise through which we can safeguard the future of Assam for at least 2 decades.”

The Assam Chief Minister futher added, “It is not important whether BJP or the Congress wins, but the idea is to prevent the demographic change in the State Legislative Assembly as well as in the entire state.”
However, Chief Minister Himanta Biswa Sarma clearly maintained that delimitation is a non-political exercise and is based on data.

“It is an exercise in fairness,” Sarma added.