The Dispur police, acting on a tiff, launched an operation at Barak Lodge, behind the MLA hostel in Dispur 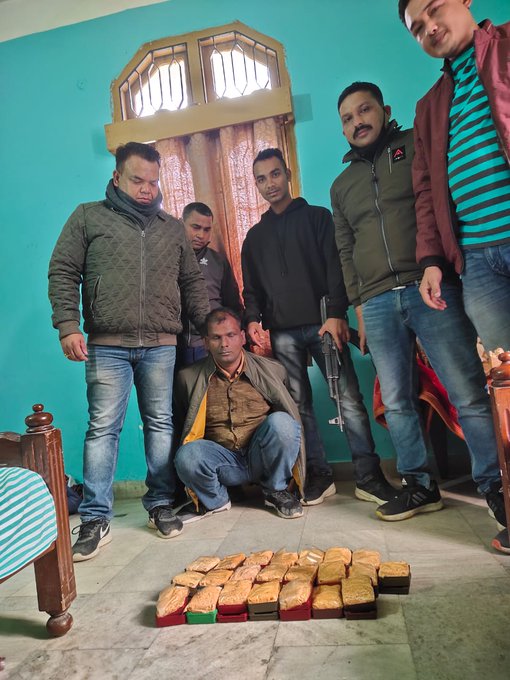 In a major crackdown on drugs, the Guwahati police on Saturday seized heroin worth Rs 2.40 crore from the Last Gate area of Guwahati city.

The Dispur police, acting on a tiff, launched an operation at Barak Lodge, behind the MLA hostel in Dispur, stone’s throw from the Secretariat.

During the raids, police recovered 25 packets of heroin weighing 300 gms.

The drug peddler has been identified as Mohammad Noor from Kwakta in Bishnupur district, Manipur.
Joint commissioner of Guwahati police, Partha Sarathi Mahant, speaking to the media, informed that a team of police launched an operation after receiving information from a source about a drug peddler from Manipur entering Guwahati with contraband.

Acting on the information received, the police seized heroin worth Rs. 2.40 crore from a drug peddler in Last gate.

Further investigations are going on.