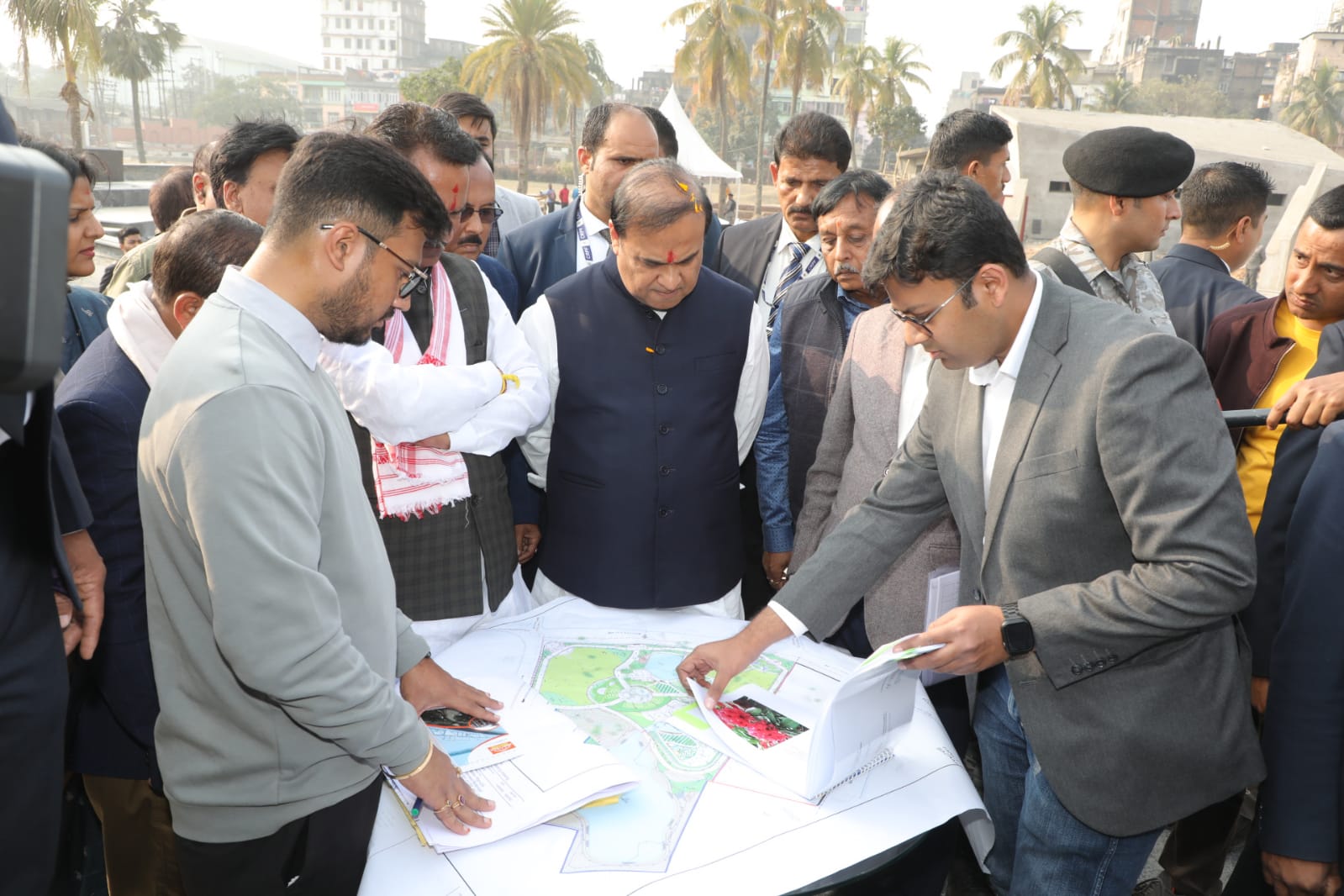 Guwahati is all set for a mega transformation. A slew of infrastructure and city beautification projects are underway that would not just give the city, popularly referred to as the Gateway to the Northeast a big makeover, but would also transform the city into being the Gateway to South East Asia.

The infrastructure projects are expected to be completed in the next 1-1.5 years.

Speaking at the launch of the beautification project of the iconic Jorpukhuri twin ponds at the Ugratara Temple, in Guwahati, Chief Minister Himanta Biswa Sarma said that Guwahati has always been known as the Gateway to Northeast, but now it is fast becoming the Gateway to South East Asia.

Chief Minister Sarma said that his government has successfully launched the first phase of the Greater Guwahati Water Supply scheme. Sarma said, “Today we are providing tap water to at least 10,000 people in the city. I believe in the coming 1-1.5 years we will be able give tap water to all the residents of Guwahati.”

The CM said the work in going on for the development and upgradation of the city roads and once the constructions of flyovers in the city is over, the traffic situation in the city will get better. The govt has also decided to take up ambitious projects of constructing Ring Roads.

Referring to the AIIMS that is coming up in Changsari, the CM said that the facility would be operational from April.

“From April next we will also launch services at the Guwahati AIIMS. Towards the end of this year the Guwahati-North Guwahati bridge will be completed. Because of this bridge, from areas like Uzan Bazaar we can reach AIIMS in 10 minutes,” Sarma highlighted.

On the other, the Chief Minister also mentioned that the construction work for the 2nd Medical College in Guwahati has already begun and is set for completion by next year.

Not only this, the Assam Chief Minister also spoke about his government’s ambitious plans to beautify Guwahati and set a new standard. “In place of SP, DC offices a beautiful river front is being developed, construction of River Terminal near Brahmaputra is also going on. The way we have begun working for the Jorpukhuri project, similarly we are also trying to beautify the other ponds of the city. In this way many projects have begun in Guwahati,” Sarma said.