The police team retaliated and fired at the car lifter as he attempted to move towards Gopalganj from the Central Road point area. 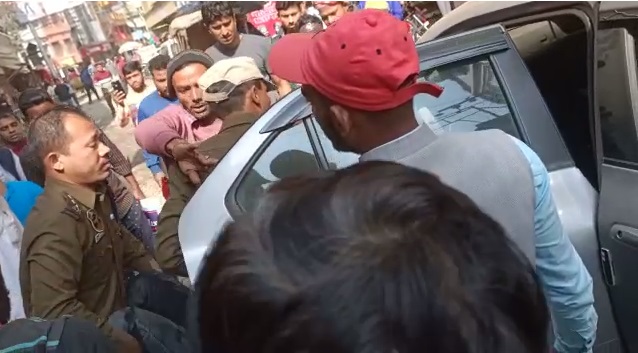 Accused being taken to hospital

However, the situation turned ugly as the accused tried to flee by stabbing a constable after sensing trouble. The police team retaliated and fired at the car lifter as he attempted to move towards Gopalganj from the Central Road point area.

Cachar SP Numal Mahatta said that the police had leads about the movement of the carlifter who was trying to commit theft. Upon receiving this information the police in no time swung into action with Silchar Sadar Police station OC Amit Kumar Singh leading the operation.

Besides, the Cachar SP also informed crime records show that accused Lal was a kingpin who was operating a racket involved in theft of cars and 2-wheelers in the entire Barak valley. The stolen vehicles were then transported to the neighbouring states, the Cachar SP added.

Cachar SP Numal Mahatta added that many cases have been registered against the accused and was also arrested earlier too.

The accused when trying to flee after stabbing the constable, was shot at and suffered a bullet injury in his stomach.

On the other hand, the injured constable identified as Anwar Hussain Barbhuiya, is undergoing treatment at the SMCH.