Lachit’s bravery is an example and an inspirations for all, said Union Home Minister Amit Shah in Delhi today. 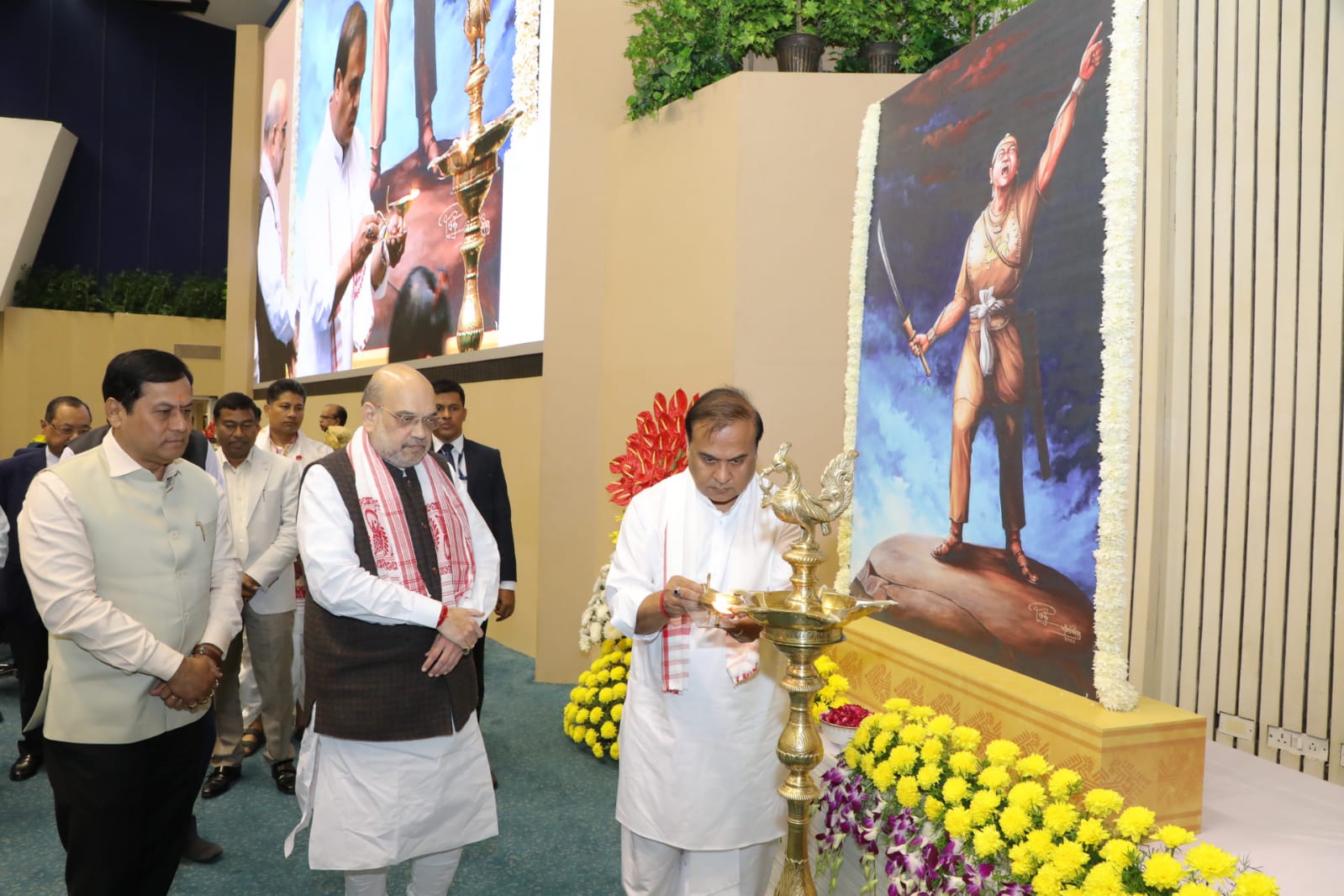 Remembering the heroism and valour of legendary Ahom General and national icon, Lachit Barphukan, Union Home Minister Amit Shah today said that Lachit’s bravery is an example and an inspirations for all, particularly the brave jawans who are always ready to sacrifice their lives for their motherland.

“The Mughal rulers had to face defeat before the valour of Ahoms because of which the history and identity of the indigenous is still alive. The Ahoms had to face tough times as they had to unite all the other tribes for defeating the Mughals,” Shah said addressing the 400th Birth Anniversary of Lachit Barphukan in New Delhi.

He further said that it is because of the heroism of Ahom generals like Bir Lachit Barphukan that the culture and heritage of Northeast remained intact and untouched while the rest of India was ravaged by multiple invasions and battles.

Paying tributes to the legendary Ahom general, the Home Minister said Lachit wasn’t a commander alone but a symbol of patriotism whose saga of valour and courage shouldn’t be limited to the boundaries of Assam alone but should spread all across the country.

Referring to Lachit as a breakwater to Mughal emperor Aurangzeb’s expansionist ambitions towards the nations of Southeast Asia, the Union Home Minister credited him with being a central force that stopped the Islamisation of a large swathe of land spanning several nations, cultural identities and ethnicities.

The Union Home Minister also lauded Lachit’s skills in using diplomacy and war strategy against a numerically and militarily stronger Mughal force as worthy of further studies and discussion. He also praised Lachit’s skillful negotiations with leaders of various ethnicities inhabiting Assam in forming a united front against the invading Mughal forces.

The Union Home Minister said that it is high time to imbibe the ideologies of such great icons and get inspired from the glorious past to shape oneself as an able citizen of the nation.
Home Minister Shah released the documentary based on the life and valour of Bir Lachit Barphukan.

Speaking on the occasion, Assam Chief Minister Himanta Biswa Sarma said that the government has dedicated the Police Academy in Dergaon in the name of Bir Lachit Barphukan.