Delhi Police on Tuesday used tear gas to disperse farmers who gathered at Sanjay Gandhi Transport Nagar after scuffles broke out between protesters and police personnel.

The farmers were participating in the tractor rally against the new agriculture laws on Republic Day. Protesters also took over a police vehicle at the site. 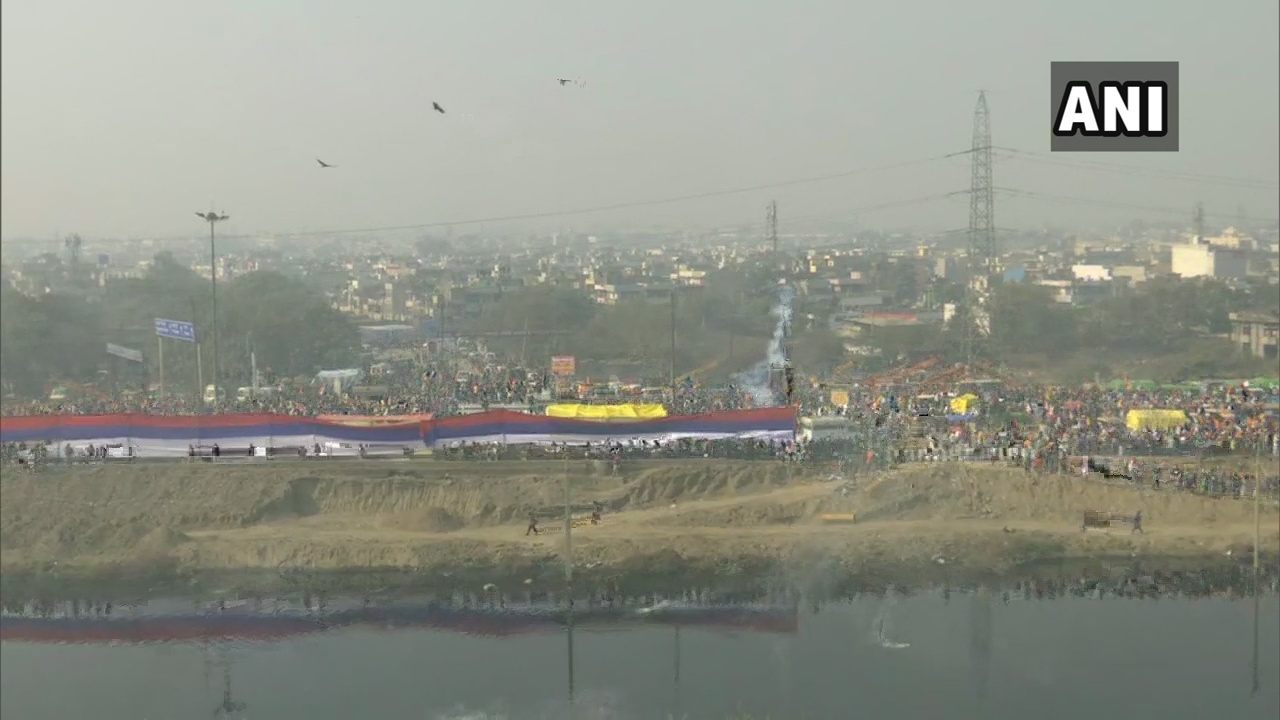 The rally began from Singhu border earlier in the day. Farmers were seen climb atop a police water cannon vehicle at Sanjay Gandhi Transport Nagar. 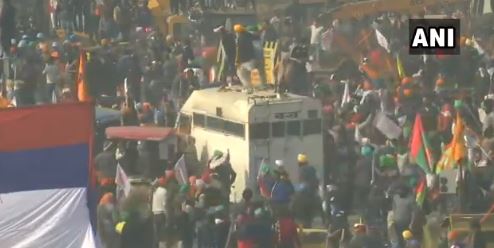 Protesters were seen on top of a police vehicle and removing police barricading at Mukarba Chowk.

“We have to move towards Ring Road but police is stopping us. We have given them 45 mins to speak to their seniors. We are carrying out a peaceful parade. The route they are asking us to follow was not agreed upon,” Pannu told ANI.

SS Yadav, Joint Commissioner of Police, who was present at Singhu border said that the police are cooperating with farmers.

“They have cooperated with us and we are cooperating with them. It is our request that they continue to follow the route they are currently on,” he said.

Security has been tightened in the national capital with police barricades mounted at various important places in the city including ITO, Yamuna Bridge and other locations.

Special Commissioner of Police (CP), Intelligence in Delhi Police, Dependra Pathak has said on Sunday, “The tractor rally will enter Delhi from Tikri, Singhu, and Ghazipur borders and return to its originating points. From Singhu, it will pass through Kanjhawala, Bawana, Auchandi border, KMP Expressway, and then return to Singhu.”

Farmers have been protesting on the different borders of the national capital since November 26 against the three newly enacted farm laws – Farmers’ Produce Trade and Commerce (Promotion and Facilitation) Act, 2020; the Farmers Empowerment and Protection) Agreement on Price Assurance and farm Services Act 2020 and the Essential Commodities (Amendment) Act, 2020.

The eleventh round of talks between farmers and the government was held on Friday.

The talks of farmer unions and the government have seemingly broken down after the former insisted on their demand for the repeal of three new farm laws and the latter asked them to reconsider its offer to put these laws on hold for about 18 months.

Union Agriculture Minister Narendra Singh Tomar on Monday said that the agitation against the farm laws which has been going on for almost two months will end soon. (ANI)