On a recent Thai Smile Airways, a full out brawl broke out while the plane was mid-air. 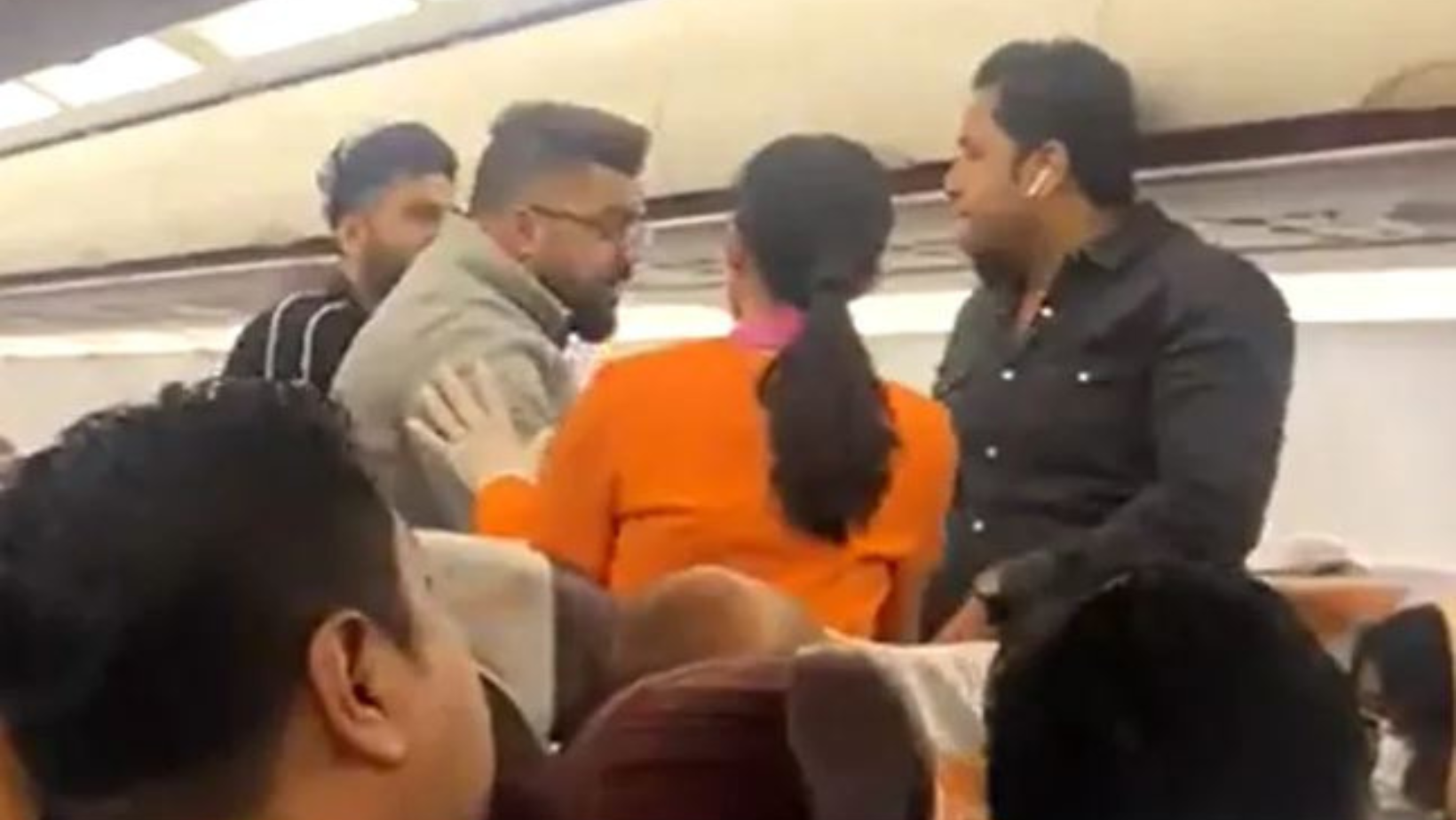 India’s number of mile high offenders is on the rise, and thanks to social media these incidents are drawing more attention than ever before. On a recent Thai Smile Airways flight that was reportedly traveling from Bangkok to India on Tuesday, an all-out fight broke out, alarming other passengers and crew.

In the video of the incident, two men can be seen arguing with each other while a flight attendant attempts to defuse the situation. One of the men can be heard saying to the other “haath neeche kar”, which translates to “put your hand down”. As the fellow passengers and cabin crew look on, the fight quickly turns physical.

The man is seen taking off his spectacles, and starts to hit the other man, as the former’s friends join in the altercation. The other man does not hit back, and only tries to shield the blows. Co-passengers and flight attendants can be heard urging the man to stop and calm down, before a flight attendant is successful in separating the two.

In a similar incident earlier this month, a video surfaced online of an IndiGo flight from Istanbul to Delhi where a passenger and flight attendant got into a yelling match, which drew mixed reactions from the internet. While some noted a growing trend of impatience shown by cabin crew, others asserted that it was unacceptable to shout at flight attendants.

In a response to the earlier incident, IndiGo Airlines said that “We are looking into the incident and would like to assure that customers’ comfort has always been our top priority.”