Home  ⁄  topnews   ⁄   Watch: Bengaluru Traffic Cop Climbs Hoarding To Save A Pigeon, Internet Thanks Him

Watch: Bengaluru Traffic Cop Climbs Hoarding To Save A Pigeon, Internet Thanks Him

While a majority of users thanked the policeman for his selfless service, others were concerned about his safety. 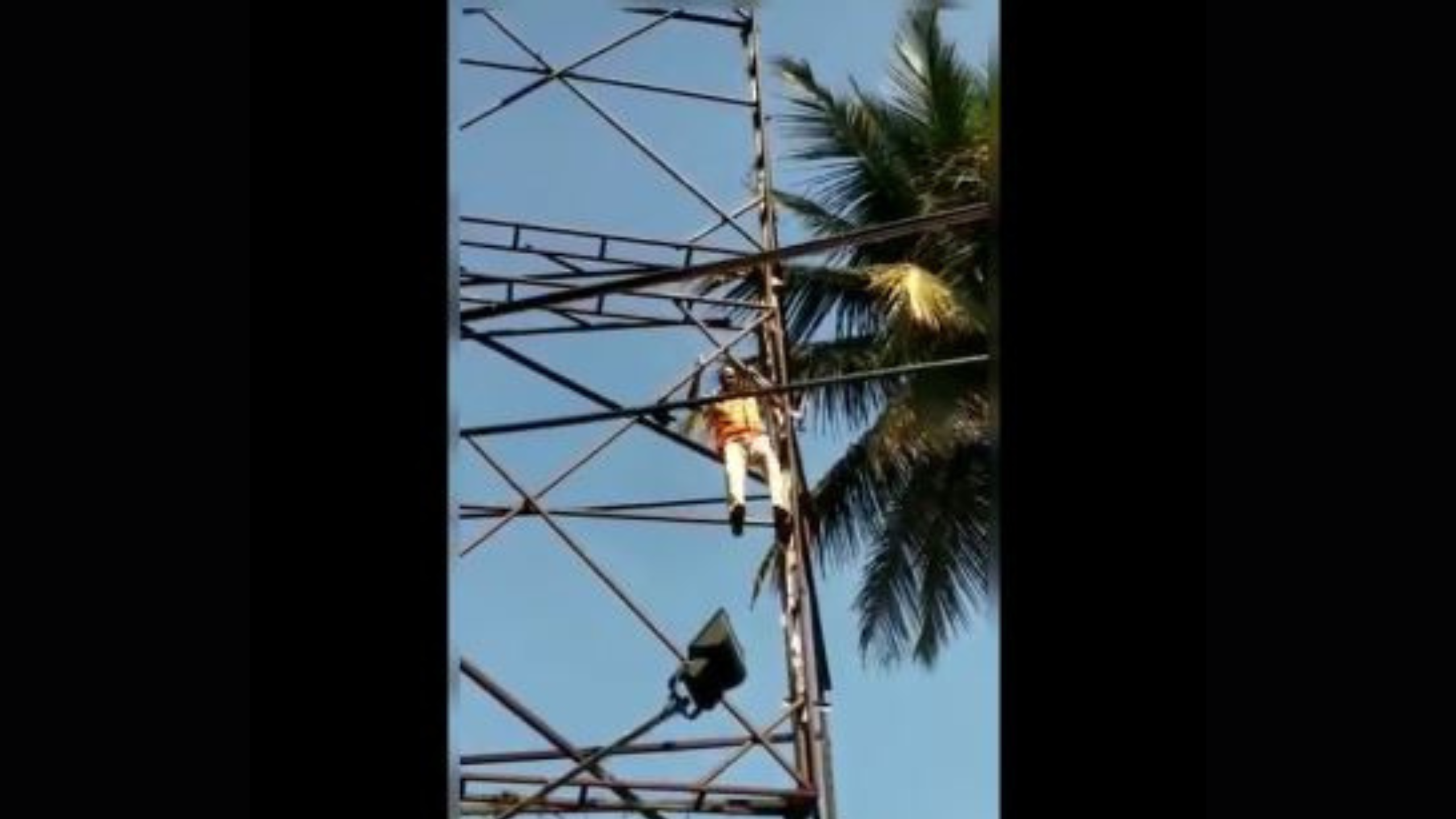 A Bengaluru traffic policeman has earned the internet’s praise after he risked his life to save a bird. In a video of the incident, a traffic policeman named Suresh from the Rajajinagar traffic police station, was seen climbing a hoarding to untie a thread wrapped around a pigeon. After being freed, the bird flew away. However, the cop was without any safety gear, which left many users concerned.

The video was shared by Kuldeep Kumar R Jain, Bengaluru’s deputy commissioner of traffic police (west). He lauded the policeman and wrote, “The hidden and unexplored side of policemen. Well done Mr Suresh…”

While a majority of users thanked the policeman for his selfless service, others were concerned about his safety. Many demanded harness belts and safety gear for cops.

“This is beyond the call of his duty. Please ensure he is suitably awarded,” a Twitter user wrote. Another commented, ”Appreciate the action but not at the cost of safety. Like how you insist on helmets for all riders, safety should be a priority for the policeman as well. He too has a family back home.”

A third wrote, ”Excellent intent and gesture.. however, it would have been better to see the policeman able to quickly arrange and use safety gears. Can we equip our PCR vehicles with emergency/ safety kits, and train our staff to use those?” A third reiterated the same and wrote, ”Sir, Without safety and precautions please don’t encourage such actions. In the event of adverse consequences I am pretty sure none will come in support for his family throughout his life.”

The video was also shared by Karnataka home minister Araga Jnanendra, who wrote, “Our mobile police are also involved in rescue work. Mr. Suresh, Traffic Police of Rajajinagar, rescued the crow stuck in the tower with great care. Kudos to him for his punctuality and sense of duty.”