Vicky Kaushal jets off to “City No. 10” as he resumes ‘Sam Bahadur’ shoot

Actor Vicky Kaushal, on Thursday, jetted off to an undisclosed location to resume the shooting of his upcoming film ‘Sam Bahadur’.Taking to Instagram, Vicky shared a picture which he captioned, 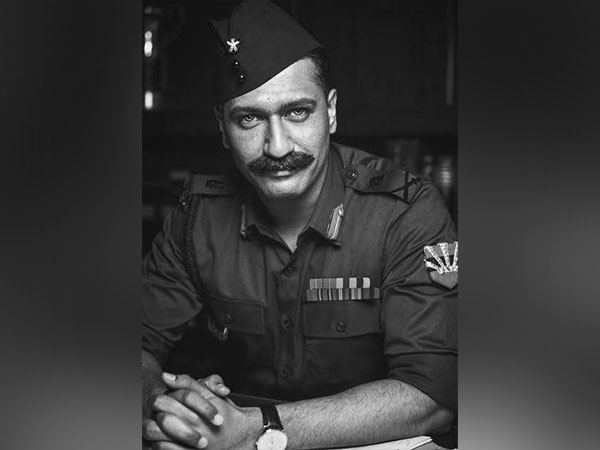 Actor Vicky Kaushal, on Thursday, jetted off to an undisclosed location to resume the shooting of his upcoming film ‘Sam Bahadur’.
Taking to Instagram, Vicky shared a picture which he captioned, “Touchdown city no.10… Time to meet Sam again!.”

In the picture, Vicky could be seen sitting inside a plane and donning a grey hoodie, black shades and a black cap.
Helmed by Meghna Gulzar and produced by Ronnie Screwvala(RSVP), ‘Sam Bahadur’ is the story of India’s war hero and first Field Marshal, Sam Manekshaw featuring Vicky in the titular role and is all set to hit the theatres on December 1, 2023.

Soon after Vicky shared the picture, fans flooded the comment section with red hearts and fire emoticons.
“Blockbuster loadingggggg,” a fan commented.
Another fan wrote, “Vicky HOT Kaushal.”
Recently the makers of the film dropped a teaser of the film in which he was seen wearing a uniform and walking through his troops as they make way for his exit.
Talking about the film, Meghna had earlier said, “Finally, after years of extensive research, writing, brainstorming and rigorous preparation, ‘Sam Bahadur’ has finally gone on floors. It is tremendously fulfilling to be on set and have the opportunity to tell the story of Sam Manekshaw’s inspiring life. A life of bravery, courage, determination and righteousness. They don’t make men like him anymore!”
Vicky also shared his feelings. He said, “I am fortunate to portray the role of a real-life hero and patriot who is still remembered and loved for his contributions to our country. There is a lot to learn and take back as an actor. With the amount of prep and hard work, the whole team has put in. I am sure the audiences will be thrilled to watch Sam’s mesmerising journey to making India what it is today.”
Sanya Malhotra and Fatima Sana Shaikh are also a part of the film. (ANI)

Also Read: PM Modi to flag off world’s longest cruise MV Gange Vilas, other major waterways projects. Here is why it is important for Assam