US completes withdrawal of forces from Afghanistan after 20-year war

The Pentagon on Monday announced that the withdrawal of US troops from Afghanistan has been completed, after 20 years of US military operations. General Kenneth McKenzie, commander of US Central 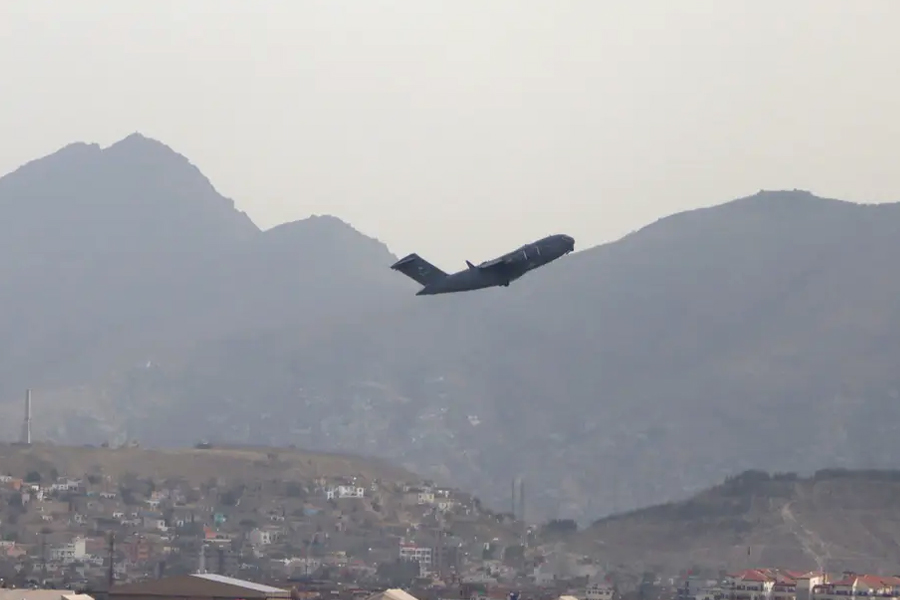 The Pentagon on Monday announced that the withdrawal of US troops from Afghanistan has been completed, after 20 years of US military operations.

General Kenneth McKenzie, commander of US Central Command, announced the completion of US withdrawal from Afghanistan during a Pentagon news conference.

“I’m here to announce the completion of our withdrawal from Afghanistan and the end of the mission to evacuate American citizens, third-country nationals and vulnerable Afghans.

The last C-17 lifted off from Hamid Karzai International Airport on August 30, this afternoon at 3:29 pm East coast time, and the last manned aircraft is now clearing the space above Afghanistan,” CNN quoted McKenzie as saying.

McKenzie further said that the US will continue the diplomatic evacuation mission.

“While the military evacuation is complete, the diplomatic mission to ensure additional US citizens and eligible Afghans, who want to leave, continues,” he said.

Tonight’s withdrawal signifies both the end of the military component of the evacuation, but also the end of the nearly 20-year mission that began in Afghanistan shortly after September 11, 2001, he stated.

“It’s a mission that brought Osama bin Laden to a just end, along with many of his al Qaeda co-conspirators. It was not a cheap mission. The cost was 2,461 US Service members and civilians killed and more than 20,000 who were injured. Sadly, that includes 13 service members who were killed last week by an ISIS-K suicide bomber. We honor their sacrifice today as we remember their heroic accomplishments,” McKenzie said.

McKenzie also highlighted the sacrifices of those who served in Afghanistan and his personal connection to the mission.

“No words from me could possibly capture the full measure of sacrifices and accomplishments of those who served, nor the emotions they’re feeling at this moment. But I will say that I’m proud that both my son and I have been a part of it,” McKenzie added.

Meanwhile, the last two US officials to step off Afghanistan soil and onto a US military aircraft out of Afghanistan were Gen. Chris Donahue, commander of the 82nd Airborne Division, and the top US diplomat in Kabul, Charge d’Affaires Ross Wilson, said Gen. Kenneth “Frank” McKenzie, the top general of US Central Command, reported CNN.