The International Association for Parliamentarians for Peace felicitated several MPs including Union Ministers from the Northeastern region at a felicitation programme held in New Delhi. As many as four MPs 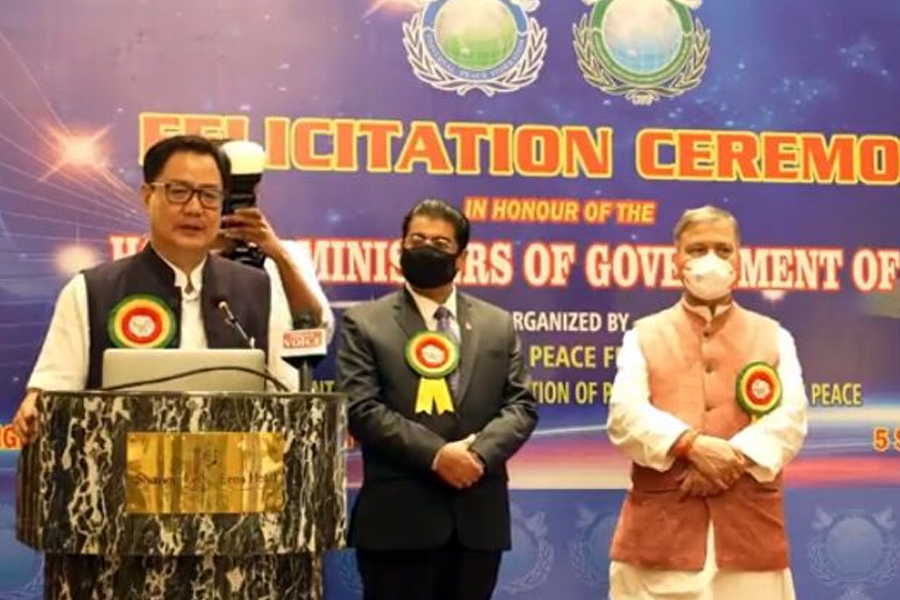 The International Association for Parliamentarians for Peace felicitated several MPs including Union Ministers from the Northeastern region at a felicitation programme held in New Delhi.

As many as four MPs from Northeastern states of Assam, Arunachal and Manipur were felicitated by the International Association for Parliamentarians for Peace along with MPs from across the nation.

While sharing a video of the event, Kiren Rijiju tweeted, “Attended the felicitation function organized by the INTERNATIONAL ASSOCIATION OF PARLIAMENTARIANS FOR PEACE at New Delhi along with my colleagues MoS Petroleum & Natural [email protected]_TeliJi, MoS External [email protected] Rajkuma11Ji and MP @BKalitaAssamJi & other dignitaries.”

“A success story in India is basically going to be a global success,” said Kiren Rijiju, who earlier served as Union minister of state for home and Union sports & youth affairs minister.

Meanwhile, Mizoram MLA ZR Thiamsanga was conferred the ‘Best Citizens of India’ award by the International Publishing House in recognition of his service to society as well.