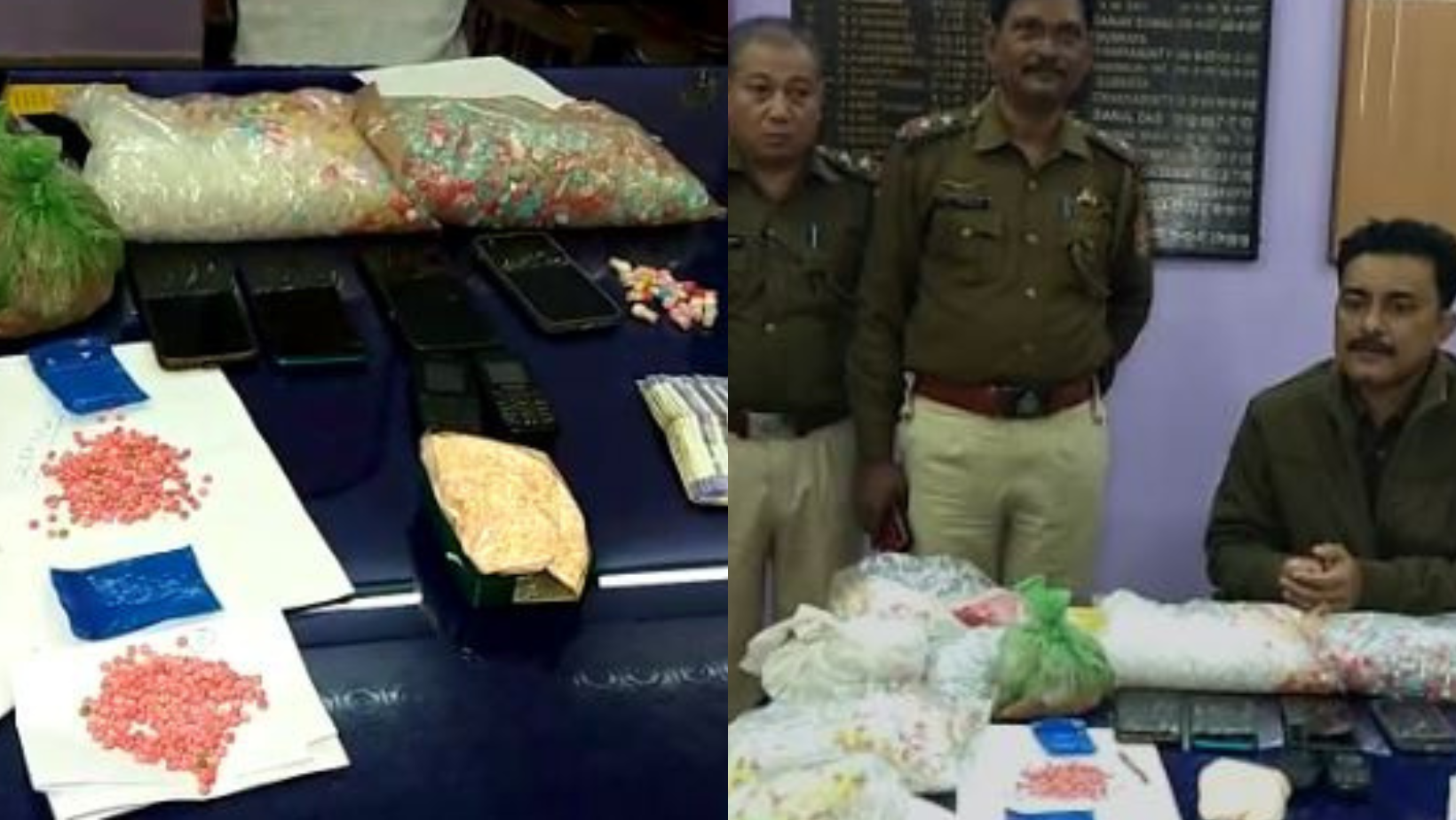 Tripura’s tirade against drugs continues, as the police made latest raids against drug peddlers in the state on Monday late evening.

Three drug peddlers have been apprehended with Yaba tablets and heroin hidden inside a cooking gas cylinder. Beside drugs, cash worth Rs. 14,150, a few mobile phones, motorcycles, and a scooter were recovered from their possession.

The arrested persons were identified as Rahul Roy, Bishal Roy Chowdhury, and Shyamal Debbarma.
Based on a tip-off, a team of West Agartala police officials conducted a raid at the rental room of one Ruma Chowdhury in the Palace Compound area close to the Agartala Press Club.

The Tripura government has launched a drive to make the drug free under the Nesha Mukt Tripura initiative four years ago and has seized the second-highest amount of the drug during the same period in the region, only after Assam.