The saplings of the narcotic substance were cultivated in approximately 0.7 acres of forest land 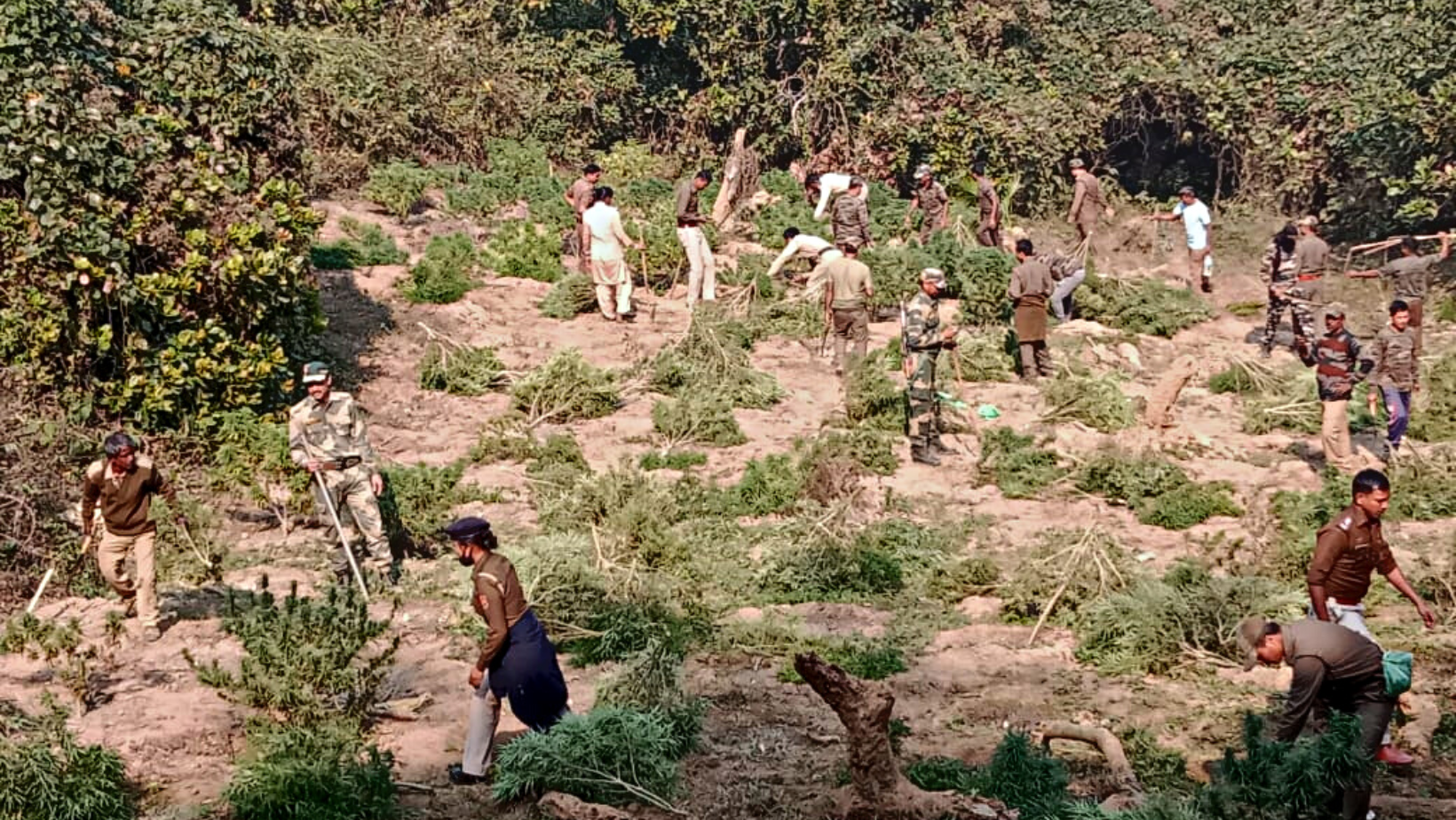 Approximately 1,500 cannabis saplings were destroyed by the Border Security Force (BSF) along with the police and forest officials in Tripura’s border out-post Kamalpur area as part of a special drive against narcotics.
As per the BSF, the narcotic substance saplings were cultivated in approximately 0.7 acres of forest land in the general area of Border Outpost Kamalpur and were destroyed on Saturday by 69 battalion-level BSF personnel.

Earlier on January 7, the Agartala battalion of Assam Rifles seized 150 kg of cannabis worth Rs 55 lakh and also destroyed large-scale cultivation of cannabis plants in the forest areas of Kamalnagar under Sepahijala district. The Radhanagar Battalion of the Agartala sector with Assam rifles seized 226 kg of marijuana worth Rs 90 lakh from Betbagan in Dhalai district of Tripura on January 4.

Strengthening the mission towards making the northeast region drug free, a combined team of Churachandpur Police of Manipur, NAB, and the 1st IRB travelled to the M Songpijang area for destruction of poppy cultivation on January 10. The team destroyed approximately 9 acres of poppy crop.
It is to be mentioned that Manipur police destroyed large areas of poppy plantations across the state in December 2022. A team of Churachandpur district police, along with the 1st IRB, conducted a mass poppy destruction drive in the forest area of Thinghangjang village, Churachandpur district. According to a police source, the joint security team went to the village after receiving information about large-scale poppy plantations. During the drive, around 65 acres of poppy plantations were destroyed and burned down on the spot.