‘Bharat Jodo Yatra’ a 3,500-km long rally is slated to start on the evening of September 7 from Gandhi Mandapam in Kanyakumari and shall be led by Rahul Gandhi 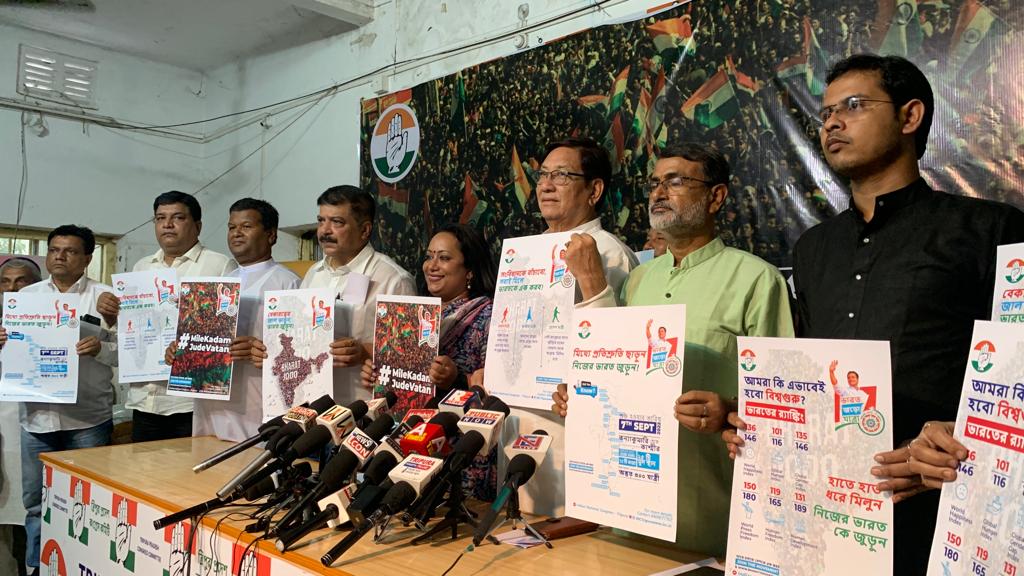 Along with the whole nation on Monday senior Congress leaders of Tripura including state president Birajit Sinha, MLA Sudip Roy Barman, AICC in-charge Tripura Szarita Laitphlang, and heads of various organizing of the party during a press conference at the Congress Bhavan here released the title song of the upcoming ‘Bharat Jodo Yatra’ campaign in Hindi.

Addressing the media Szarita Laitphlang informed that ‘Bharat Jodo Yatra’ a 3,500-km long rally is slated to start on the evening of September 7 from Gandhi Mandapam in Kanyakumari and shall be led by Rahul Gandhi, head of the All India Congress Committee.

She added that the goal of the longest foot rally in years by the Congress party is to take citizens’ concerns and discuss various national issues like inflation, unemployment, and social tensions besides threats to democracy and raise them to the Centre.

The campaign will be officially launched on September 8 from Vivekananda Polytechnic College in Kanyakumari after the congregation of senior Congress leaders there.

The AICC in-charge speaking to NEL informed that there will be the second phase of the ‘Bharat Jodo Yatra’ in which all the northeastern states shall be covered.

She also added that the campaign will be live-streamed on a dedicated website, bharatjodoyatra.in.