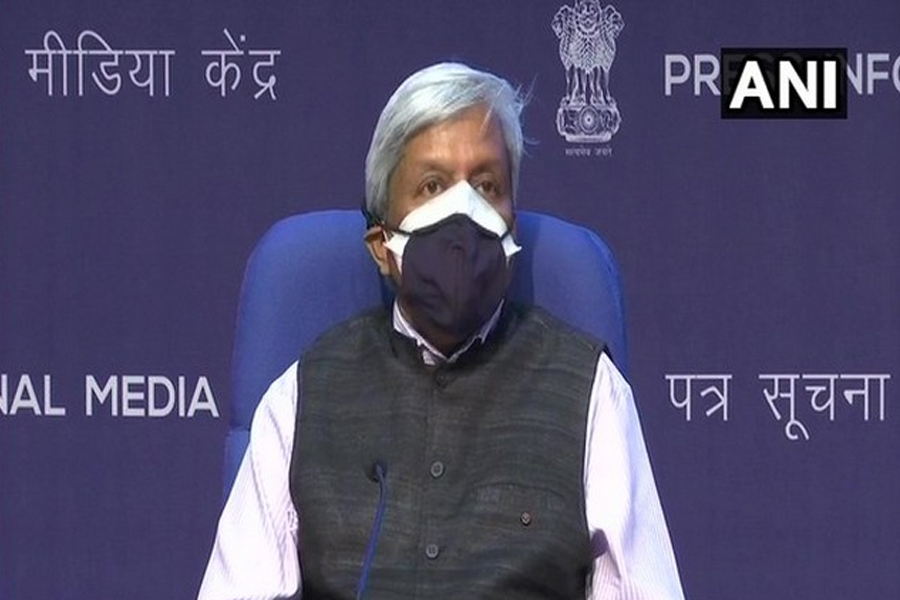 Principal Scientific Advisor to Centre K Vijay Raghavan on Wednesday said that the “third phase” of the COVID-19 is inevitable.

Vijay Raghavan, while briefing the media personnel over the COVID-19 situation in the country said, “Variants are transmitted same as original strain. It does not have the properties of new kinds of transmission. It infects humans in a manner that makes it more transmissible as it gains entry, makes more copies and goes on, same as the original.”

“A phase three is inevitable, given the higher levels of circulating virus but it is not clear on what time scale this phase three will occur. We should prepare for new waves,” the Principal Scientific Advisor said.

“Previous infection and vaccine will cause an adaptive treasure on the virus, a new kind of changes that will escape. Therefore, we should be prepared scientifically to take care of that,” he said.

Vijay Raghavan further said, “Vaccines are effective against current variants. New variants will arise all over the world and in India too but variants that increase transmission will likely plateau. Immune evasive variants and those which lower or increase disease severity will arise going ahead.”

“Scientists of India and all over the world are working to anticipate these kinds of variants and act against them rapidly by early warning and developing modified tools. It is an intense research program, happening in India and abroad,” he added.

“There are some areas of concern. Bengaluru reported around 1.49 lakh cases in the last one week. Chennai reported 38,000 cases. Some districts have recorded further and speedy COVID cases, which include Kozhikode, Ernakulam, Gurugram,” the Joint Secretary said.

He further said that around 2.4 per cent day-on-day growth in COVID cases has been noticed.

“An increase in deaths has been noticed too. Maharashtra, Karnataka, Andhra Pradesh, Delhi, and Haryana reported more death cases,” he added. (ANI)