ST status to Meiteis: The STDCM and other organisations backing the demand has intensified their stir with every passing day. 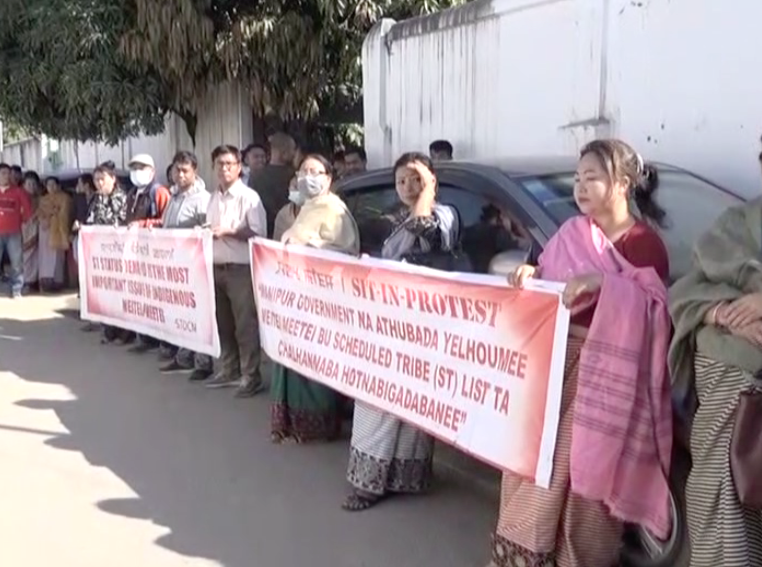 The Scheduled Tribe Demand Committee is steadfast on its demand for granting status to the Meiteis.

As part of its renewed agitation, the Scheduled Tribe Demand Committee of Manipur (STDCM) along with bodies endorsing the demand, flocked the residence of Manipur power minister Thongam Biswajit Singh.

The agitators handed over a memorandum to the minister demanding that he takes necessary initiatives and backs the demand for granting ST status to Meiteis.

Meanwhile, the STDCM leadership informed that they have received a positive response from minister Thongam Biswajit Singh. So far, the STDCM submitted memorandum to 5 ministers out of 8 cabinet ministers belonging to the Meitei community.

But the STDCM is yet to hand over memorandums to Chief Minister N. Biren Singh and his cabinet colleague Govindas Konthoujam.

As per the October 13 People’s convention resolution, the STDCM plans to storm residences of all the ministers, MPs and MLAs to press for its long standing demand.

However, the STDCM is yet to submit memorandum to the MPs and MLAs. 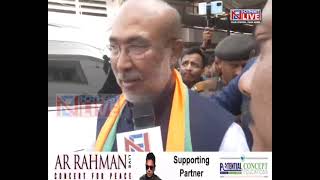 ‘BJP will come back and Northeast will be changed”, says Manipur CM Biren Singh