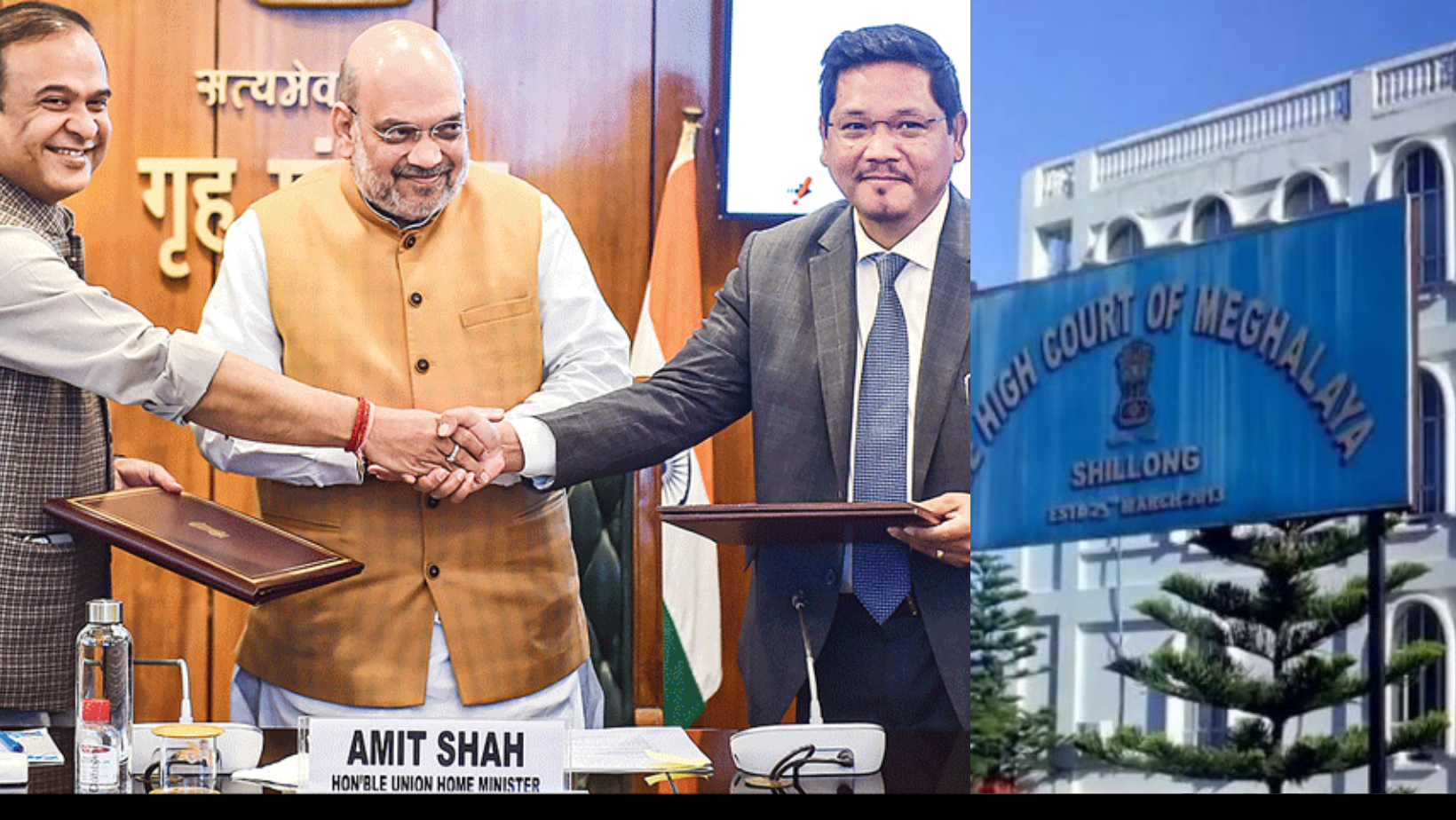 The Meghalaya High Court has ordered an interim stay on the physical demarcation or erection of boundary posts on the ground as mentioned in the inter-state border pact signed between Assam and Meghalaya earlier this year.

The bench headed by Justice H.S. Thangkhiew was hearing petitions filed by four traditional heads of the Khasi Syiemship and Sirdarship of Meghalaya. The stay would be in place till February 6 next year, the next date of hearing.

The four traditional heads had raised objections to the MoU signed on March 29, 2022 by the Chief Ministers of the two states in a bid to resolve the border issues in six of the 12 disputed areas.

The petitioners in their submission said that the impugned MoU was signed without consulting or taking the consent or involving the constitutionally recognized native Chiefs and their Durbars such as the Petitioner Syiems and Sirdar, etc. who fall under the Sixth Schedule of the Constitution and also the Khasi Hills Autonomous District Council.

They also claimed that the MoU violated the provisions of the Sixth Schedule of the constitution as the legislative and executive powers bestowed upon the autonomous district council over subjects like water, soil, land, local customs and culture.

The MoU was signed in the presence of Union Home Minister Amit Shah.

On Wednesday, the High Court issued a notice to the Assam government questioning the maintainability of the MoU.