Assam MLA Sherman Ali has stoked controversy over the eviction drive conducted by the government on the Satra lands. A video of the Baghbor MLA has gone viral where he 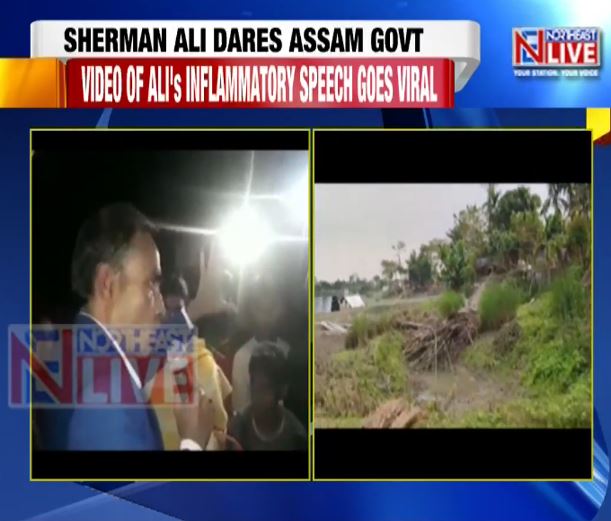 Assam MLA Sherman Ali has stoked controversy over the eviction drive conducted by the government on the Satra lands. A video of the Baghbor MLA has gone viral where he is seen provoking a crowd of people.

Reportedly, Ali went to Bordoli village in his constituency, where large tracts of land belonging to the Vaishnav Satras had been freed by the authorities from the clutches of illegal settlers.

There he tried to provoke the people by giving an inflammatory speech against the government and even uprooted a pillar erected by the authorities on the Satra land as an act of defiance.

In the video, Ali was seen daring the state government as well as the Barpeta district administration, saying that nobody could carry out an eviction in his constituency of Baghbor.

The video also shows Ali telling the people that the BJP would rule the state for another five years but not more than that, and then they would reclaim their lands.

Ali was referring to the large tracts of land that the government had freed from the grip of illegal settlers and which belonged to the Vaishnav Satras.

Now let’s take a look at the viral video where Ali can be seen making the provocative statements. Meanwhile, block officer Sonbar Sutia recounted the incident as to how the Baghbor MLA gathered a crowd and tried to stir trouble by provoking them.