SFI state secretary, Sandipan Deb alleged that the ruling BJP leaders are involved in various incidents of rape, drug and violence but are not getting arrested 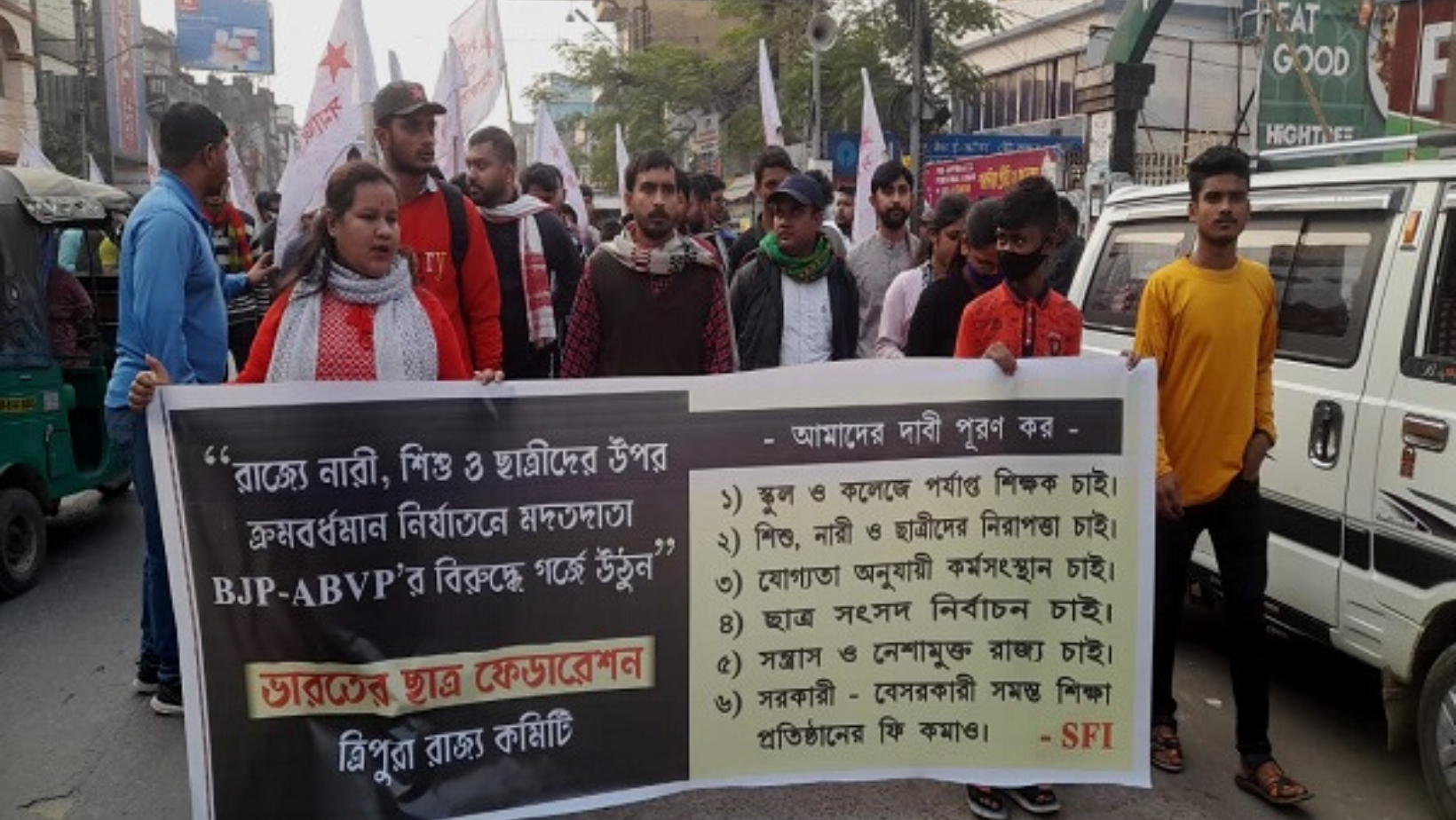 Opposition CPIM’s Students Federation of India (SFI), Tripura State Committee, held a mass protest rally in the capital city on Monday against massive teacher shortages across all schools, as well as crime against women, drug abuse, violence, and no arrests by police because ruling party leaders and supporters are involved in criminal activities.

SFI state secretary, Sandipan Deb alleged that the ruling BJP leaders are involved in various incidents of rape, drug use, and violence but are not getting arrested.

Hundreds of protesters with flags demanded the government’s removal from power, claiming that it had failed to protect the public from violence, drugs, and rising prices, as well as to provide quality education and other basic services.