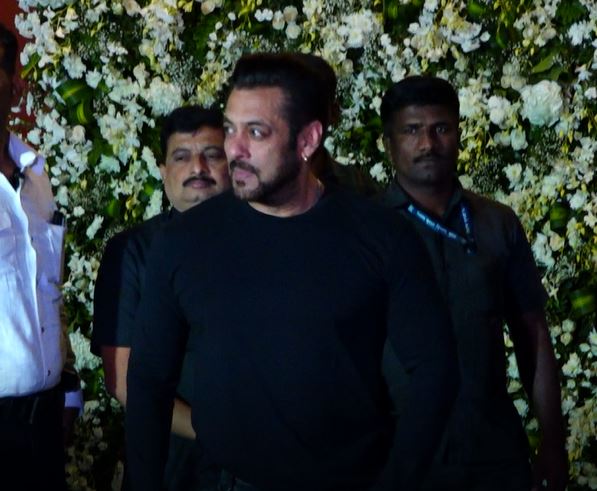 Our beloved ‘Bhaijaan’ was spotted at the venue in an all-black ensemble and was seen starting off his bash by cutting a cake with the paparazzi. His birthday bash saw his family and close friends from the industry.

The megastar was spotted in a black t-shirt with black jeans, and after cutting the cake with the media, he thanked them all for their love. A lot of his industry buddies showed up to celebrate his special day with him. Salman’s sister Arpita Khan came in with her husband Aayush Sharma.

Not just this, Arpita Khan Sharma and Aayush Sharma’s daughter Ayat Sharma share her birthday with her uncle Salman Khan. The couple who got married in the year 2014 are parents to a six-year-old son Ahil and were blessed with their second child, a baby girl Ayat born on December 27, 2019, who just turned three on Tuesday.

Speaking of Salman’s projects, he has recently finished shooting for ‘Kisi Ka Bhai Kisi Ki Jaan’. It is an action-packed entertainer directed by Farhad Samji and also features Pooja Hegde and Venkatesh Daggubati in the lead.

Shehnaaz Gill, Palak Tiwari and Vijender Singh are also a part of the film. The film is now slated to hit the theatres on Eid 2023.

Recently, the ‘Sultan’ actor also announced the new release date of his following action thriller film ‘Tiger 3’ which was previously scheduled to hit the theatres on April 23, 2023, and will now be releasing on the occasion of Diwali 2023.