A man on the other side of the road is seen sprinting as a furious elephant runs amok and kicks a bike that was parked on the road. 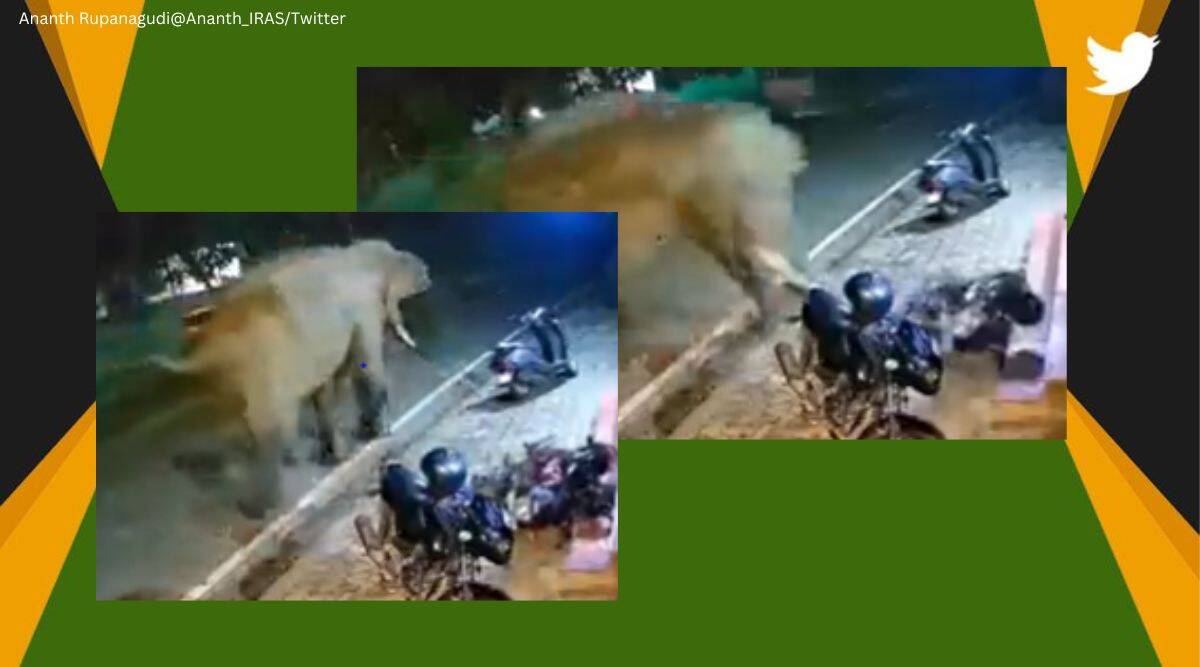 As per traffic rules, vehicles are not supposed to be parked on the main road. However, traffic rules go for a toss due to the callous behaviour of motorists. However, a bike rider had to bear the brunt of parking a two-wheeler on the road as the vehicle got trashed. It was not any law-enforcement agency that acted against violation – but a furious elephant. Yes, you read that right! Now, internet users want the elephant in their town to enforce traffic rules.

The video shared by Railway bureaucrat Ananth Rupanagudi shows people gathered in the street curiously staring at a certain point. In a split second, they are seen running away hurriedly and escaping. A man on the other side of the road is seen sprinting as a furious elephant runs amok and kicks a bike that was parked on the road. The pachyderm is then seen walking away in rage.

Rupanangudi captioned the clip, “No parking on the Road means No parking! #parking #Elephant.” Since being shared on Tuesday, the clip has amassed more than 78,300 views on Twitter.

Several users poked fun at the video and said that the elephant can keep traffic rules violations at bay in several places. A user commented, “We need this big fellow in Delhi desperately.” Another user wrote, “Ronaldo Kick!!!” A third user commented, “That’s a very strict application of traffic policy by the four-legged creature, interesting share.”

In December last year, an elephant ran amok while a newlywed couple posed for photographs in front of Guruvayoor temple in Kerala. The agitated elephant was seen lifting a mahout with its tusk as panicked people ran away. Fortunately, the mahout escaped unhurt and the second mahout was able to pacify the elephant.