Rich tributes were paid to former Assam Chief Minister Dr Bhumidhar Barman at the Assam legislative assembly campus and Janata Bhawan in Guwahati  on Monday. Barman, a seven-time MLA had 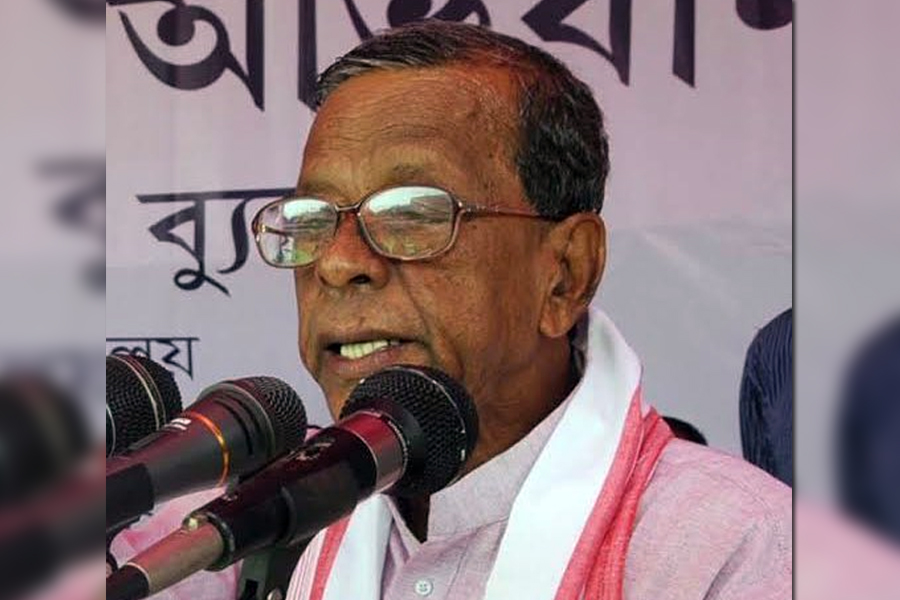 Barman, a seven-time MLA had breathed his last on Sunday evening.

The mortal remains of the veteran Congress man were also taken to the Rajib Bhawan in Guwahati.

The last rites of Dr Barman will be performed at Belsor in Nalbari district on Tuesday.

Born on October 12, 1931 at Belsor, Barman graduated from Assam Medical College, Dibrugarh in 1956. He was first elected as an MLA from Nalbari West constituency in 1967.

Dr. Barman was re-elected in 1972 from the same constituency.

Due to old age, Dr Barman didn’t contest the elections in 2016.

Dr Barman had served in several important positions both in the government and Congress party.

Assam chief minister Sarbananda Sonowal on Sunday took to Twitter to express his grief over the demise of the senior leader.

“Saddened to learn about the demise of former Chief Minister of Assam Dr. Bhumidhar Barman. My sincere condolences to his bereaved family members and well-wishers. Om shanti,” Sonowal tweeted.

“Today we lost a stalwart of Assam politics – former CM and 7-time MLA Late Bhumidhar Barman. I have fond memories of his guidance and affection, starting with my early political career. He leaves behind a rich legacy of good politics & work. We shall miss him. My condolences,” Sarma stated in a tweet.

Final preparations are afoot at Nehru stadium in Guwahati for the auspicious occasion of Vijaya Dashami tomorrow. In a first of its kind programme in Assam, a 3D holographic show which will present a live image of Lord Ram has been set up for tomorrow for the Vijaya Dashami and Dussehra rituals. If that was […]