Cricket Legend and India head coach Rahul Dravid turned 50 birthday on Wednesday. Dravid, commonly known as ‘The Wall’, is renowned for weathering the storm and helping his side turn 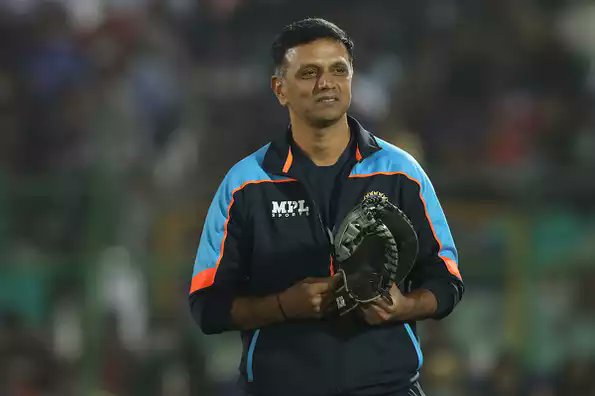 Cricket Legend and India head coach Rahul Dravid turned 50 birthday on Wednesday. Dravid, commonly known as ‘The Wall’, is renowned for weathering the storm and helping his side turn the tables after being completely down and out. Dravid took over the job of head coach of the Senior Men’s Cricket Team in November 2021. He is the only player to be involved in two 300-plus ODI partnerships. He has played 164 Tests, 344 ODIs, and one T20I for India. The batter announced his retirement from international cricket in March 2012. He finished his career with 48 international centuries.On his Birthday, let’s take a look at top records set by ‘The Great Wall’ of Indian Cricket.

Dravid is one of just three batters who have hit a hundred in four consecutive innings. He accomplished this feat against England in 2002, scoring 115 (Nottingham), 148 (Leeds), 217 (The Oval), and an unbroken 100 against the West Indies in Mumbai.

Former Indian Captain and current Head Coach of the India Men’s team finished his international career with a total of 24,208 international runs across all forms.

Under Dravid’s captaincy, India won Test series in England, the West Indies, and Bangladesh, in addition to successes at home. He also led India to their first Test victory on South African soil, as well as the legendary Multan Test innings win in 2004.

Involved in the most number of century partnerships in cricket