Prime accused including 2 others arrested for IED planting in Imphal

Police also recovered 6 electronic digital circuits similar to the device used in the IED and as many as 119 demand letters from his possession. 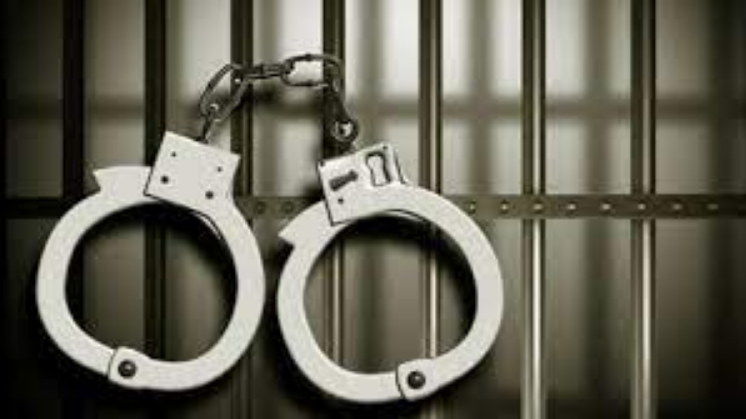 In a big breakthrough, Manipur police have arrested a man said to be the prime suspect behind the planting of an IED in front of the Ward Development Committee Office at Chinga-makha Mais-Nam Leikai in Imphal West, targeting the corporate of ward number 16, Thokchom Eliza for extortion.

The arrest comes barely 3 days after the planting of the IED on September 8.

Police also recovered 6 electronic digital circuits similar to the device used in the IED and as many as 119 demand letters from his possession besides other incriminating items including mobile phones and a pen drive.

Not just this, on follow-up action, police also arrested another man who was allegedly planning to target another corporation in the Thangmei-band area.

Speaking to the media today, SP Ksh Shivakanta said that a team of Imphal West commando conducted an operation at Khongman Zone 3 area based on information about the presence of suspects involved in the planting of IED at Chingamakha Maisnam Leikai yesterday.

In the operation, one person namely Kshetrimayum Bhogendro Singh alias Yai-phaba, 41 yrs, son of late Ksh. Kunja-keshwor Singh of Khongman Zone 3 was detained at his residence.

On preliminary interrogation, the arrested person disclosed that he is an active cadre of proscribed UNLF and started working for the said organization in 2006 under the command of self-styled Major Chaoba.

He also disclosed that he had made numerous monetary demands and threatening phone calls to the general public and government establishments.

Not just this, the arrested person also disclosed that he had handed over 2 digital electronic circuits to one Aheibam Nabin Singh, 48 yrs, son of A Nabakumar Singh of Thangmeiband Yumnam Leikai, who was also subsequently arrested yesterday.

The arrested persons and the seized items have been handed over to Singjamei Police station and remanded into Police custody for further investigation.

The SP maintained that the arrested persons were planning to target other corporators for extortion.

He also appealed to the public to cooperate and report timely to the police whenever they receive threats to prevent any unwanted incidents.